M.M. writes: I received a letter from debt collectors ZZPS Limited, acting for car park company APCOA. The letter demanded £155, saying that I had parked without paying at Gillingham Railway Station in Dorset. I did park there for about 15 minutes while picking up my niece from her train.

My Disabled Blue Badge was on the dashboard, and I was parked in a Disabled bay. I am over 80 and receive a minimum pension, which I am very grateful for, but I think it is outrageous to be told to pay a £70 ‘administration fee’ on top of the £85 penalty itself.

Demand: The station car park where our reader was fined

Tony Hetherington replies: There is a lot that is outrageous about what happened to you, but when I read the letter from ZZPS, the part that jumped off the page was that you were being threatened with criminal prosecution in a magistrates’ court.

Normally, allegations of failing to pay a car park fee are dealt with like any debt in the county court system, because it is a civil offence, not a crime. But ZZPS is clearly aware that railway car parks are special. They are regarded as part of the railway system, so offenders can be criminally prosecuted for trespassing on the railway.

Who can afford to take this threat lightly, whatever the rights or wrongs of the alleged parking offence?

You say that you weren’t even given the chance to pay the £85 penalty before it rocketed to £155. The first you knew of all this, you say, was the arrival on your doormat of the ZZPS threat to prosecute you.

Gillingham Station is run by South Western Railway, but the car park is administered by APCOA, which told me you had exceeded the 20 minutes allowed for dropping off or picking up at the station.

That said, APCOA had already realised that postal disruption meant you had not received the original £85 demand. It cancelled the demand completely, and as you had already paid, it fairly decided to give you a complete refund of the £155 you paid. 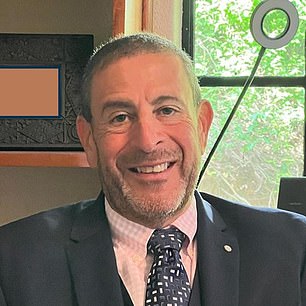 South Western Railway told me that anyone with a Blue Badge can drop off and pick up passengers free of charge within 20 minutes. But so can any other driver.

There are a small number of Disabled bays at the station – but you have to pay to park there. Your Blue Badge meant nothing to the railway company.

I contacted Gary Osner, the owner of debt collectors ZZPS, to invite his comments. I received a reply saying the company regarded the matter as closed.

When I pressed for a comment about threatening to prosecute a disabled driver in his 80s, Osner’s unsigned response was: ‘We appreciate the actual facts do not lend themselves to the story you wish to publish. However, as far as we are advised by the car park operator the matter is resolved and does not warrant the slanderous spin you wish to publish.’

ZZPS went on: ‘There has been no wrongdoing on our behalf and we provide this information to you in good faith and in the interests of your understanding. However, we do not consent to this email or any part thereof being quoted in your news report.’

Well Gary, how did that work out for you?

I did wonder why Osner was so touchy, while his client APCOA was so much more sensible and diplomatic. Osner specialises in collecting car park debts to the extent that he is a member of the board of the industry body, the British Parking Association.

He is on record as saying: ‘I created the model of ‘admin fees’ for debt recovery because ticket value was so low that nobody would make any money. Parking is business and business is about money, after all.’

And that explains why your initial £85 penalty had an extra £70 slapped on top. It was not Gary ‘Business is about money’ Osner’s share, it was his invention.

Ms M.S. writes: We booked a two-week holiday with Imagine Cruising. This included flying to Greece to pick up the ship there, but when we got to Gatwick we spent almost four hours on the aircraft and were then told the flight was cancelled.

Tony Hetherington replies: The cancellation was bad, but then things got worse. Imagine Cruising told you to stay in an airport hotel overnight and it would reimburse you later. Next day, you were told to get a taxi to Heathrow and spend another night there, again with the promise of reimbursement.

The following day you did manage to fly to Heraklion, with Imagine telling you to spend three days there and then catch a flight to Athens to pick up the ship. But in Heraklion you and three other couples found no transport waiting as Imagine had forgotten to arrange it.

Eventually, you got to the ship and the cruise itself was fine, but after spending £6,000 on the whole package, you had not expected all the extra expenses, and then to have to email and phone repeatedly to try to get the promised reimbursement.

Imagine Cruising has told me that it paid £1,500 to get you on the first possible flight from Heathrow, but also apologised, saying that the need to reimburse you for extra costs you met were ‘miscommunicated’ within the company.

Immediately I made contact, Imagine paid you £662 to cover all your costs, followed by almost £700 to compensate for the delayed flight.