Tony Blair and Gordon Brown are to snub a celebration to mark the 100th anniversary of Chequers as the Prime Minister’s country residence, it was revealed last night.

All former PMs have been invited to the event next Saturday – but the two ex-Labour leaders said they are unable to attend.

Boris Johnson will host the function at the 16th century house in Buckinghamshire. All three surviving former Conservative PMs – Sir John Major, David Cameron and Theresa May – are expected to be present.

Tony Blair and Gordon Brown, pictured, will not attend a party to celebrate the 100th anniversary of the start of Chequers being used as an official retreat for the serving prime minister 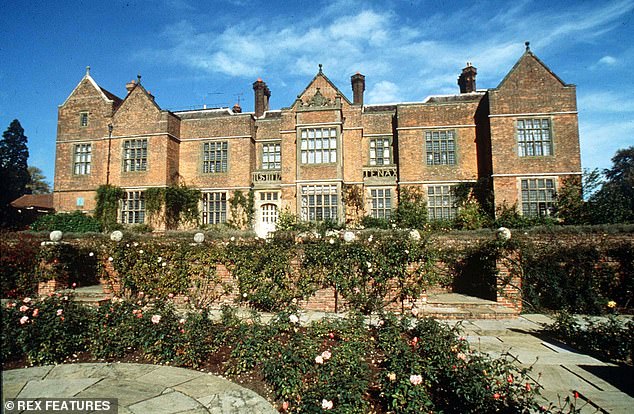 Chequers, pictured, was handed over to the nation in 1917 for the use of the serving PM 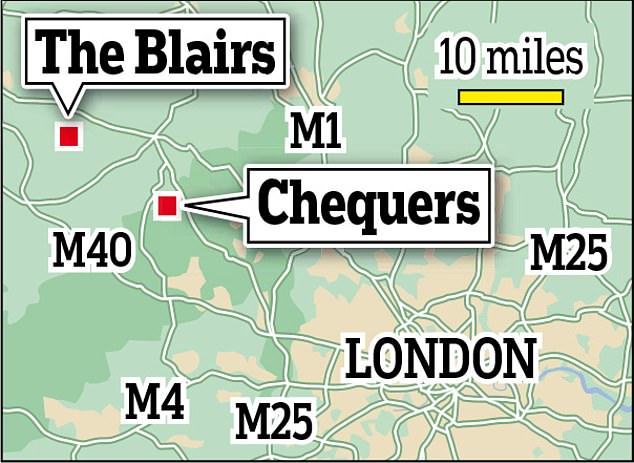 But Mr Blair and Mr Brown said they were invited at short notice and already have other plans.

It comes despite Mr Blair living just 15 miles from Chequers. He owns a seven-bedroom Grade I listed mansion in Wotton Underwood, Buckinghamshire.

Chequers was handed to the nation in 1917 as a country retreat for the serving prime minister.

The house was handed over by Tory MP Sir Arthur Lee after he noted that, traditionally, prime ministers had been from the landed gentry and had country residences of their own in which to entertain foreign dignitaries or simply to relax.

Sir Arthur said that with the advent of democracy, leaders were now much less likely to own mansions, meaning they needed somewhere of their own to relax.

A spokesman for Mr Blair said he had not pulled out of the event as he had never said he was going. And existing commitments meant he was unable to attend, she said.

While a spokesman for the Office of Gordon and Sarah Brown said the couple was invited ‘one month ago to an event a few days from now on September 18’ – but due to the ‘short notice’ they cannot change their pre-arranged plans, adding: ‘There is no question of them “pulling out” of a pre-agreed arrangement.’

Mrs May will apparently attend the event. Mr Cameron’s spokesman would not confirm, while Sir John’s office did not respond.

The house was built in around 1565 between the towns of Princes Risborough and Wendover. The Chequers Estate Act 1917 created a trust allowing PMs to use the mansion. It has been a favourite of many leaders, with Margaret Thatcher saying: ‘I do not think anyone has stayed long at Chequers without falling in love with it.’

Mrs Thatcher invited Mikhail Gorbachev for talks there months before he became Soviet leader, setting in train the events which led to the end of the Cold War.

Mrs May held an important meeting of her Cabinet to thrash out her Brexit deal in 2018 –prompting Mr Johnson to resign as her foreign secretary just days later. And after he took over as PM, Mr Johnson chose to recover at Chequers after being hospitalised with Covid.

Chequers houses one of the largest collections of art and memorabilia related to Oliver Cromwell in the country. It also contains many other national antiques and books, held in its ‘long room’, including a diary of Admiral Lord Nelson.

While prime ministers can visit Chequers, there are also two other grace-and-favour houses for others. The Chancellor can make use of Dorneywood in Buckinghamshire, while the Foreign Secretary can stay at Chevening in Kent.