Tony Abbott has blasted the ‘snitch’ who reported him to police for not wearing a mask while talking to a friend during lockdown.

The former prime minister copped a $500 fine after he was spotted without a mask by the beach at Manly on Sydney’s northern beaches on Wednesday morning.

‘I just want to say two things. First, I believe that I was well within the law, reasonably interpreted,’ he told reporters on Saturday.

‘Second, I never thought dobbing and snitching was part of the Australian character.

‘I think as soon as we can leave this health police state mindset behind us, the better for everyone.’ 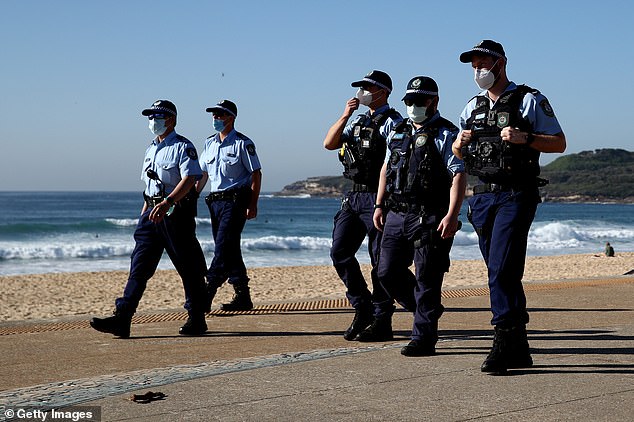 NSW Health Minister Brad Hazzard has not commented on the situation, urging the public as a whole to comply with health orders

‘It does not matter who you are, whatever station you have in life. There are [health] orders,’ he said.

‘Nobody likes to have these orders, but it is to keep everybody safe and I hope people will comply with the orders.’

Mr Abbott was photographed without a mask by an onlooker near Fairy Bower on Wednesday morning.

All Sydneysiders are permitted to exercise but must carry a mask with them at all times.

The former PM claimed he had been exercising at the time and drinking a coffee, and therefore wasn’t required to wear a face covering.

Look, I regard myself as having been at all times within the rules. I was surfing. That’s exercise. I was with one other person. That’s permitted. I then walked briskly to the coffee shop, that’s permitted,’ he said.

‘I didn’t have a mask on while I was drinking coffee. That’s permitted. So, all ridgy didgy even under the current rather oppressive regime.’ 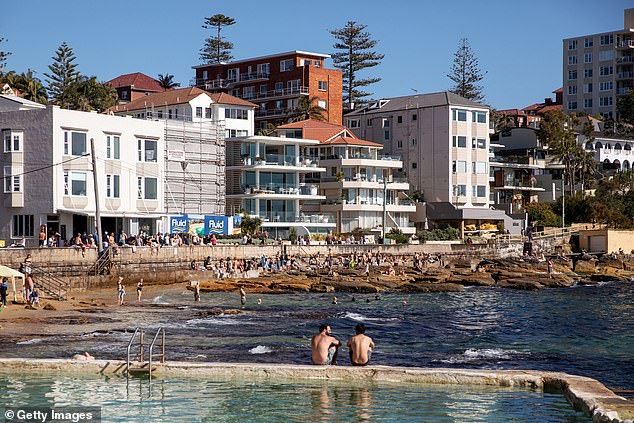 Mr Abbott being dobbed in by a local makes concerns he aired just a week ago about the behaviour of Australians in lockdown eerily prescient.

‘There are aspects of contemporary Australia, which I personally find a little bit unsettling,’ he told the Australia’s Heartland with Tony Abbott podcast by the libertarian Institute of Public Affairs think tank.

‘The readiness of people to dob and snitch on their neighbours worries me a lot, frankly.’

Mr Abbott likened those who called the cops to dob in someone for not having a face mask to the secret police in communist East Germany.

‘If you’re walking down the street and you see someone come out of his house without a mask and you call the police, well, frankly, that’s just Stasi-like behaviour,’ he said. 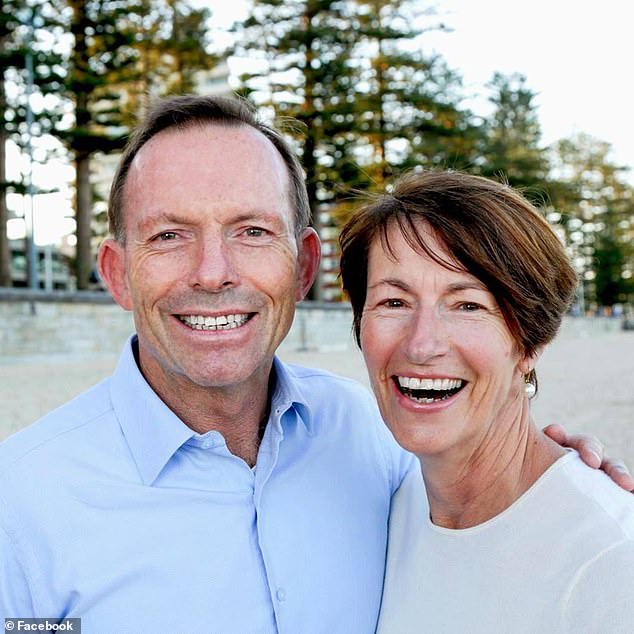 But he clarified: ‘Look, if you’re walking down the street and you see a burglary taking place or an assault taking place, it’s only right and proper that you should call the police.’

The witness who dobbed the former Australian leader in claimed they heard Mr Abbott tell his friend ‘s**t, I don’t have my mask’.

‘When the premier says ‘people should use their judgement’, this shows that even a former leader of this country can’t even be trusted to use his judgement,’ the witness told news.com.au.

Mr Abbott isn’t the only Australian politician to be dobbed in for not complying with the health orders.

Deputy Prime Minister Barnaby Joyce had to fork out $200 after he was caught not wearing a mask while stopping at a petrol station in the NSW town of Armidale in June.

A local saw Mr Joyce maskless and phoned authorities, who then fined him. 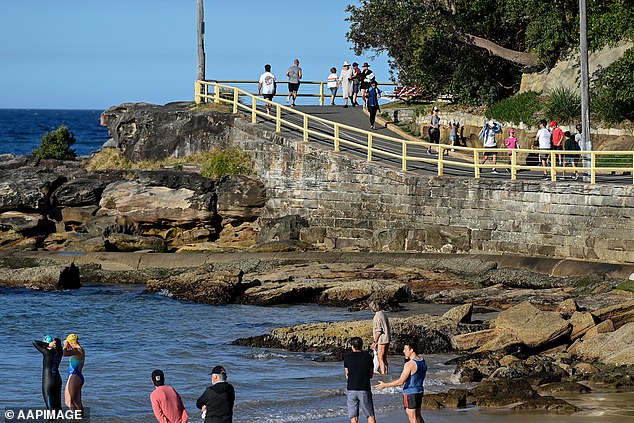 Sydneysiders risk a $500 fine for not wearing a mask outdoors unless they’re exercising, eating or drinking (pictured Sydneysiders exercising at Manly Beach)