Eight years later it has continued to shock the world after being thrust back into the limelight by Ryan Dunn and Toni Lodge, the hosts of the Toni and Ryan Podcast.

The show hosts were in shocked as the red the woman’s Tweet, which hasn’t appeared to have aged a single day.

In this case, unfortunately, resulting in ‘fingerme’ which was set to be used as an email address and username for four years.

As he was explaining his co-host, Toni, covered her mouth in shock.

Before declaring there should be a clerk to pick up on awkward combinations.

This left her equally shocked co-host in stitches.

The pair laughed about other possible combinations but even found the g-rated options hilarious.

Would you use the email and username?

They posted the funny segment on their Instagram on Wednesday where it quickly went viral.

‘Four ROUGH years ahead for Megan,’ Jon wrote in the caption.

The post has been seen 242k times, and has attracted thousands of likes and comments.

‘I just listened to this part on my way home from work yesterday and I absolutely lost it in the car. I’m talkin hitting my steering wheel and throwing my head back cackling so hard! It was just what I needed driving home from work,’ one man said.

‘You could have soo much fun with that when people ask for her email she can say ‘finger me’ and they would be like ‘pardon’ and she would be like yeah, legend,’ another added.

And it appears Megan isn’t the first, or last, person to have their name turned into a punchline following an administrative decision.

‘My SAT test one was MILKMI,’ one woman complained. 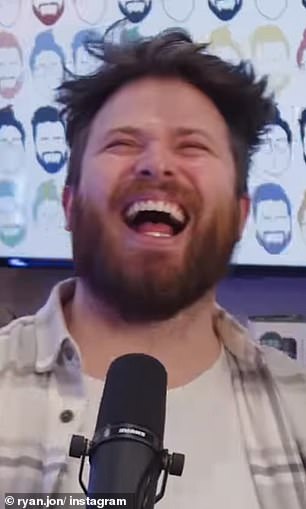 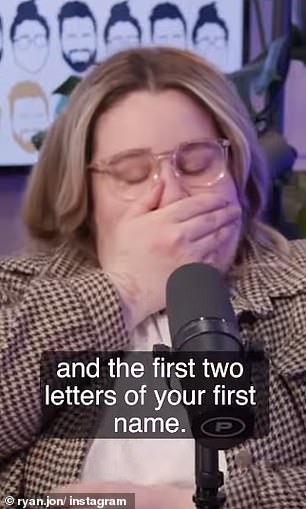 As another explained: ‘We had our first initial and then full surname at high school. I went to school with a girl who’s surname was Nusrat, first name began with an ‘A’. Anusrat.’

‘When I was an exchange student at Iceland’s University, they used the first 2 letters of your first and last name, then student@haskoliisland.is in one go..my name is Pernille Nicolaisen, so my email was Penistudent,’ said another.

Some admin staff revealed they do get the final say when it comes to awkward usernames.

‘I create accounts for people at me work and we do first initial last name and one day I had a Steve Hart, so username woulda been SHart.

Others shared their stories on an amusing Reddit thread

‘I decided this morning would be a good time to email my friend “just had an amazing poo, thought you should know”. However, I accidentally sent this to a different contact with the same first name who happens to be the lead game designer at a local company where I interviewed a couple of years ago.’

‘I was writing my girlfriend a email, instead, I selected my Boss, Serge. “OMG I LUV U LOTS BABY’ or something like that. I saw what I did and sent him a email explaining what I just did.’

‘Several years ago, I typed up an email to my shrink detailing how I felt more attracted to women than to men. Unfortunately, I accidentally sent it to my husband instead of my shrink.’

I do tech support with a friend of mine and he was finishing for the day, so he forwarded me an email from a client and wrote at the top, “I don’t have time for this.” Needless to say he somehow managed to send this to the client too, who promptly replied: “Well when will you have time?”.

‘I asked my boss if I should go with something else and my boss looked at me all confused, even after explaining to him what ‘Shart’ meant and he told me no one else would make the connection if he didn’t – I decided to still give him ‘sthart’ instead,’ one woman said.

Others took the opportunity to ‘roast’ Megan – proving the awkward moments connected to her university username and email address have outlasted  her four-year study term.

With hundreds leaving comments, including former students of the university.

‘I see they haven’t changed a bit. Girl I knew, username was Beerbowl,’ one man said.