You can tell life is edging slowly back to normality when people stop dwelling on the possibility of imminent death and start turning their minds once again to the wonderfully trivial obsessions that help to make the world go round.

So it is that I’ve been delighted to see so many getting hot under the collar about issues which, viewed in the context of the eternal mysteries of life and death, can hardly be said to matter a damn.

Take the gloriously inconsequential storm in a teacup raging on the internet over the perennially controversial question of how to brew the perfect cuppa.

For those who missed it, the row began when an American woman living in the UK posted a video demonstrating her method of making ‘hot tea’ to users of the social media platform TikTok.

To the horror of many Britons who watched it, ‘Michelle from North Carolina’ mixed a third of a cup of milk with Tang orange mix (whatever that may be), powdered lemonade, cinnamon and cloves before adding a huge quantity of sugar.

At this point, she dunked in a teabag and put the whole concoction in the microwave. ‘It’s how this American girl likes it,’ she said.

‘Michelle from North Carolina’ (above) caused controversy after mixing a third of a cup of milk with Tang orange mix (whatever that may be), powdered lemonade, cinnamon and cloves before adding a huge quantity of sugar, saying ‘It’s how this American girl likes it’

Enough to say that the recipe will have set my dear late mother spinning in her grave. For most of her life, before she developed a taste for fancy infusions in her old age, she had the strongest possible views on how to brew tea properly.

This meant loose leaves — not bags — spooned into a china pot pre-warmed by holding it over the spout of the kettle. As for sugar, this was anathema to her. It destroyed the taste, she said, and she thought I was mad to take it in my tea.

On only one point would she have agreed with Michelle. Though she was well aware of the old-fashioned snobbish prejudice against putting the Milk In First (‘they’re frightfully MIF, my dear’), my mother insisted that there were sound chemical reasons for adding hot tea to cold milk, rather than the other way round.

She would never have it any other way — though she would certainly have recoiled at the very thought of putting in more than the merest dash of milk.

Sure enough, it turns out that many among the living share what would certainly have been my mother’s outrage over the video. So appalled was Davina McCall that she described it as a ‘call to war’.

And now the dispute has gone all the way up to diplomatic level, with the UK’s ambassador to Washington entering the fray via a video posted on Twitter.

In a reference to the Boston Tea Party which presaged the American Revolution, Her Excellency Karen Pierce declared: ‘The Anglo-American relationship is defined by tea, and we’ve had a number of requests to show how to make a real cup of tea. Here are my military advisers.’

There followed demonstrations by representatives of the Army, the Royal Navy and the Air Force of their versions of the perfect cuppa — all of which would have horrified my late mum (the soldier, for example, uses powdered milk!).

After months of almost unrelieved gloom, what a relief it is that disputes such as these — which, let’s face it, are less than important in the great scheme of things — are starting to occupy our minds and fill the letters pages of the papers again.

It’s the surest sign yet that we’re shaking off our obsession with death, disease and bereavement and recovering our interest in the little things that mattered so much before the pandemic panic began. 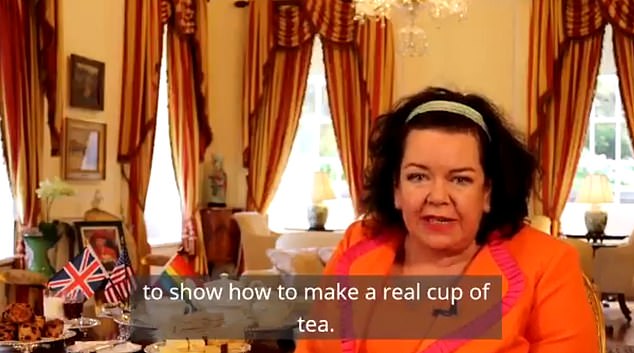 The tea dispute went all the way up to diplomatic level, with the UK’s ambassador to Washington Karen Pierce (above) entering the fray via a video posted on Twitter

Consider the sublimely fatuous debate raging in Australia over whether chess is a racist game . . . because convention dictates that white moves first.

Heaven knows, I’m not disputing that racism — often subconscious, often less so — is a very serious matter that needs addressing. But though it is true that the player who moves first has a slight advantage in chess (statistics collected since 1851 suggest white tends to win between 52 and 56 per cent of games between grandmasters), how can anyone seriously suggest that this makes the game racist?

If you ask me, the proper reaction to such nonsense is simply to laugh. After all, at a time when racial minorities have quite enough genuine grievances to protest about, why manufacture fake ones?

But this hasn’t stopped some working themselves up into a lather about the suggestion. Take John Adams, 38, a former member of the Australian Chess Federation. When the Australian Broadcasting Company invited him to join a debate on the subject, he flew into a rage, describing the proposal as ‘bulls***’ and ‘irrelevant’.

‘The ABC have taken the view that chess is RACIST given that white always go first!’ he tweeted, furiously.

‘They are seeking comment from a chess official as to whether the rules of chess need to be altered! Trust the taxpayer funded national broadcaster to apply ideological Marxist frameworks to anything & everything! With all the drama resulting from COVID-19, I am amazed that the ABC is broadcasting on irrelevant topics.’

Well, I see what he means — and I wish our own national broadcaster hadn’t appointed itself the uncritical spokesman for that highly secretive anti-capitalist group, Black Lives Matter.

But imagine how grim life would be if there were nothing on TV apart from stories about death and disease. Bring on the debate about whether or not chess is racist, say I. Just forgive me if I laugh.

But the prize for biggest mountain built from a molehill must surely go to footballer’s wife Rebekah Vardy, who is suing fellow Wag Coleen Rooney over the hilarious Wagatha Christie affair, which delighted so many of us in October last year. If the case proceeds to trial, court costs alone are expected to reach £500,000 on each side. 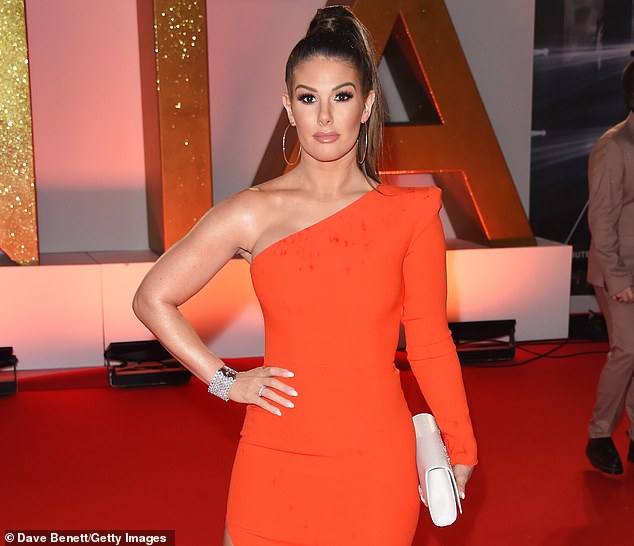 Footballer’s wife Rebekah Vardy (pictured in 2019) is suing fellow Wag Coleen Rooney over the hilarious Wagatha Christie affair, which delighted so many of us in October last year

As followers of the saga will be aware, the dispute blew up when Mrs Rooney, 34 — wife of former England star Wayne —adopted sleuthing techniques worthy of Hercule Poirot before accusing Mrs Vardy of being the source of leaks about her in The Sun.

Now, I can see that if Mrs Vardy is innocent, she has reason to feel aggrieved — particularly since she has apparently been subjected to vile abuse from internet trolls.

But I can’t help being reminded of my late friend and fellow journalist Alan Watkins’s brilliant three-word put-down from the witness box when he was sued for writing that Labour’s Michael Meacher was the ineffably middle-class son of a trained accountant, and not the farm labourer’s boy he pretended to be.

At one point in the proceedings, Alan snorted with mirth — at which Mr Meacher’s barrister uttered the pompous rebuke: ‘You laugh, Mr Watkins. Do you not realise that this is an extremely serious matter.’

Unintimidated, my friend shot back with the devastating truth: ‘No it isn’t!’

Come along, Mrs Vardy. Whether or not you’ve been falsely accused, it’s not too late to regain your sense of proportion. Or can you really not think of better ways of spending £1 million than stuffing it into the pockets of lawyers?

Still, I suppose it all adds to the gaiety of a nation much in need of cheering up.

Mind you, I’m not one to mock. At the height of the official scaremongering over the pandemic, I started thinking that nothing much mattered apart from the possibility that I might die a horrible death within a fortnight. But now that it seems I may be around for a while yet (touch wood!), I find myself obsessing once again about utterly trivial matters.

Why does everyone on the BBC pronounce ‘lido’ as ‘lie-doh’, when it should so clearly be ‘lee-doh’? Why does Mrs U always lay the table with the blades of the knives pointing outwards, instead of towards the plate? And why do so many snowflakes begin every sentence with the word ‘so’ (a friend suggests we should re-christen them so-flakes accordingly).

When so many are dying, these are not issues of the greatest importance.

But the sad truth is that we’re all going to die one day.

Until we do, let’s resolve to stop obsessing about it — and fret instead about the right way to brew the perfect cup of tea.