Everything but the kitchen sink! Tom Hanks jets out of Sydney after attending the premiere of Baz Luhrmann’s Elvis biopic with two trolleys of luggage

Tom Hanks was the star of the show at Baz Luhrmann’s Elvis premiere in Sydney and the Gold Coast over the weekend.

And on Monday, the actor, 65, who plays Elvis’ manager Colonel Tom Parker in the movie, jetted out of Sydney Airport after attending the premiere.

The Philadelphia Oscar winner kept a low profile in sunglasses and a face mask as he arrived to the airport.

Going back home: Tom Hanks kept things casual in an all-black ensemble as he jetted out of Sydney after attending the premiere of Baz Luhrmann’s Elvis biopic

Tom dressed casually in black pants, a matching coloured jacket and black shoes as he walked alongside his bodyguard.

The film stars Tom as Elvis’ manager Colonel Tom Parker, who was infamous for cheating the music icon out of a fair share of royalties for his songs.

But the actor believes that Parker should be recognised for his part in making Elvis a megastar. 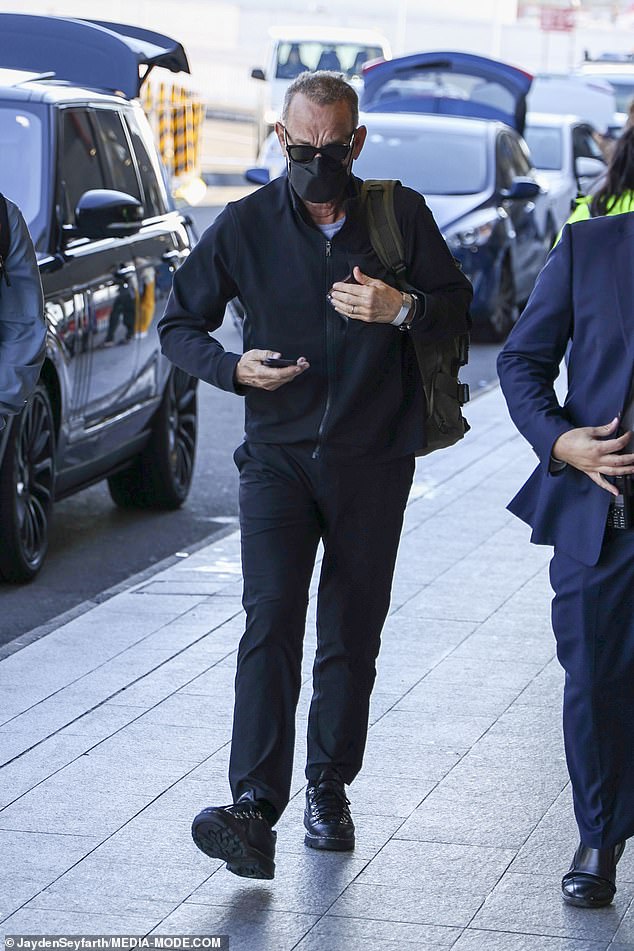 Low profile: The Philadelphia Oscar winner kept a low profile in sunglasses and a face mask as he arrived to the airport

Hanks said: ‘I’ve heard from many people that he was a delightful guy, lit up every room. Was he a cheap crook who played fast and loose with the money? Yeah, (but) he brought joy to everything he did. With just a little bit of larceny.

‘Baz said there was no Elvis without Colonel Tom Parker, it was a completely symbiotic relationship.

‘You have to give him credit and see the reality that the amount of ways Colonel Parker cheated people out of nickles and dimes was extraordinary.’ 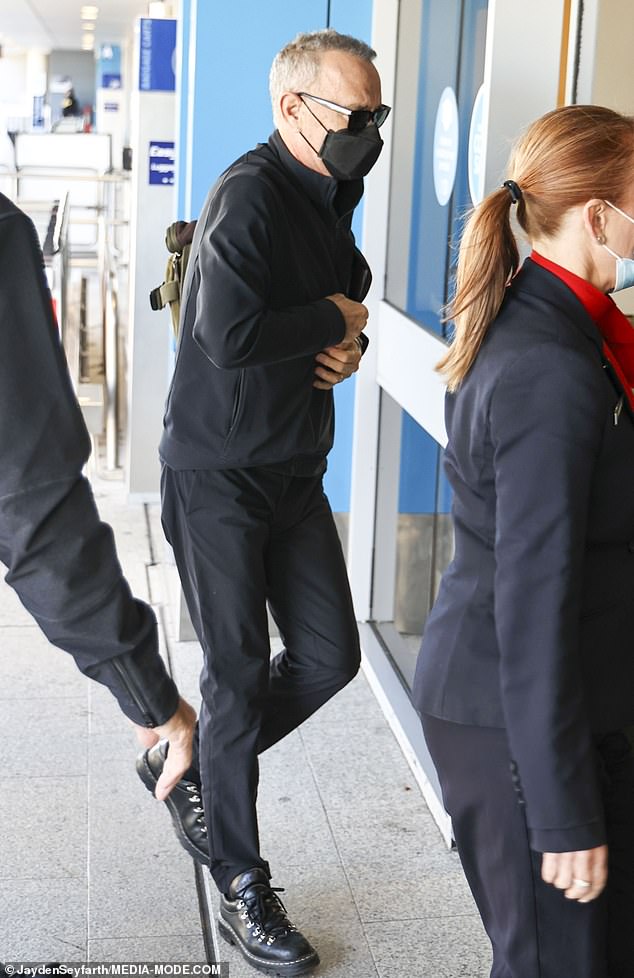 Casual: Tom dressed casually in black pants, a matching coloured jacket and black shoes as he walked alongside his bodyguard

Luhrmann’s movie follows Elvis from his childhood poverty through his emergence as a global superstar before his untimely death at the age of just 42 in 1977 and the director wants audiences to have an immersive experience when watching the film.

The Moulin Rouge! director said he wanted fans to know Elvis was the original punk rocker.

‘I want the audience who don’t care about Elvis to feel what it was like to be there (when he first performed). He was the original punk rocker.’ 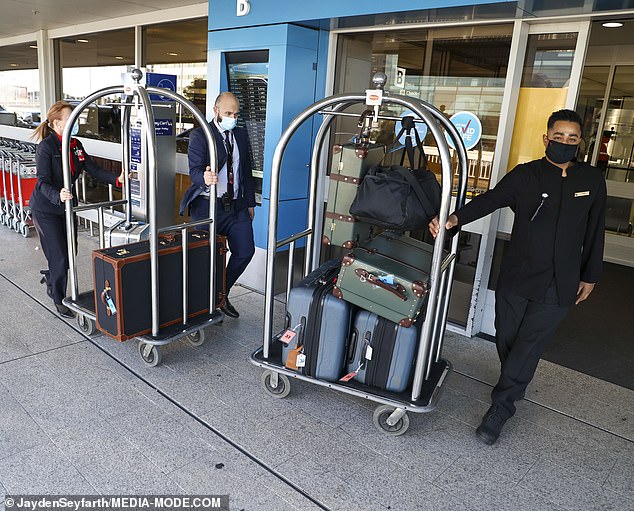