EXPRESS INFORMER > Sports > Tom Brady refuses to rule out retirement, says he is ‘going to go home and get a good night’s sleep’

Tom Brady had a career high number of passing attempts, but couldn’t find much success when it came to scoring as his Buccaneers fell in the NFC Wild Card round to the Dallas Cowboys on Monday night – leaving his future up in the air.

In the aftermath of the 31-14 loss to the Cowboys, Brady didn’t seem ready to reveal what’s next for him in the post-game press conference.

‘I’m going to go home and get a good night’s sleep,’ Brady responded when asked about his future.

‘Or as good as I can tonight. … This has been a lot of focus on this game, so it’ll just be one day at a time, truly.’ 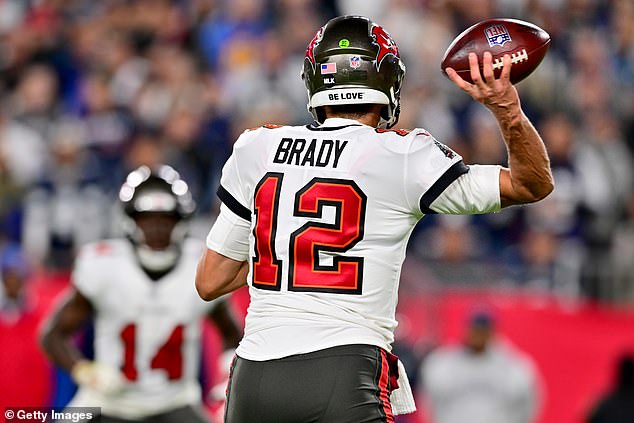 Brady attempted 66 passes, completing 35 of them in a 31-14 loss to the Dallas Cowboys

Brady ended his press conference with some positive parting words for the Buccaneers organization and the media.

‘I love this organization. It’s a great place to be. Thank you everybody for welcoming me. Just very grateful for the respect and I hope I gave it back to you guys,’ Brady said.

After falling in last year’s NFC Divisional round to the eventual Super Bowl champion Los Angeles Rams, Brady announced he was retiring from the sport.

He then made the shocking decision to come out of retirement in early March of 2022 and returned to the Tampa Bay Buccaneers. 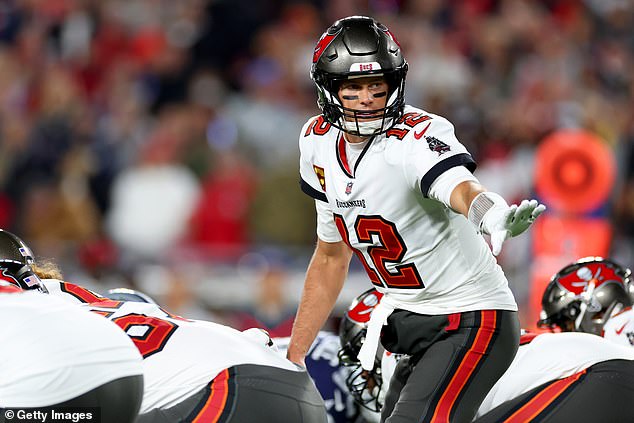 Brady came back to the team, but failed to replicate last season’s 13-4 mark that saw them get the second seed in the 2021 NFL playoffs.

This season, behind a roughshod offensive line, the Buccaneers limped to an NFC South title with an 8-9 record – the first nine loss season of Brady’s career.

It was a season with a lot of trials and tribulations for Brady – both on the field, with shaky performances, and off the field as he went through a divorce from his ex-wife Giselle Bundchen.

The Buccaneers fell to Dallas on Monday night with Brady attempting 66 passes, but completing only 35 of them for 351 yards, two touchdowns, and one interception. He was also sacked twice for a loss of 17 total yards.