Las Vegas never had a professional sports champion until Sunday when the Aces defeated the Connecticut Sun on the road, 78-71, in Game 4.

Former President, Barack Obama, joined in on the well-wishing, writing on Twitter: ‘Congratulations to the @LVAces on their first WNBA title! It’s been fun to watch Coach @BeckyHammon and this team play this season.’

Tennis great Billie Jean King, chimed in saying: ‘Congratulations to the @LVAces and all those involved in the organization, the fans, the city of Las Vegas and to @BeckyHammon, the first head coach to win a #WNBA title in their debut season since league’s first championship in 1997 #WNBAFinals.’

Chelsea Gray scored 20 points to lead the Las Vegas Aces to their inaugural WNBA title after going 9-of-13 from the floor.

She was named Finals MVP after averaging 18.3 points throughout the series. 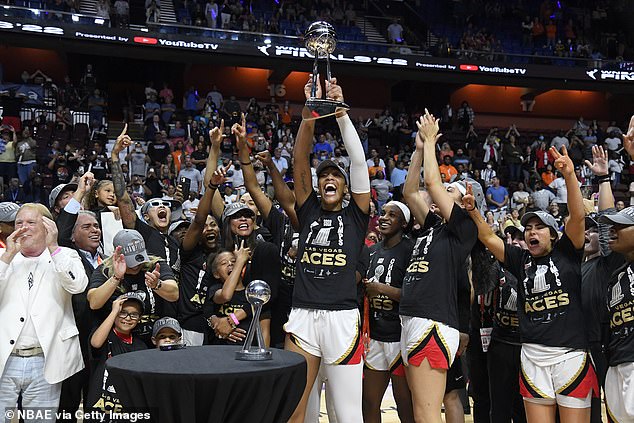 Vegas finished the series’ final game on an 8-0 run. As the buzzer sounded, league MVP A’ja Wilson, who played every minute of the game, grabbed the ball and stomped the floor before being mobbed by her teammates.

Riquna Williams had 17 points for Vegas, Kelsey Plum added 16 points, Jackie Young had 13 and Wilson added 11 points to go with her 14 rebounds. 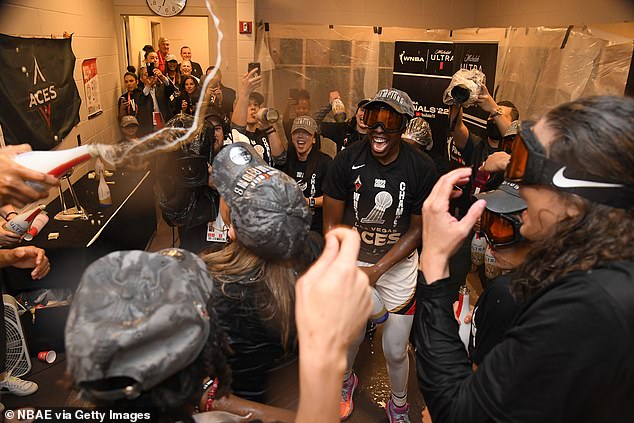 Aces coach Becky Hammon didn’t get a title in her standout WNBA career, yet on Sunday her decades-long quest was finally achieved.

Hammon left an assistant coach position with Gregg Popovich and the San Antonio Spurs to take over in Las Vegas. The move paid off.

‘They care about each other. They invest in each other. It’s been an absolute honor to be their coach. I saw excellence and I wanted to be a part of it.’ 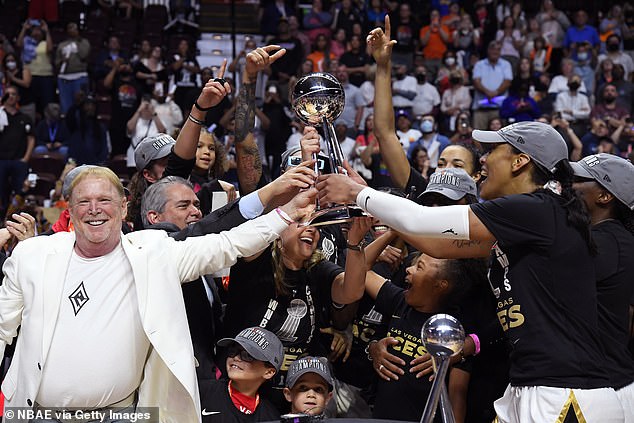 Las Vegas Raiders owner, Mark Davis (L), was on-hand as his Aces won rather than in Vegas

Hammon also paid tribute to former Aces coach Bill Laimbeer, who was on the floor for the ceremony: ‘He put this team together and saw the pieces.’

He was in Connecticut to get a trophy. He hoisted it, then turned it over to gleeful players who did the same. 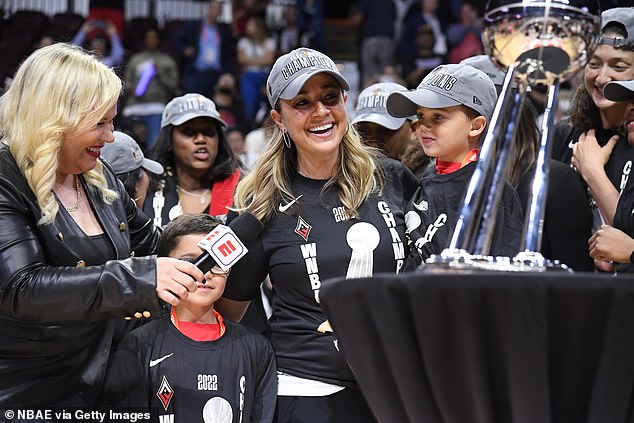