Tom Brady and the Bucs get huge boost as Pro-Bowl center Ryan Jensen comes off injured list just hours before crucial playoff game against Dallas Cowboys on Monday, with Tampa Bay star eligible to play for the first time in 12 MONTHS

Tom Brady could raise a smile Monday at news that Pro-Bowl center Ryan Jensen has been activated from the Bucs’ injured roster and is eligible to play in Monday night’s blockbuster playoff against the Cowboys.

Jensen has been out of action since January 23, 2022, when he played for Tampa Bay against the Rams in last year’s playoffs.

A knee injury has kept Jensen sidelined since training camp but he has been restored to the 53-man roster, with linebacker J.J. Russell waived to open up a spot for him. 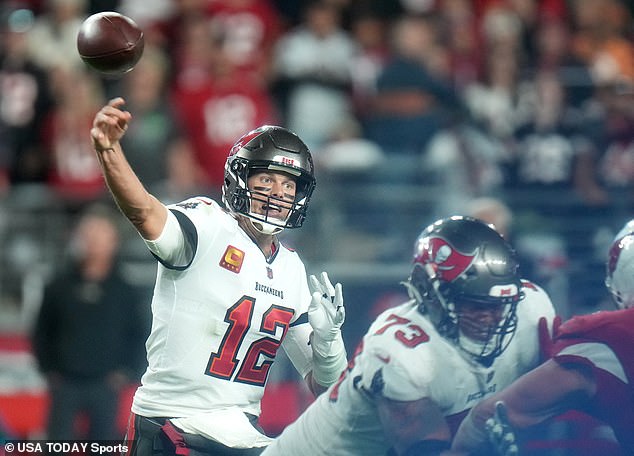 Jensen sustained a left knee injury during a training camp practice on July 29 and was placed on injured reserve Sept. 1 – but optimism was building ahead of the Panthers game last month that he was closing on a return.

The value of Jensen has never been lost on Brady, who discussed on his podcast last month that he had been motivating his team-mate to be back for crunch-time of the playoffs.

‘I know he’s been very vigilant with his rehab,’ Brady said in December on his Let’s Go! podcast. ‘I don’t know. (when he’ll be back). I don’t think anyone knows right now. 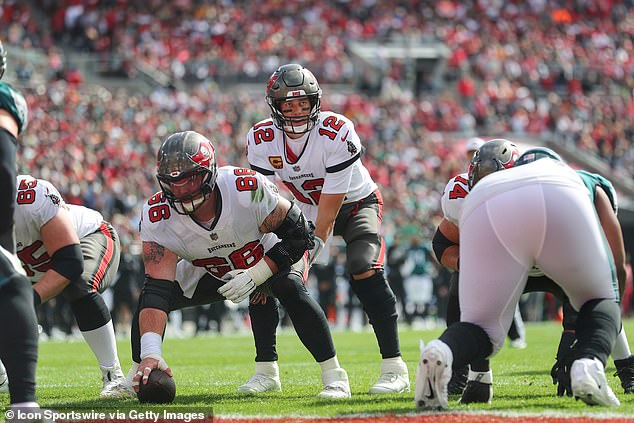 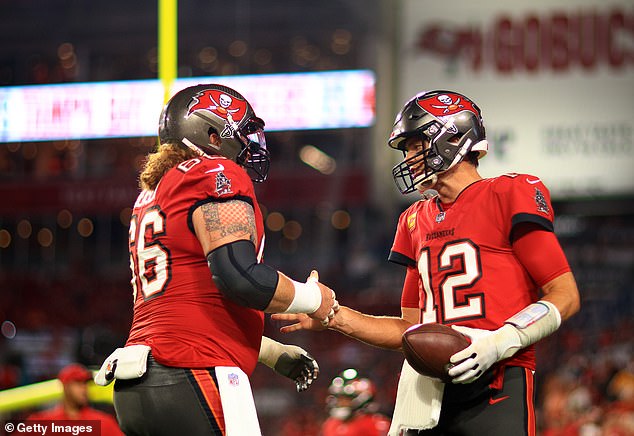 Jensen’s return, along with right tackle Tristan Wirfs, who was battling an ankle problem, is a major boost to Brady and a Bucs offence that has looked out of sorts for much of the season.

Tampa Bay averaged a league-low 76.9 rushing yards per game across 2022 – and it is hoped Jensen and Wirfs can bring some stability and extra protection for Brady in the pocket.

Jensen has been a key piece for Brady and the Bucs and he played a key role in helping them to a league-best 20.1 per cent overall pressure rate in 2021. 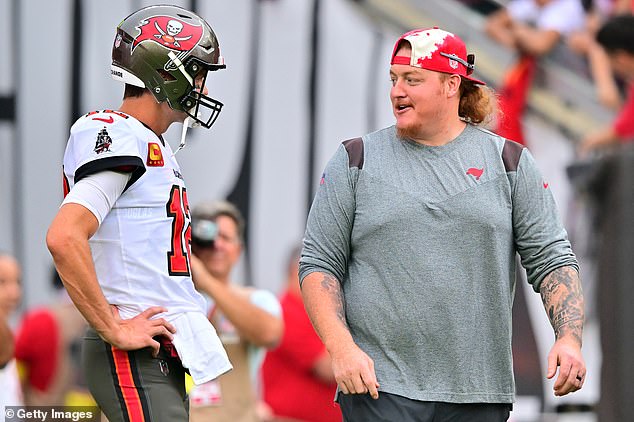 Jensen’s return has come at a perfect time for the Bucs given injuries elsewhere on the roster are piling up.

Robert Hainsey, who stepped up to replace Jensen after he went down injured,  suffered a hamstring strain in Atlanta, while Nick Leverett, who has been starting at left guard and providing back-up to Hainsey at center, struggling with with knee and shoulder problems.

Jensen earned his first Pro-Bowl recognition last season and penned a new three-year deal with the Bucs back in March worth as much as $39million, with $26m of that money guaranteed.