‘Tolkien is turning in his grave’: Elon Musk slams Jeff Bezos’ pet project The Lord of the Rings: The Rings of Power as full of ‘cowards’… before making fresh dig at Twitter moaning 90% of comments on his post are from BOTS

Elon Musk has shared his thoughts on Amazon’s new Lord of the Rings series… but he isn’t leaving a good review.

‘Tolkien is turning in his grave’, Tweeted the richest man in the world on Monday, hitting out at The Rings of Power, the series which premiered on September 1 said to be the pet project of Amazon founder Jeff Bezos.

‘Almost every male character so far is a coward, a jerk or both. Only Galadriel is brave, smart and nice,’ Musk said, referring to the series’ female protagonist.

He went on to say that 90% of the replies to his Tweets were bots, hinting at his controversy with Twitter — whose owners are suing him for backing out of a deal to purchase the company after Musk claimed Twitter’s board overestimated how many people used the platform.

Elon Musk wasn’t impressed with Amazon’s Lord of the Rings series, hitting out on Monday with the view that the author was ‘turning in his grave’ in reaction to the show 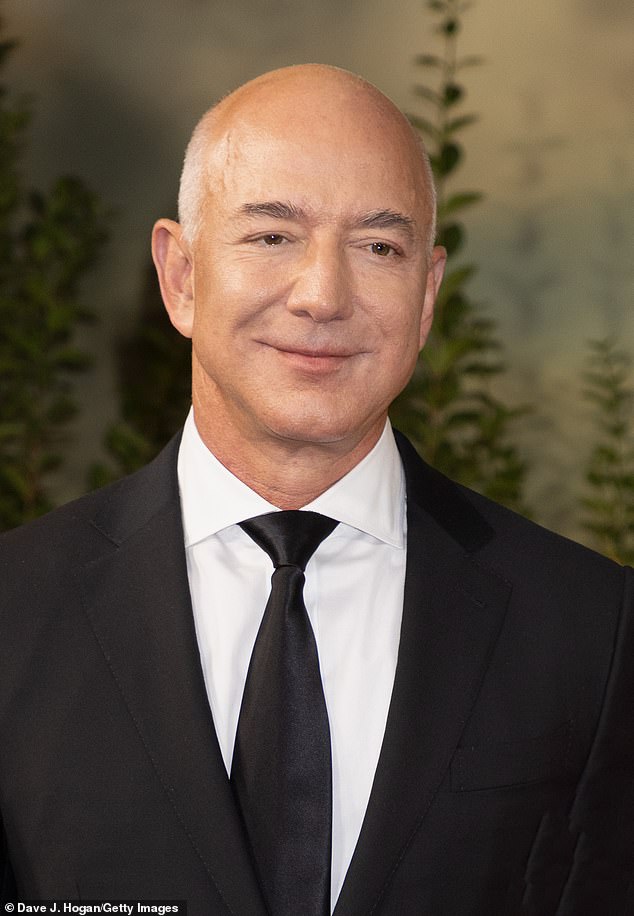 The Rings of Power TV series, set to be the most expensive ever produced, is reported to be a pet project of Amazon founder Jeff Bezos, who was heavily involved in the pitching for the rights to adapt JRR Tolkien’s Lord of the Rings

At an approximate $715million, the series is the most expensive season of TV ever made, with Bezos himself reportedly becoming heavily involved in the pitch for the rights to adapt JRR Tolkien’s books — with Amazon paying out almost $250 to Tolkien’s estates.

The studio is expected to spend almost $1billion for the series in total, according to the Wall Street Journal.

Bezos once led a summer camp for his neighbors with a reading list that included JRR Tolkien’s Lord of the Rings.

Peter Jackson’s Lord of the Rings film trilogy grossed almost $3billion at the box office, quickly becoming one of the most beloved film series of all time. It won a record 11 academy awards, including best picture.

Amazon is taking a gamble that its series, set thousands of years before the events of the original Lord of the Rings trilogy, will spawn spin-offs, merchandise and cultural clout of the kind enjoyed by HBO’s Game of Thrones.

HBO put the first episode of its new spin-off series House Of The Dragon on YouTube for free just days after Amazon’s new TV show aired, flaunting its prequel show as the two studios go head-to-head with their fantasy titles. 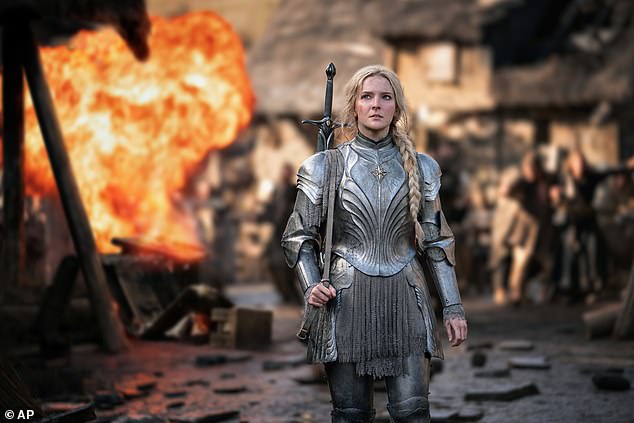 Morfydd Clark stars as Galadriel, pictured, in the series set thousands of years before the events of the original Lord of the Rings trilogy

Taking a stand: Many had noticed there were 0 reviews on the Amazon Prime Video listing as the first two episodes of the Lord Of The Rings prequel were set to stream on Friday

Not pleased: As the series currently sits at a 34percent average audience score on film and television aggregator site Rotten Tomatoes many have wondered if the move was made by the media giant to avoid being ‘review bombed’

It came after Amazon suspended user reviews on it’s highly-anticipated series, fearing the show may be getting ‘review bombed’.

The Rings of Power has an audience score of just 39 per cent on Rotten tomatoes, despite the critics’ score of 84 per cent.

Many of the audience reviewers pointed out the diversity of the cast and their dislike for the female protagonist Galadriel (played by Morfydd Clark) for the reasoning behind their low rating.