By Ian Herbert For Mailonline

Britain’s youngest Olympian Sky Brown said today that she wanted to compete in surfboarding and skateboarding at the 2024 Olympics after taking bronze.

Though Brown’s father Stu did not sound so convinced when asked about it, the 13-year-old said it was an aim.

The surfboarding event at the Paris games will be staged in Tahiti and the skateboarding in the French capital – so it will involve challenging logistics for her. She will still only be 15.

Sky Brown, 13, made history by securing a bronze medal in the park skateboarding in Tokyo 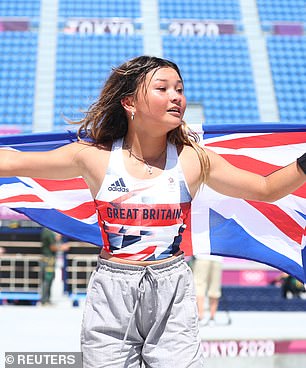 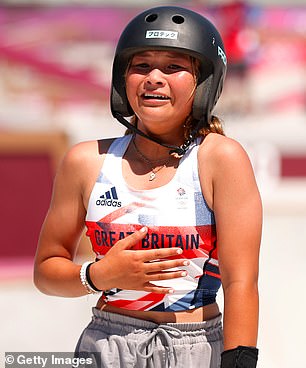 Asked if she might compete in both, Brown said: ‘Maybe. I really hope so. Definitely going to try surfing.’

After taking bronze, she admitted that she’d asked herself: ‘Am I going to make it?’ after falling on her first two skateboard runs in the Olympic final.

She told BBC Sport: ‘It was a super sick final. All the girls were ripping it, it was insane.

‘This is incredible – it feels unreal! I’m so happy to be here – I’m blessed. I was definitely bumped.

‘I fell twice, that made the last run feel even better.’

When asked what she would be doing next, Brown replied: ‘Hang out with some friends, and party!’ 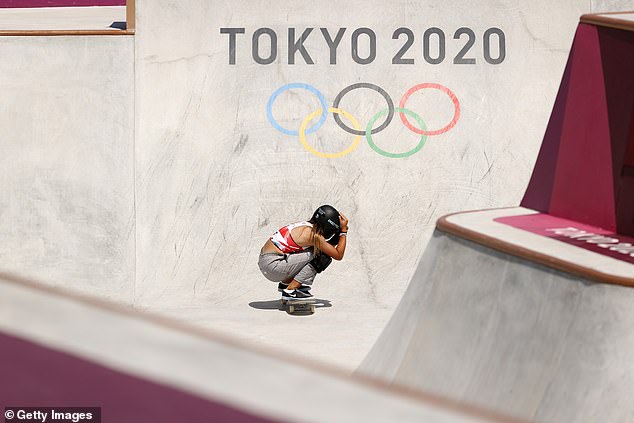 Brown, 13, was consoled by her friend Sakura Yosozumi – who took gold – after her falls and said she found the courage to go again from the Japanese skateboarder.

‘I was a little shocked,’ Brown said. ‘It was like, “Am I going to make it?” Sakura was “You got it Sky, I really know you’re going to make it. Go.” That made me feel better.’ 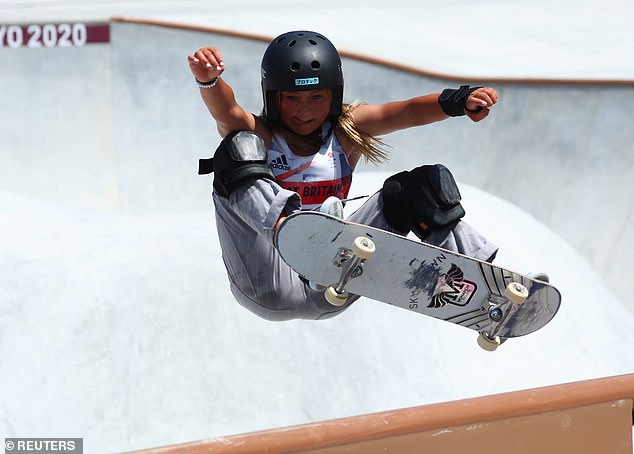 ‘Anyone can do this sport. That’s what’s cool about skateboarding, you don’t have to be a certain height or age. Honestly do it whenever you want. It doesn’t matter about height or age, honestly. Just go for it.’

Stream every unmissable moment of Olympic Games Tokyo 2020 live on discovery+, The Streaming Home of the Olympics.