Tokyo Olympics star and Australian Athletics poster boy Peter Bol has vowed to clear his name and assured his fans he is innocent after testing positive to performance enhancing drugs.

Athletics Australia has confirmed that Bol, the fastest Australian over 800 metres in history, returned a positive A sample to performance enhancing drug EPO and will now face a nervous wait for the results of the B sample.

He has been provisionally suspended until those results are made clear.

Bol took to social media on Friday afternoon to protest his innocence.

‘It is critically important to convey with the strongest conviction that I am innocent and have not taken this substamce as I am accused,’ he posted.

‘I ask that everyone in Australia believe me and let the process play out. 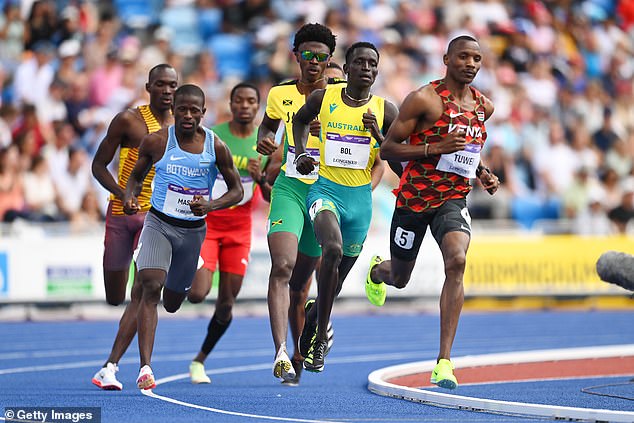 Bol famously finished just short of becoming Australia’s first ever medalist in the 800m at the Tokyo Olympics, finishing fourth in the final.

The positive result has sent shockwaves through the Australian Athletics community as Bol has been a story of inspiration and rising above adversity since his huge display in Tokyo.

He became a household name when he surged to the front to lead all runners to victory in the semi-final before narrowly missing out on the bronze medal.

Born in Sudan, Bol’s family emigrated to Egypt before gaining humanitarian status through the UNHCR, first arriving in Toowoomba, before settling in Perth.

A talented basketball player, Bol didn’t even start athletics until he was 16 but quickly shot through the ranks.

The drugs scandal will likely have an impact on Bol’s potential selection as Young Australian of the Year next Thursday. 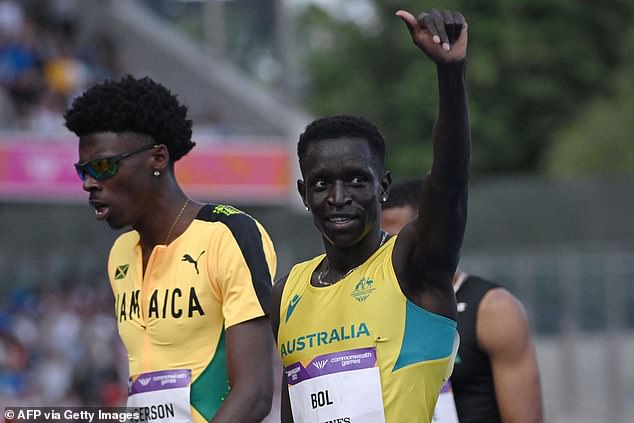 He had been awarded Western Australia’s Young Australian of the Year for his work as a coach, mentor, keynote speaker, and philanthropist.