Tyler Toffoli continued to run amok over the Canucks Thursday, tallying two goals and an assist as the Montreal Canadiens dominated Vancouver 7-3.

The three points added to the hat trick Toffoli scored against the Canucks — his former team — in Vancouver’s 6-5 shootout win over Montreal on Wednesday.

Joel Armia had two goals and two assists, and Josh Anderson, Jake Evans and Ben Chiarot each scored for the Canadiens (3-0-2) Thursday.

Vancouver (2-4-0) got a pair of goals from Bo Horvat, one from Brandon Sutter and a pair of assists from Tyler Myers, who took a five-minute major for a checking to the head on Armia late in the third period to go along with three minors for a total of 11 minutes in penalties. 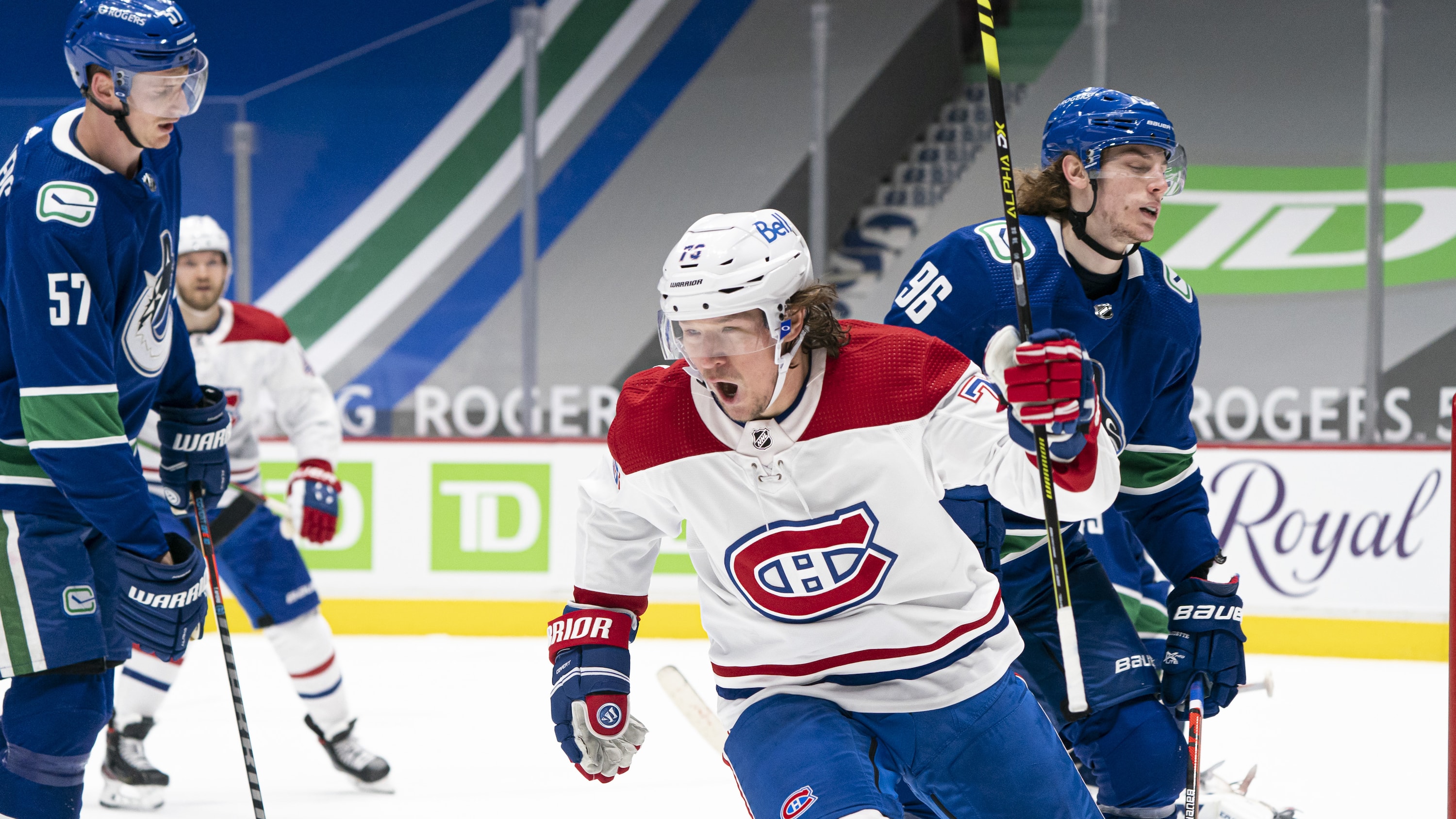 After recording a hat trick on Wednesday, Tyler Toffoli scores twice against Vancouver as Montreal wins by a final score of 7-3. 0:51

Thatcher Demko stopped 35-of-42 shots for the Canucks.

The Canadiens sealed the score with 1:05 left on the clock when Chiarot’s rocket from the blue line beat Demko.

The goal was Montreal’s only power-play marker on the night, despite having the man advantage nine times.

Sutter temporarily put a dent in the Canadiens’ lead 4:56 into the third period with a nifty backhand that hit the cross bar before dropping into the net, making the score 6-3.

But the Canucks had already fallen apart over the course of 94 seconds in the second frame.

Toffoli scored Montreal’s second short-handed goal of the night, putting a shot behind Demko 1:13 in.

Vancouver battled through much of the frame before crumbling around the 15-minute mark.

J.T. Miller took a shot from the blue line that Allen turned away with his pads. Nick Suzuki stole the rebound and sprinted down the ice alone.

Demko stopped Suzuki’s shot but Anderson was lying in wait at the side of the net to bat the rebound out of the air and into the Canucks goal.

Just nine seconds later the Canadiens struck again when Paul Byron whipped a pass across the crease to Evans, who buried it.

WATCH | 9 best moments of the young NHL season… in 90 seconds: 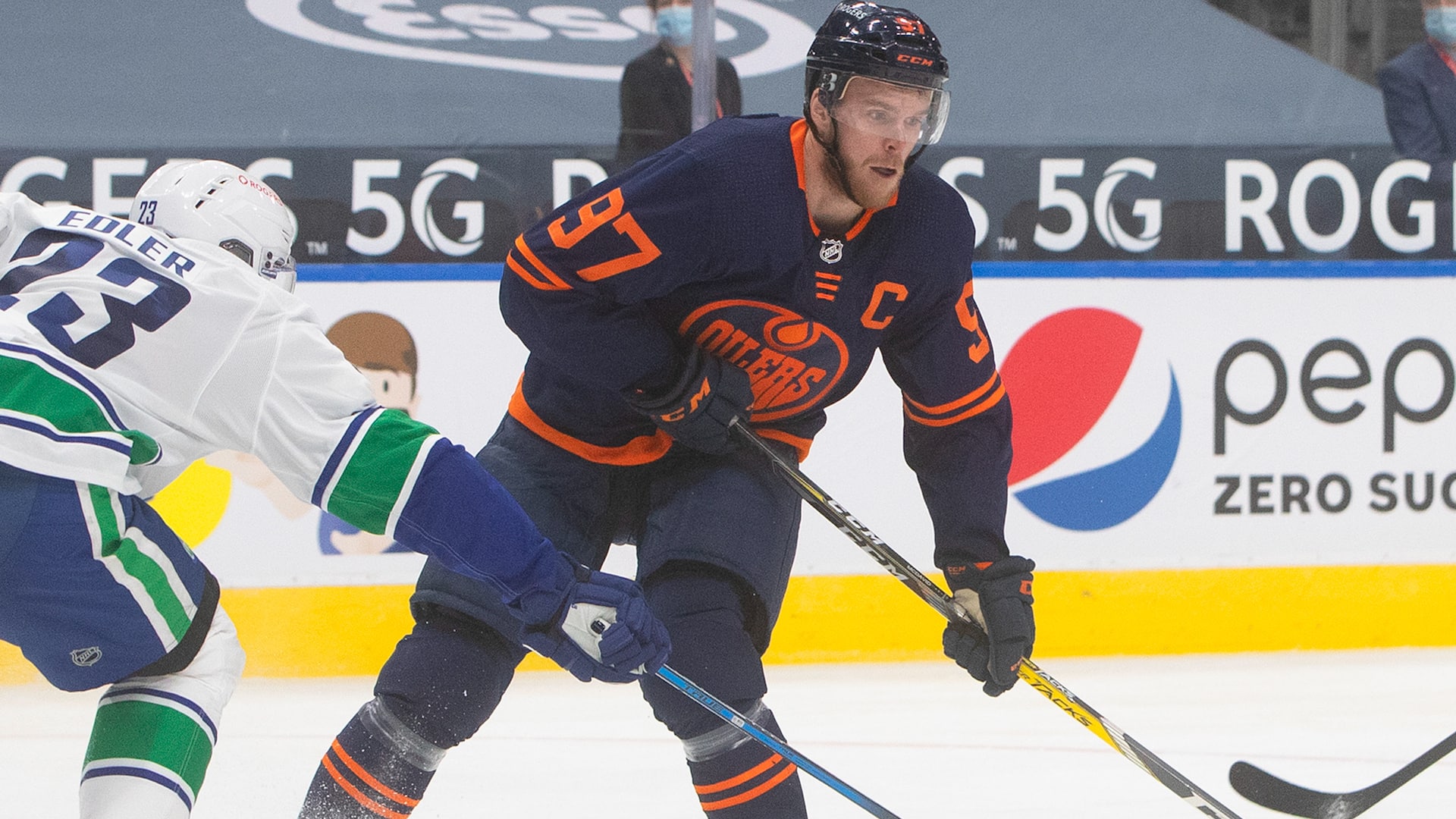 Armia struck next, scoring with a backhand shot from the slot to put Montreal up 6-2.

Vancouver challenged the play for goalie interference but after a review, officials upheld the call on the ice.

It was the second flurry of scoring action on the night. The two sides also combined for four goals in the first eight minutes of the game.

The Canadiens were first on the board after Brogan Rafferty was caught trying to clear the puck from behind the Canucks’ net. It was picked off his stick and a battle ensued in front of the crease. Toffoli came away with it and snapped a shot past Demko to open the scoring 1:54 into the first frame.

It took Vancouver less than 90 seconds to respond.

Myers took a long shot from the top of the face-off circle and Horvat deflected it in to knot the score at 1-1. Vancouver defenceman Tyler Myers receives a match penalty for a check to the head of Montreal forward Joel Armia who heads to the dressing room. 0:46

A Canucks power play took a turn for the worse after Jonathan Drouin was called for holding 3:55 into the first period.

Vancouver defenceman Nate Schmidt gave the puck away deep inside his own zone, where it was picked up by Toffoli. He dished it off to Armia and the right-winger fired it past Demko for Montreal’s first short-handed marker of the night.

Horvat tied the game at 2-2, beating Allen with a one-timer from the point on a power play before the midway mark of the first period.

The lack of blue line depth was apparent in the second half of the back-to-back, with the Canucks dressing Rafferty, Olli Juolevi and Jalen Chatfield — a trio that had played a total of seven NHL games.

Chatfield suffered an upper-body injury midway through the first period and did not return.

The Habs and Canucks will close out their three-game series at Rogers Arena on Saturday.