EXPRESS INFORMER > News & Politics > ‘To all the Spurs fans…I’m back!’: Gareth Bale announces his return to Tottenham

‘To all the Spurs fans…I’m back!’: Gareth Bale references his farewell message to Tottenham’s supporters as he announces his return

Footballer Gareth Bale will return to Tottenham Hotspur on a season long loan from Real Madrid.

But fans will have to wait to see him in the number nine shirt after a medical uncovered a knee injury that will delay his debut until October.

The 31-year-old has agreed a deal that fits into Tottenham’s wage structure on about £200,000 a week.

Gareth Bale, 31, announced his return to Tottenham Hotspur on Twitter. He referenced a 2013 message to his fans in which he thanked them for an ‘incredible’ six years with the club. He said he had always thought about returning to Tottenham and ‘can’t wait to get started’. But a knee injury will delay his debut until October 17’s home match against West Ham.

Bale announced the move on Twitter on Saturday evening: ‘To all the Spurs fans, after 7 years, I’m back!’

He also retweeted a 2013 message to his fans that said: ‘To all the Spurs fans, your support the last 6 years has been incredible and I’ll never forget it, thank you.’

He said: ‘It’s nice to be back, where I made my name. I always thought about returning. I’m hungry, I’m motivated I can’t wait to get started. I want to get some match fitness and hopefully help the team win trophies.’ 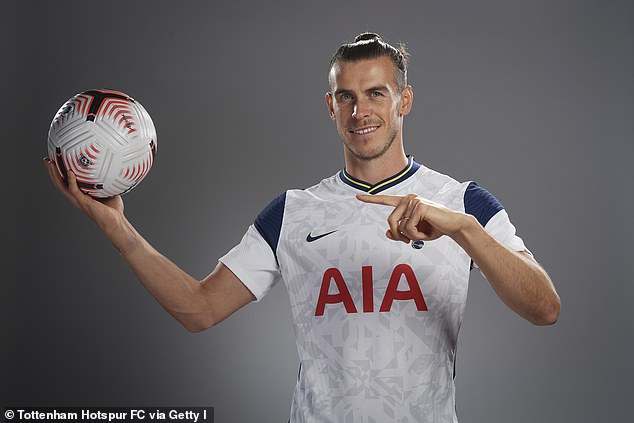 Gareth Bale poses for a portrait as he is unveiled as a new signing for Totttenham Hotspur in Enfield, England, on Saturday. The club said he has ‘a limited pre-season’ after sustaining a knee injurywhilst playing for Wales on international duty earlier this month. 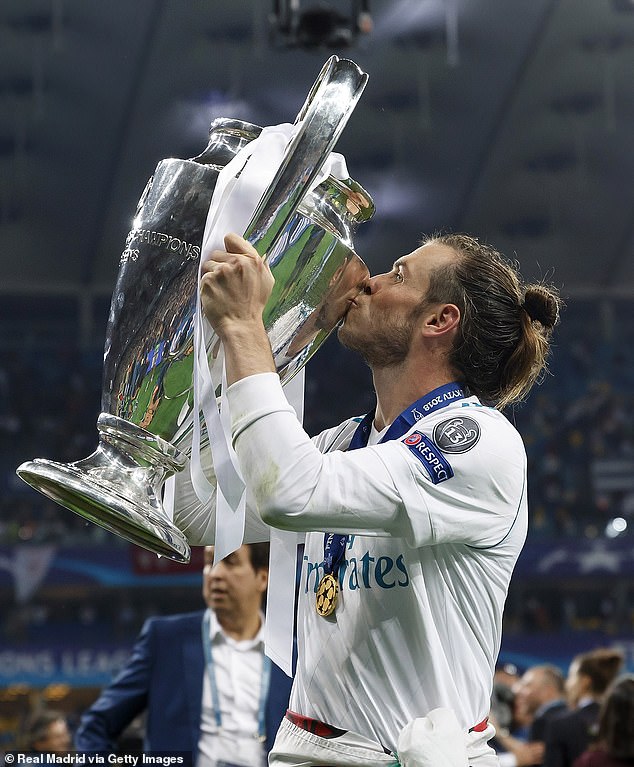 Tottenham anticipated that Bale would need more time to prepare physically for the Premier League but the injury he sustained means he will have to wait until after the next international break.

He is looking to play his debut for Tottenham at the home fixture with West Ham on October 17.

Tottenham said: ‘Gareth sustained a knee injury whilst playing for Wales on international duty earlier this month and this, together with La Liga’s later start compared to the Premier League, means he has had a limited pre-season.

‘We currently anticipate that he will be match fit after October’s international break.’