A tiny toddler has been pictured arriving by boat to the shores of Dover today after making the perilous crossing across the choppy English Channel.

A Border Force officer was seen carefully carrying the tot in his arms from a patrol boat to the quayside at Dover harbour as the child’s parents walked close behind.

The tot was wearing an orange life jacket as it was carried to safety by a Border Force officer donning face mask and high-vis jacket.

It is thought between 30 and 40 migrants made the treacherous 21-mile Channel crossing in three boats before being intercepted by Border Force vessels in UK waters.

The group included a number of children and appeared to be of mainly African and Middle Eastern origin.

It comes after 71 migrants in two boats were detained on Thursday.

A Border Force officer carries a tiny toddler to shore from a migrant boat in Dover, Kent 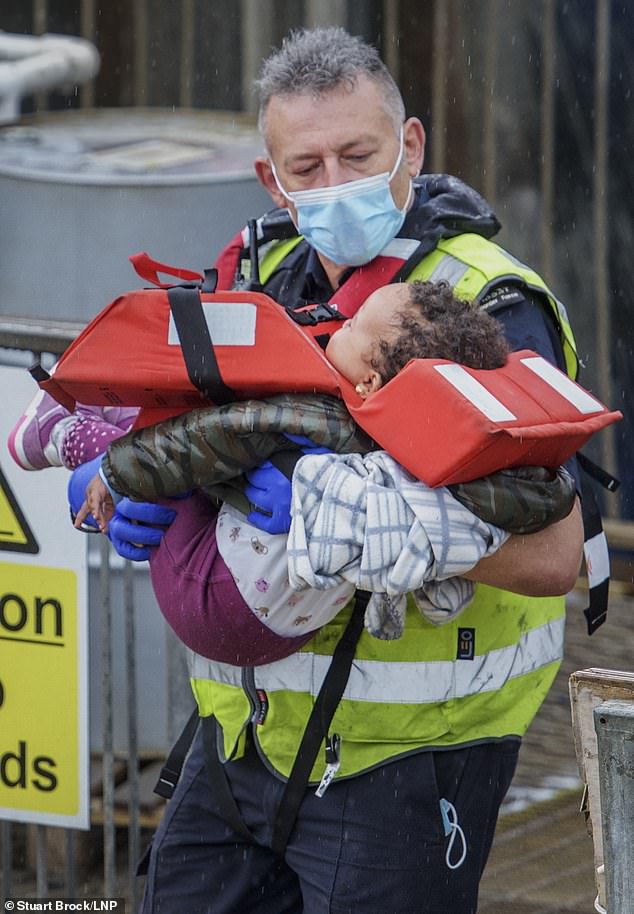 Wearing a face mask and high-vis jacket, the Border Force agent carefully carries the migrant child while holding a blanket 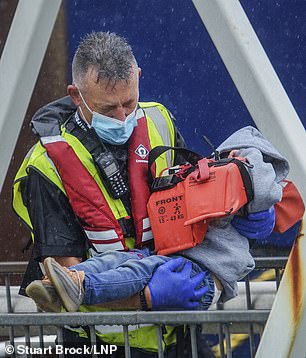 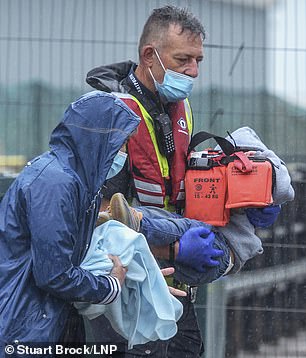 Strong winds prevented a number of attempts on Friday with over 200 detained by French authorities but a number made it across today.

It brings the total number to have made the crossing so far this month to 747.

Some 6,653 migrants have now made the treacherous trip so far this year – which is almost triple the 2,439 who had arrived by this point in 2020.

The Home Office is yet to release official figures for today’s crossings.

It comes after Priti Patel announced the Nationality and Borders Bill on Tuesday, heralded as the biggest shake-up of the asylum system for a generation.

Set to be introduced next week, it will see UK Border Force granted new powers to ‘stop and redirect vessels out of UK territorial seas’.

Border Force will also be able to seize boats at sea, and to forcibly disembark migrants from boats when necessary.

Miss Patel said: ‘Access to the UK’s asylum system should be based on need, not the ability to pay people smugglers.

‘While people are dying and families are suffering at the hands of gangs, we have to act, and act quickly.’ 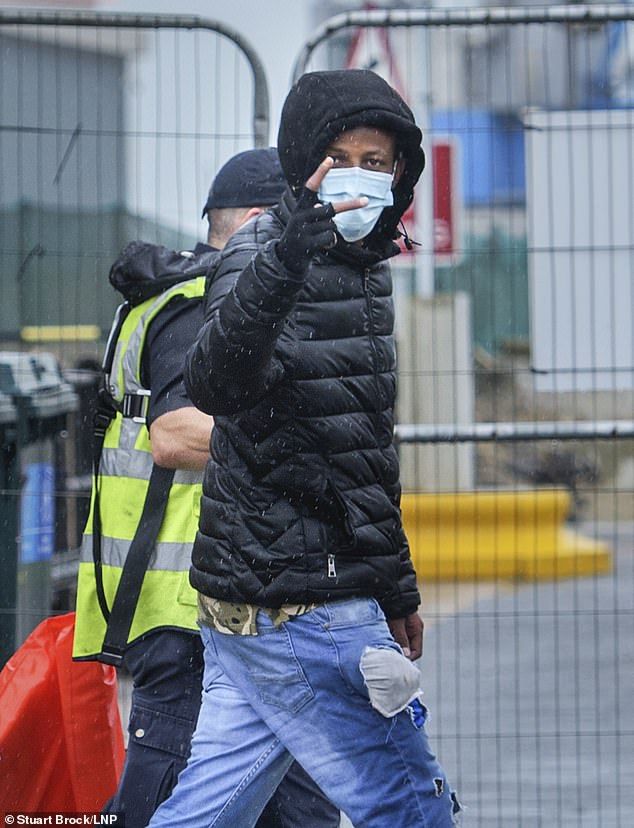 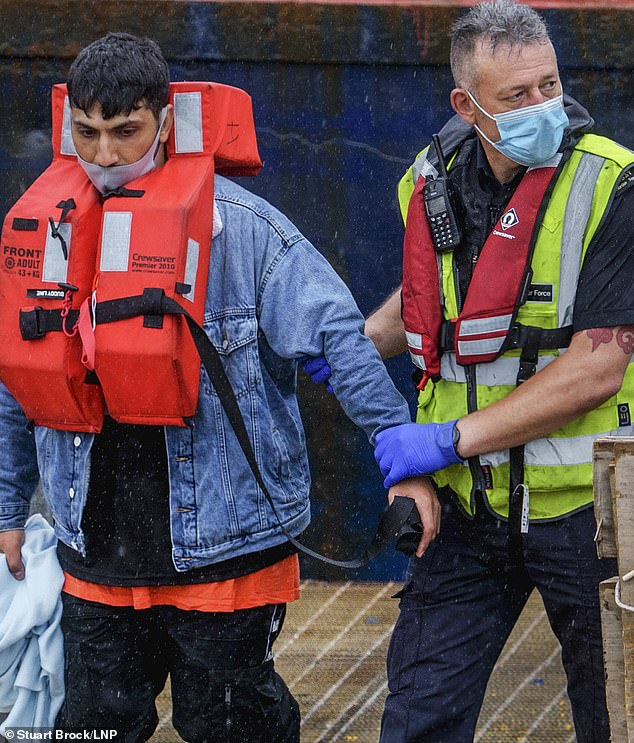 It comes after June saw more migrants cross the Channel by small boat than in any month ever before.

Border Force detained 2,179 people across 92 boats last month as they made the dangerous trip across the world’s busiest shipping route.

Clandestine Channel Threat Commander Dan O’Mahoney said: ‘We are seeing an unacceptable rise in dangerous and unnecessary small boat crossings because illegal migration across Europe has led to a significant increase of migrants in northern France seeking to enter the UK illegally.

‘The government continues to target the criminal gangs who are responsible for these illegal crossings at every level with intelligence and surveillance, and the joint work with France means we have doubled the number of police officers on the ground in France who are intercepting the crossings and arresting the gangs behind this trade.’