Time to make a splash! Chicago’s Soldier Field left SATURATED by torrential rain before the Bears get the NFL season underway against the San Francisco 49ers

The 2022 NFL season is starting with the opposite of a baptism of fire in Chicago, as torrential rain has left Soldier Field saturated for the opening game between Chicago Bears and the San Francisco 49ers.

The players were embracing the elements in their warm-up but pictures showed huge puddles of water at the side of the pitch.

Ground staff were even taking to the Solider Field turf to sweep water off the pitch before the 1pm start.

Footage also showed big puddles of water splashing up around players as they went through shuttle runs on the turf. 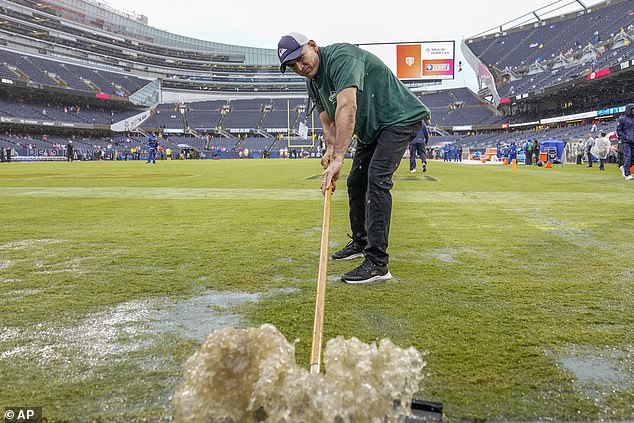 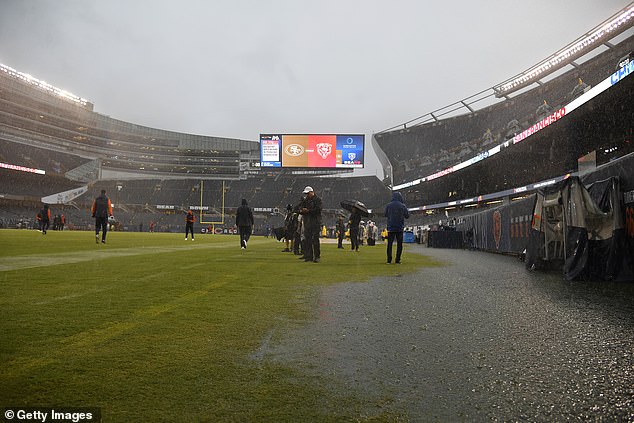 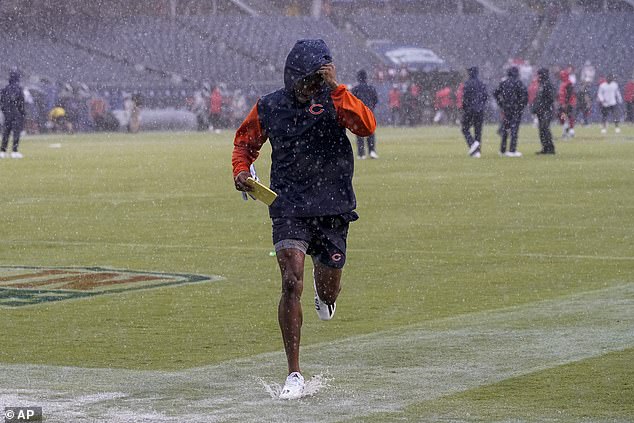 A tarp was also kept over the turf on Sunday to protect the pitch as much as possible ahead of the game.

Hardened fans who took a seat in the stand early were justifiably wearing ponchos to fend off the conditions. But the players will have no such luxury.

When the game gets underway, attention will be on Justin Fields as he bids to solidify his position as the starting quarterback for the Bears.

Speaking in prematch build-up this week, Fields was keen to deflect attention away from himself individually.

‘Coach says all the time, it´s about us. It´s not about the 49ers this week,’ Fields said Wednesday. 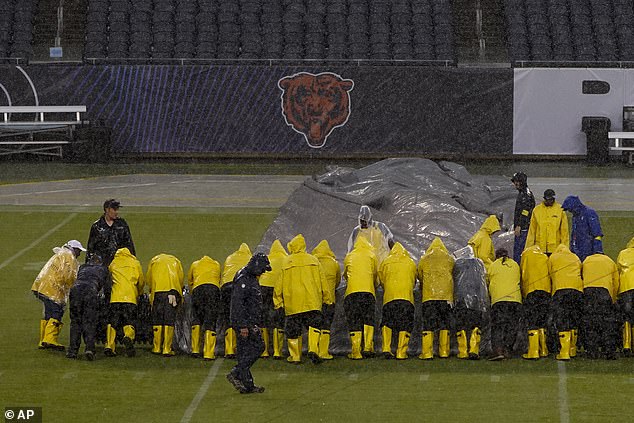 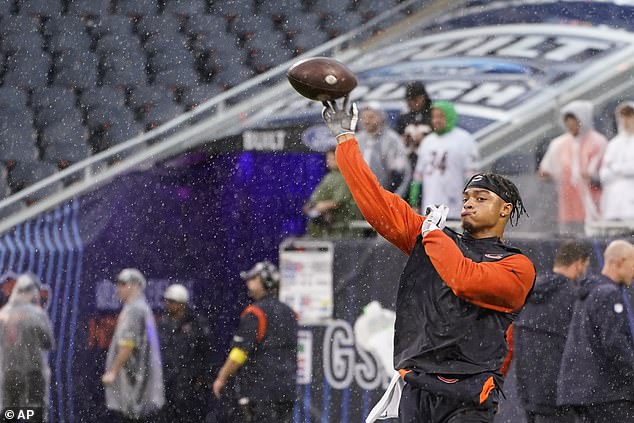 When the game gets underway attention will be on Justin Fields, the QB for the Bears 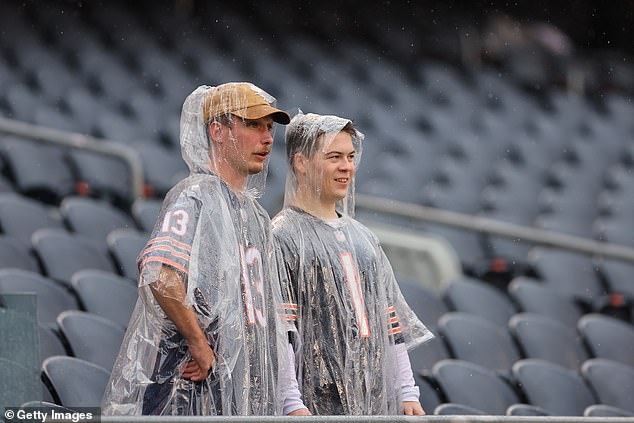 ‘It’s about us – how we play, how we execute. So I´m just playing for my teammates, playing for my coaches and going out here and executing to the best of my ability.’

A strong showing against a dominant defense that helped lead San Francisco to the NFC championship game last season would sure be a good way to start.

The fact that the 49ers passed on him and drafted Trey Lance with the No. 3 overall pick in 2021 might make it that much sweeter.

‘He´s gonna prove everything that everybody doubted him on – especially Week 1,’ receiver Darnell Mooney said last week. ‘That team passed on him. So they´re gonna have to pay a little bit for that.’