Whether it’s Apple Pay or Google Pay, many of us now use our mobile phones for contactless payments while we’re out and about.

But a new study may make you reconsider using mobile payments.

Researchers from the University of Puget Sound in Washington have revealed that people who use these payment methods are more likely to overspend.

‘Overspending via mobile payment may be linked to the intangible nature of the transaction, coupled with its convenience, which allows the user to detach from the transaction,’ the researchers, led by Sun Young Ahn, said.

How Britain became a nation of smartphone shoppers

Smartphone payment methods like Apple and Google Pay were used for more online purchases in Britain in 2020 than physical debit cards were, a recent report revealed.

So-called ‘mobile wallet’ payments were used for just under a third of all online transactions in 2020, with debit cards used for 29 per cent, according to payment processor Worldpay.

Cards were the most popular method for in-person purchases, accounting for 49 per cent, with physical cash comprising just 13 per cent of all payments and the likes of Apple Pay just 8 per cent.

Mobile payment systems including Apple Pay, Google Pay and Samsung Pay are now widely popular around the world, with 32 per cent of all online purchases made through mobile wallets in 2020.

In the study, the researchers set out to understand how these technologies have affected spending habits.

‘Despite the advantages of mobile payment use, there has been little research on the implications of how mobile payment use influences consumers’ financial behaviours,’ the researchers wrote in their study, published in Computers in Human Behaviour.

A sample of 21,457 American adults were included in the study, in which their spending behaviours were analysed.

The results revealed that 37 per cent of participants had used mobile payments either in person or online.

The other 63 per cent reported that they had not used mobile payments.

The preferred method of payment appeared to have an effect on overspending.

Participants who used mobile payments had 34 per cent higher odds of spending more than their yearly income than those who used other payment methods.

They were also 31 per cent more likely to have difficulties in paying bills and expenses.

‘The likelihoods of spending more than income, having difficulties covering expenses or paying bills on, paying a minimum payment, a late fee an over the limit fee in using credit cards were significantly higher for mobile payment users,’ the researchers said.

While the reason for the findings remains unclear, the researchers have several theories. 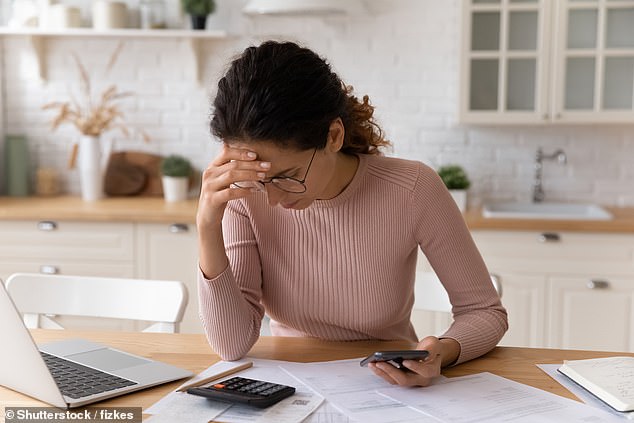 Firstly, like credit cards, mobile payments may allow people to avoid the pain of paying due to intangible outflow.

Alternatively, the convenience of paying with your smartphone may influence overspending, according to the researchers.

‘When credit card use significantly exploded in the 1980s, many researchers and practitioners pointed out that credit card use accelerates the probability, speed, and magnitude of spending given the benefits of convenience in paying, thus promoting credit card overspending,’ the researchers wrote.

The researchers hope the findings could be used by technology firms to reduce the risk of people overspending using their platforms.

‘The findings have practical implications for service providers in the mobile payment industry on how to design and develop interventions to reduce the unfavourable effects of mobile payment use among consumers,’ the researchers concluded.

Apple could let iPhones accept contactless payments directly without the need for any extra hardware ‘in the coming months’, a new report claims.

It would mean customers could tap their iPhone or debit card on the back of a retailer’s iPhone to pay at coffee shops, hairdressers, food trucks and more.

Currently, small businesses require external terminals for the customer to tap their phone or card against, such as Block Inc’s small white ‘Square’ device.

Apple’s new system will likely use iPhone’s near field communications (NFC) chip that is currently used for Apple Pay, the report said.

The feature may even roll out through a software update in the coming months, potentially accessible through Apple Pay.