‘More tournaments, more training, more durability and stay in the points longer’: Tim Henman outlines EXACTLY what Emma Raducanu must do to become a top five player after defeat by Coco Gauff at Australian Open

By Patrick Djordjevic For Mailonline

Tim Henman believes Emma Raducanu can rise to the top of women’s tennis if she increases her conditioning and experience levels.

The 2021 US Open winner lost in straight sets to seventh seed Coco Gauff in the second round of the Australian Open on Wednesday.

‘More tournaments, more training, more durability under her belt. She was able to stay in and win the longer exchanges,’ Henman said of how Raducanu can get back to her US Open winning form, via Eurosport.

The Briton was the key to her own downfall, making a litany of unforced errors throughout the one hour and 42 minute contest.

‘This is another important learning curve for Emma, playing in this environment against the top players,’ Henman continued.

‘She can see the level. She was the one dictating a lot of these points, but she still has to build up the physicality to stay in the rallies longer and make sure she doesn’t make unforced errors. If she does that, she can win big matches.’ 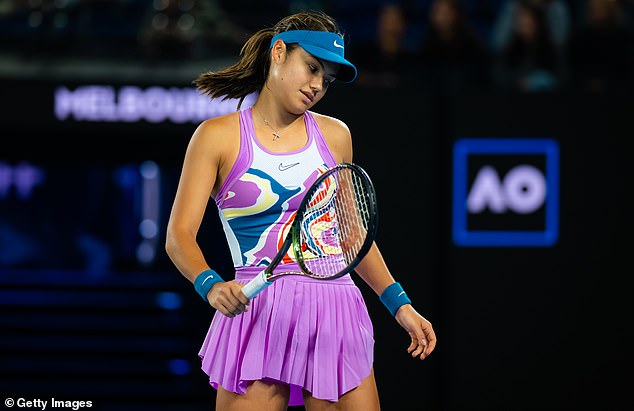 Raducanu had 42 unforced errors, edging Goff by one, but had 17 winners to 13 – emphasising her big-play ability, which bore two set points in the second.

‘That’s why she qualified and won the US Open; she has the ability she has. But you have to get the balance right between being aggressive and making unforced errors.’

Raducanu has largely struggled since her 2021 Flushing Meadows triumph, failing to progress beyond the second round at a Grand Slam since. Though, aged just 20, her future is still bright – according to former world No. 1 Mats Wilander. 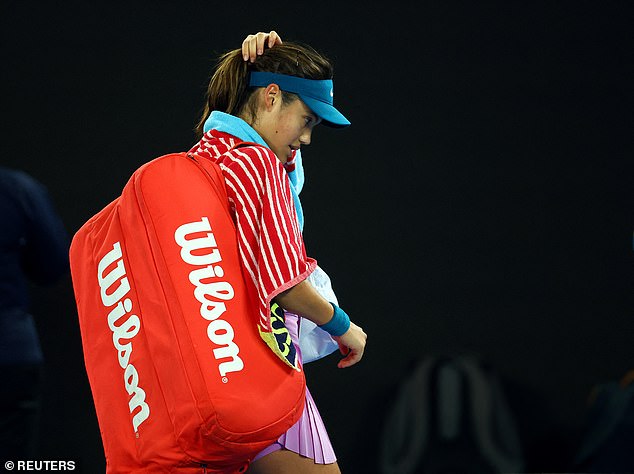 ‘For Raducanu, the potential is there,’ he said on Eurosport’s coverage of the Australian Open.

‘Hold on, she’s already won a Grand Slam! The potential is there to be a top five player because of the technique, the ball-striking and the fighting spirit. 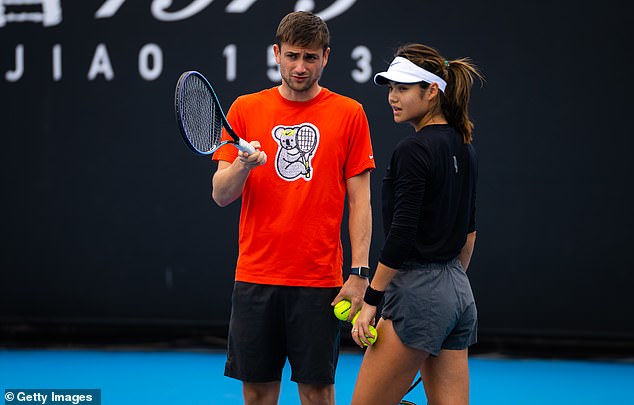 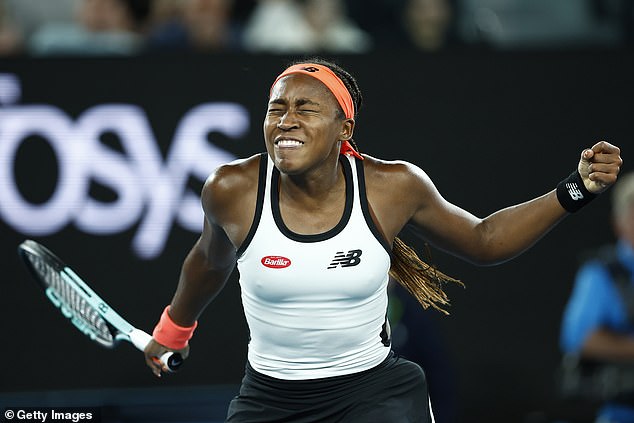