A TikTok video revealing the ‘correct’ way to tie shoelaces has sparked heated debate among viewers who are arguing over which method is ‘most secure’.

American entertainment account ‘attn’ shared the clip which shows a woman demonstrating the ‘proper’ technique, crossing the left lace over the right, making a loop on the right side then crossing the left around that loop and pulling it through.

The voiceover cites a 2017 study which found that bunny ears – the easiest method taught to young children which involves crossing laces to form an ‘X’ in the air, then looping the bottom ‘ear’ over and through the top one to create a second knot – come untied after just 15 minutes.

‘Which way do you tie them?’ the caption reads, followed by the popular hashtag ‘TikTok taught me’ which is linked to millions of instructional videos on everything from eating sushi to renovating a bathroom without professional help.

The voiceover ends by saying laces should ‘lay perpendicular to your shoes, not parallel’ if the knot is properly secured. 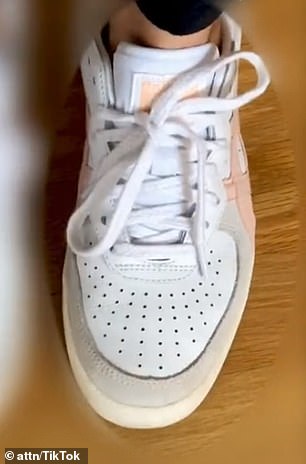 How do you tie yours? Still from a TikTok video show the ‘correct’ way (left) laces should sit on shoes versus the ‘incorrect way’ (right)

The claim is backed by a study from the Royal Society of Mathematical, Physical and Engineering Sciences which compared two versions of the common shoelace ‘bow-tie’ knot.

The ‘correct’ way to tie shoelaces, according to science

1. Cross the left lace over the right

2. Make a loop on the right side

3. Cross the left lace around that loop and pull through

Research shows the stronger version is based around a ‘square knot’, with two trefoil knots – the simplest kind achieved by joining together two loose ends in a knotted loop – made with opposite hands stacked with the free ends tucked into the knot centre, thus creating loops.

The weaker version is based on a ‘granny’ or ‘false’ knot, in which the two trefoils are made with the same hand. This causes the knot to twist to the side instead of laying flat when tightened.

Hundreds said they have been tying their laces with the correct technique for years but failed to convince their friends and family to do the same.

‘That’s how I do it and I remember people making fun of me for tying it that way!’ one said.

A second said: ‘I always looked at everyone funny when they did [bunny ears] and they said I WAS WRONG.’

‘I always thought people who did two bunny ears were strange.. now I know it just means they have no sense of logic,’ said a third. 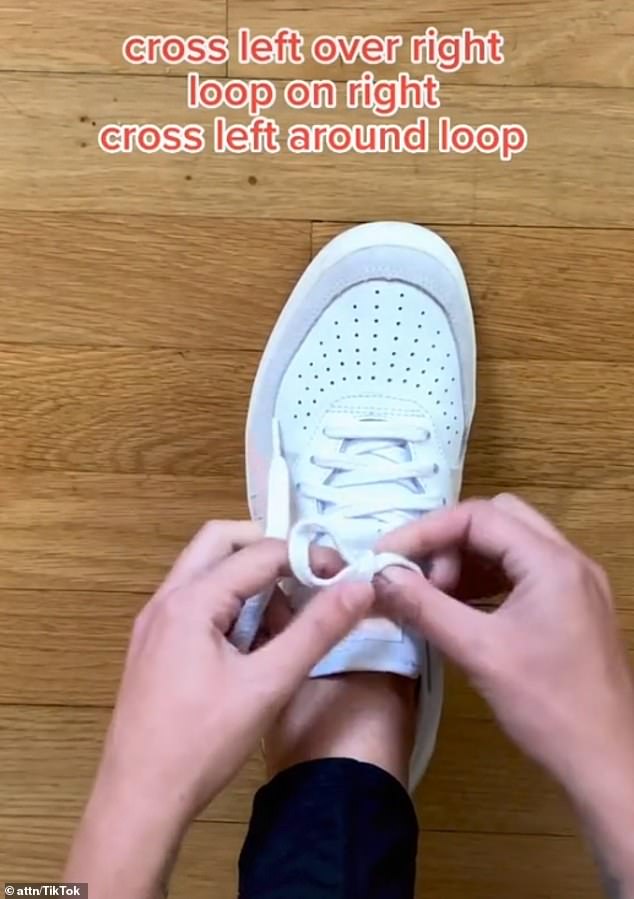 But others weren’t convinced and wondered why people aren’t using a simple double knot to fix laces securely.

Which way do you tie your laces?

‘Why don’t you just double knot the bunny ears? It stays in place and won’t come undone,’ said one.

The shoelace revelation is the latest in a line of TikTok hacks that have gone viral online.

In May, American user ‘Brittnaenae’ revealed the correct way to fill an ice cube tray.

Her 10-second clip showed viewers that water should be poured onto the flat spots separating the grooves, allowing it to trickle down gently into the four surrounding sections without splashing or overflowing.

‘Am I just dumb? Or did nobody else know this either? These little flat spots on ice cube trays are where you’re supposed to fill the water,’ she says in the video, which has been viewed 4.7million times since it was shared on May 19. 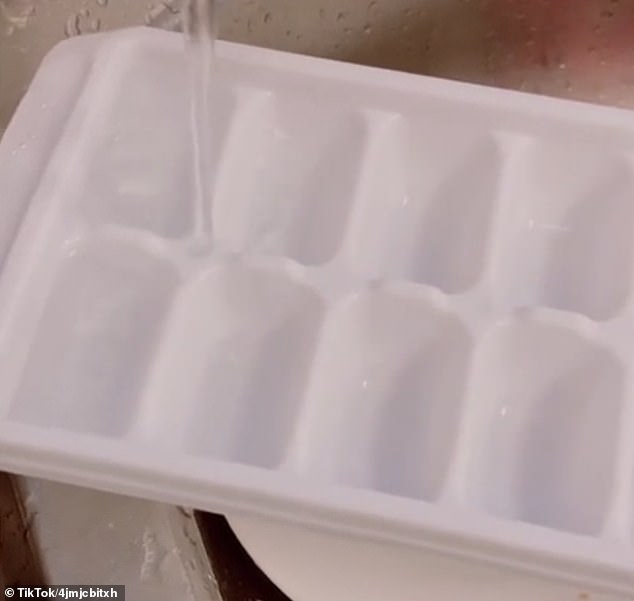 Genius! A TikTok user has revealed how you should be filling ice cube trays – by directing the water on top of the flat sections so that it gently filters into the four grooves around it

She then demonstrates how she had been filling the cubes ‘her whole life’, letting water pour directly into the bottom of the grooves which causes it to spray all over her hands and sink.

Thousands assured her she was not alone, saying they’d been doing the same their entire lives.

‘I was today years old when I learned this,’ said one woman, who thought the flat sections were designed to help you remove the cubes when frozen. 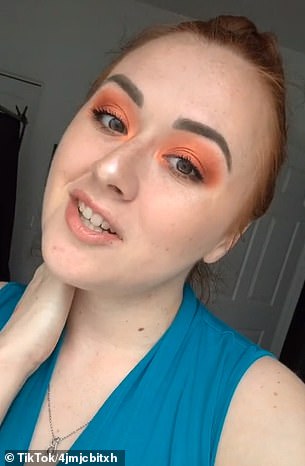 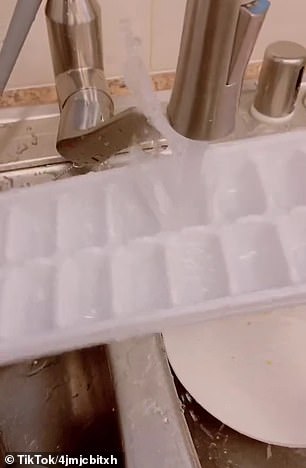 A third told her there’s no need to worry because ice cube trays ‘never came with a manual, so you’re good’.

One woman wondered why she bothered going to high school because she has learned more life skills on TikTok than she did during those six years of education.