Don’t try this at home… TikTok star sparks mixed responses after telling fans she only showered 37 times in 2022! and claims she’s CLEANER for it

By Tom Scotson For Mailonline

A sex worker and top-earner on OnlyFans claimed on Twitter she only had 37 showers in the whole of 2022.

Aella, from Idaho, reflected on the last 12 months on Twitter but the information which stuck out to people was how infrequently she washed.

Replying to a commenter who questioned her hygiene routine, Aella said she tries ‘not to disturb my natural skin microbiome too much’.

The 27-year-old claims she does not ‘stink’ because of a ‘microbiome’ balance, which is a collection of bacteria and fungi which live on the body.

Aella (pictured), from Idaho, United States, reflected on the last 12 months on social media but the information which stuck out at people was how infrequently she washed.

In a Twitter thread, she wrote:  ‘If any random person who shampoos daily, stops shampooing, their hair will be horrible and greasy. But if you are persistent and careful, your body adjusts.

‘But this isn’t perfect, and different ppl have different kinds of bodies, with different activities and sweat levels. I *do* still do maintenance to handle getting stinky in between showers!

‘I am careful not to use soap on my armpits, because that seems to increase the smell; I usually scrub hard with a wet washcloth, and then put on deodorant, and this works great. I also use a bidet, and wash my genitals often.’

She added she does not use body moisturiser because she lives in a humid area, which helps keep her skin feeling fresh. 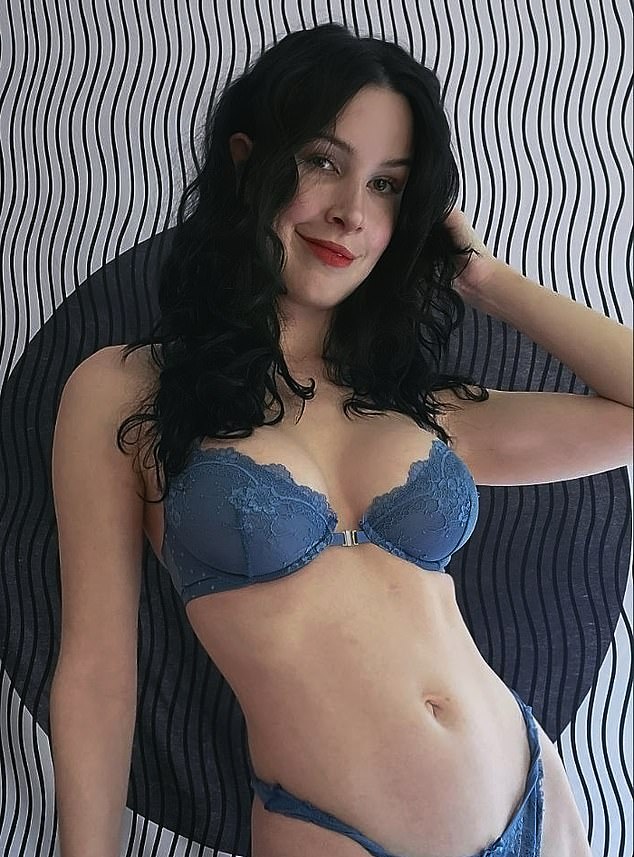 The 27-year-old claims she does not ‘stink’ because of a ‘microbiome’ balance, which are a collection of bacteria and fungi which live on the body

Twitter users were split in their response of Aella’s post, with some supportive while many others were concerned.

One person said: ‘Is it not possible you’ve just gone nose-blind?’

A second added: ‘Our nervous system has evolved to become progressively less sensitive to a stimulus, the longer it persists. You smell, girl. You just can’t smell yourself.’

One user agreed with Aella saying: ‘I don’t shower often either and agree. Plus ever since I started washing my hair infrequently, texture and volume have significantly improved.

Another added:  ‘I showered maybe ten times in 2022 and don’t stink. Obviously I change into clean clothes and wash my hands/face more often but showering daily is completely unnecessary and makes you smell worse.’

‘Ignore the haters on this. Notice how they’re all focused on ‘smell’. So what, even if you did smell. Nothing bad happens. As long as you keep your hands and asshole clean.’

Some scientists have said even though it may be acceptable for social reasons it is not vital to shower every day.

Consultant Derrick Phillips  told HealthLine:  ‘Washing once a day is adequate for most children and adults to maintain a socially acceptable level of personal hygiene and cleanliness,’ he says.

‘The skin is self-cleaning and naturally exfoliates,’ he says. ‘Scrubbing helps to remove physical dirt and reinforce the perception of cleanliness, but isn’t necessary.’

‘Nerdy hippie’, 25, who raked in $1.5M on OnlyFans uses the money to fulfill her dream of ‘living with the land’ on an ‘off-grid’ farm – where she grows her own food and raises chickens