TikTok has revealed that its staff in China are able to spy on UK user data.

Elaine Fox, TikTok’s head of privacy in Europe, claims this is to ensure its ‘global workforce’ can make TikTok ‘consistent, enjoyable and safe’.

While the type of data that is be shared across the world has not been specified, it could include names, phone numbers, ages, emails and approximate locations.

Jake Moore, a cybersecurity expert, told MailOnline he believes this is a ‘worrying step’ towards more tech companies selling off consumers’ personal data.

TikTok is a Chinese social media app where users can live stream and create short videos.

The Beijing-based social network has downloaded almost 4billion times and the company is now worth more than $75billion (£58billion).

In 2020 Donald Trump called for the US arm of TikTok to be sold to an American company over fears the app posed a national security risk.

Speaking to MailOnline, he said: ‘Most apps on your phone will try to scrap together and analyse as much personal data as possible but TikTok is attempting to view more than most.

‘Their algorithm not only helps users soak up personalised content but TikTok is constantly learning user habits in order to profit from and even share among third parties.

‘This all may sound normal in today’s technology age, but the alignment TikTok has with the Chinese government is a worrying step in breaking down company privacy and could pave the way for more companies into selling off sensitive data on their users.

‘To explicitly use TikTok safely and securely in confidence that private data will not be spied upon, it is recommended to use a completely separate device for TikTok use.’

The popular app could be using the data to improve the performance of its algorithm, which recommends content to users based on their previous app activity.

Ms Fox says the employees who have access to the data have demonstrated that they need it ‘to do their job’.

Regardless of this, Mr Moore added the user data would be ‘very interesting to controlling organisations’.

‘This data will naturally improve content in feeds but we should be concerned about all of this private information getting into the wrong hands which users didn’t sign up for,’ he said.

‘Terms and Conditions are difficult to check and most people just accept them to make apps work.

‘However, there is usually a lot more in them than expected and this will usually spell out where data is going but not always when used with clever language.

‘Apple and Google do a lot to protect devices from tracking but it is extremely difficult to use these apps without some personal data being shared.’

The update comes amid a flurry of regulatory concerns about Chinese access to personal data stored by the app by the UK and US. 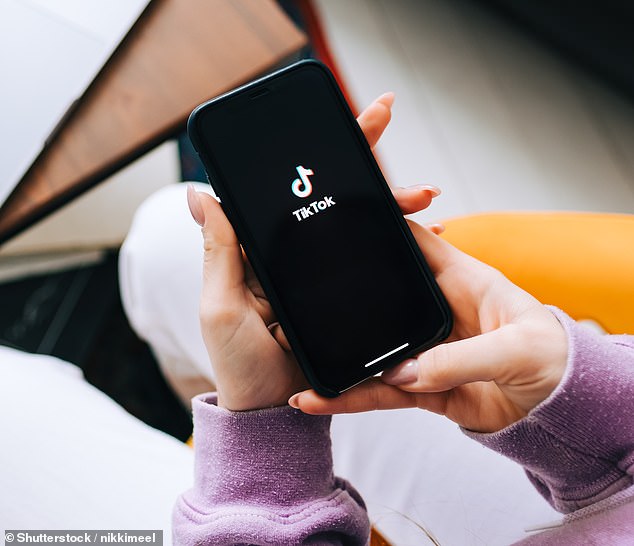 The hugely popular app could be using the data to improve the performance of its algorithm, which recommends content to users based on their previous app activity

US commissioner calls for TikTok to be banned

This week, Brendan Carr, a commissioner for the United States Federal Communications Commission proposed banning TikTok in the country.

He told Axios: ‘I don’t believe there is a path forward for anything other than a ban.’

He said there was not ‘a world in which you could come up with sufficient protection on the data that you could have sufficient confidence that it’s not finding its way back into the hands of the [Chinese Communist Party].’

TikTok, which has more than a billion users worldwide, is owned by Beijing-based ByteDance, that has been linked to the Chinese Communist Party.

However, both ByteDance and TikTok have repeatedly insisted they are not controlled by the government.

Back in July, a letter by TikTok CEO Shou Zi Chew confirmed that its China-based employees could access a ‘narrow set of non-sensitive’ US user data.

It did also confirm that it had migrated US users’ information to servers run in Austin, Texas by software giant Oracle.

The letter came after audio from more than 80 internal TikTok meetings was leaked as part of an investigation by BuzzFeed News.

One of the clips is of a director at TikTok who referred to a ByteDance engineer as a ‘Master Admin’ who ‘has access to everything’, according to BuzzFeed.

However, the CEO wrote that the ‘allegations and insinuations’ from the BuzzFeed News article are ‘incorrect and are not supported by facts’.

This week, Brendan Carr, a commissioner for the United States Federal Communications Commission proposed banning TikTok in the country.

He told Axios: ‘I don’t believe there is a path forward for anything other than a ban.’

He said there was not ‘a world in which you could come up with sufficient protection on the data that you could have sufficient confidence that it’s not finding its way back into the hands of the [Chinese Communist Party]’.

In July this year, the UK Parliament opened up an account on the app, but it only lasted just over a week before it was taken down.

As ByteDance is based in China, MPs raised concerns about user data being sent to Beijing.

The app was also investigated by the Irish Data Protection Commission in September.

Experts are warning about a new ‘dangerous’ TikTok trend where people are creating homemade radiators from candles and terracotta plant pots.

Users are placing an upside down terracotta pot over a group of lit candles to create a miniature heater that will warm their homes.

Tutorials promote it as a ‘cost of living hack’ which will help people to save money on their heating bills.

However, experts from London Fire Brigade have warned that the trend is dangerous, as the outside of the pot will get very hot and creates a burn risk.

Moisture can also get trapped inside the clay after watering plants, which could quickly evaporate with the heat and cause the pot to explode. 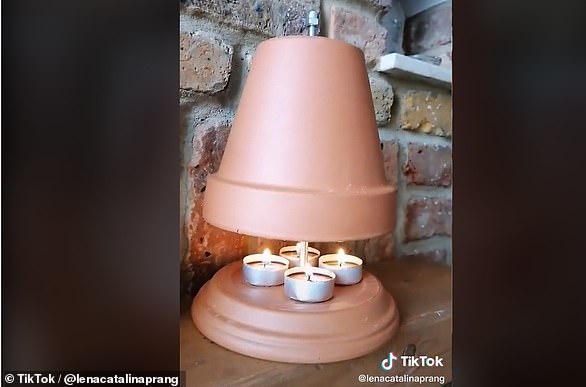 Fire experts from London Fire Brigade have said that the trend is very dangerous, as the outside of the pot will get very hot and creates a burn risk