Australia’s most popular ‘TikTok medium’ reveals the ‘shocking’ moment he told a woman she would be giving birth in 13 months, just days after she had suffered a miscarriage.

Cael O’Donnell, 25, said he was ‘drawn to doing a reading’ for a young woman who appeared on his Instagram Live.

When he ‘connected to spirit’ he was told the young woman had just found out she had lost her first baby to miscarriage.

Cael O’Donnell, 25, is Australia’s most famout TikTok psychic – he says he is often shocked by the messages he’s ‘asked to convey’ from the spirit world 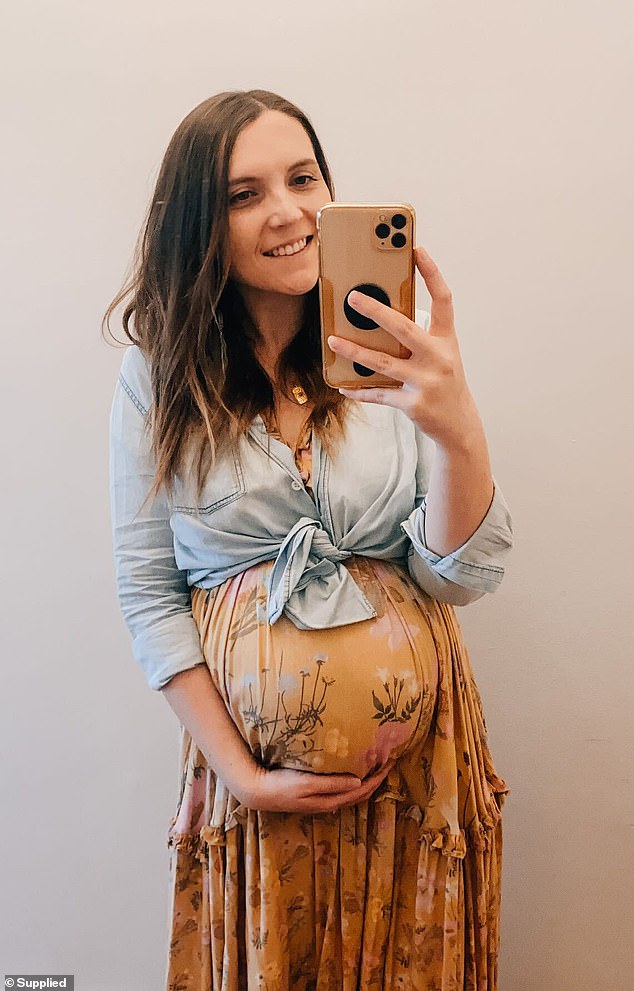 Mum Katie Richens, 30, is now the psychic’s top fan – after he correctly predicted she would have a little boy

But that ‘she would have a son in late October’, he conveyed the message despite it being ‘very bold’.

‘I heard the words come out of my mouth, and I just thought to myself well that was bold. I hope it happens or my career could be over,’ he said.

‘These moment happen so often, I think to myself that was a huge prediction, but I am just here to pass on the messages so that’s what I do.’

The young woman, Katie Richens, now has a baby boy, Charlie, who was born in early November and has become Cael’s biggest fan.

‘Everything he said was so spot on, and Charlie very easily could have been born at the end of October, he was only a few days off,’ she told FEMAIL.

The mum confirmed she was struggling with very fresh news about her first pregnancy when she spoke to Cael.

‘Being told I was going to have a son soon, to be pregnant again so soon and that my first baby was a boy was bittersweet,’ she said.

Adding that Cael had known things about their baby, who they lost at ten weeks, that they hadn’t told anyone.

‘He said the baby didn’t have a good heart, which was the case,’ she said.

‘The heartbeat was slow during the eight week ultrasound, which can sometimes resolve itself, se we were hoping that would be the case but we lost him,’ she said. 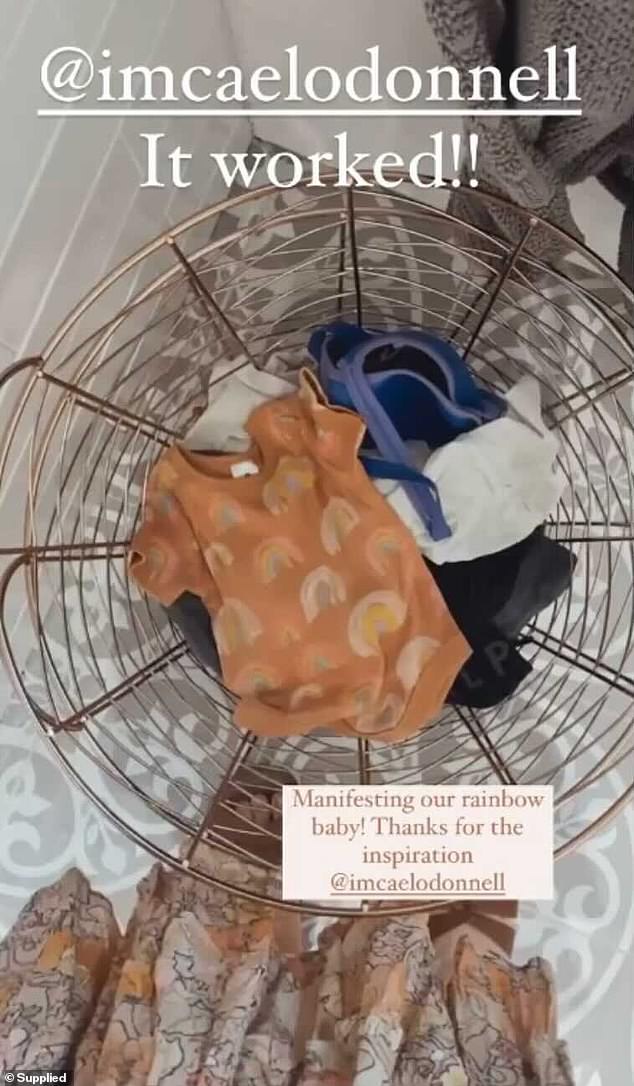 The psychic said he connected to the spirit of the baby she had lost just days earlier, and told her she would be a mum soon – suggesting she manifest it by washing baby clothes

Cael told the 30-year-old mum to ‘buy a baby jumpsuit and put it in the wash’ to help ‘manifest her second baby’.

‘I bought the jumpsuit and found it really healing when I put it in the wash every week, four months later we were pregnant,’ she said.

‘It was really hard to be excited at first, but at about 16 weeks I was finally able to celebrate being pregnant again because it felt safe,’ she said.

Cael said he was thrilled when the mum jumped on his Instagram live to tell him, his supporters and his critics that his prediction had come through.

Katie said she ‘had to tell him’ once her son Charlie was safely in the world.

‘So many people jump on those things and are so quick to criticise – I wanted to show them the proof – that Cael was the real deal,’ she said.

Cael said he loves hearing back from clients when his predictions come true.

‘A lot of people don’t realise when their predictions come true, because over the course of a year or a few months it can all feel natural,’ he said. 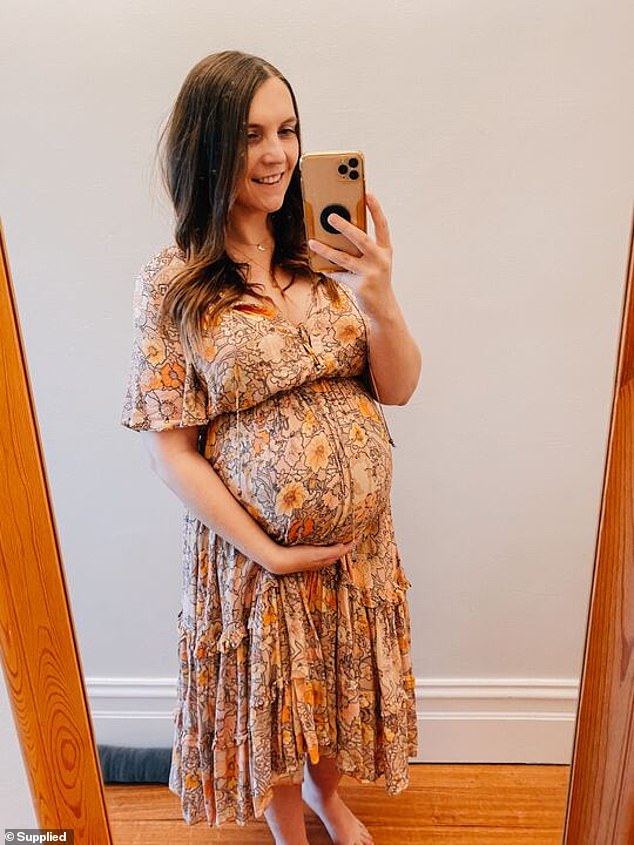 He said he recently got a message from a young woman who found love after a reading.

‘I told her she was going to meet a really boring man, that the first date would be awful but that she had to give him three more chances,’ he said.

‘She called me to say two weeks after out chat she had the most boring date of her life, but my reading was still fresh so she decided to give him a chance.’

‘She said after date three he really started to open up, and she quickly started falling for him,’ he said. 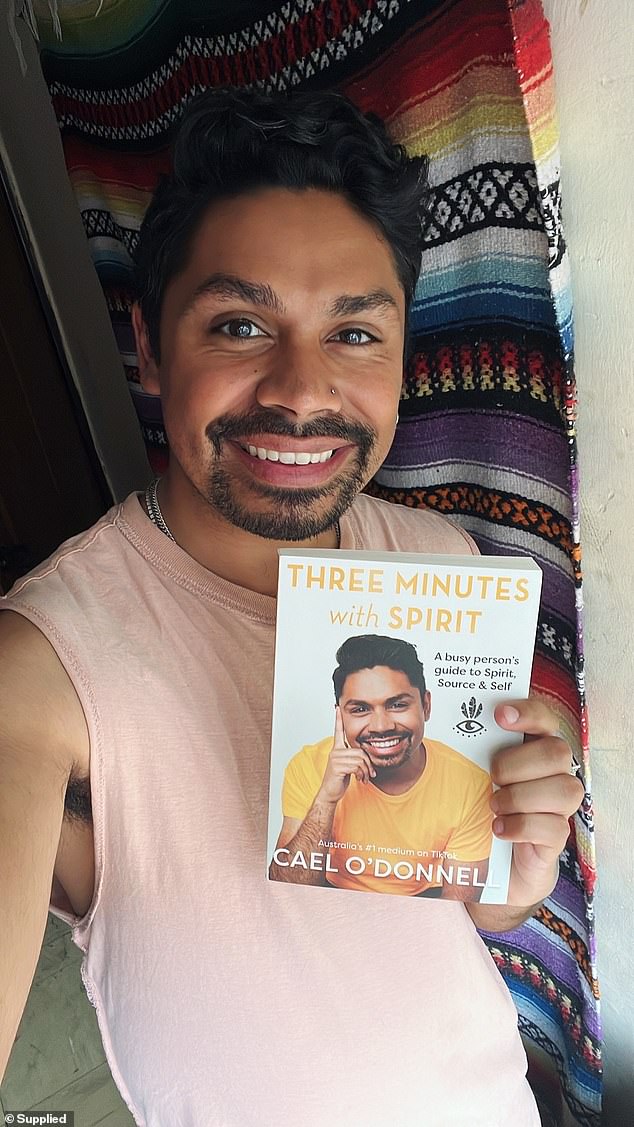 And while he mostly passes on good news – he will sometimes tell people to ‘delay’ holidays or from making big decisions.

‘I hate bringing doom and gloom to the table so will guide them around it instead,’ he said.

‘I always sent my intention for readings for good news,’ he added.

Cael is set to start his first Australian tour next week, coupling the huge event with the launch of his first book ‘Three minutes with spirit’.

Cael was a therapist before deciding to quit his 9-5 job to become a full-time psychic.