TikTok is promoting ‘toxic’ diet cultures to teens and young people across the world, scientists say.

They have issued the warning after analyzing 1,000 of the most popular videos — viewed more than a billion times — with fitness or food-related hashtags.

The study found the advice in the videos was of poor quality, was not backed up by evidence and often promoted unhealthy relationships with food.

Most diet advice came from influencers, who are not experts and instead became famous for being attractive or charismatic.

Dr Lizzy Pope, a dietician at the University of Vermont who led the study, said: ‘Each day, millions of teens and young adults are being fed content on TikTok that paints a very unrealistic and inaccurate picture of food, nutrition and health.

‘Getting stuck in weight loss TikTok can be a really tough environment, especially for the main users of the platform, who are young people.’

TikTok in particular is an attractive app for young people, with 60 per cent of the userbase being between the ages 16 and 24.

They most frequently develop between the ages of 12 and 25 and affect around three per cent of women at some point in their lives. 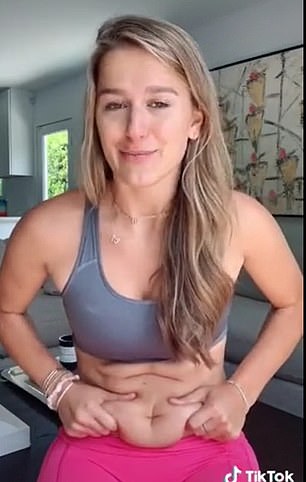 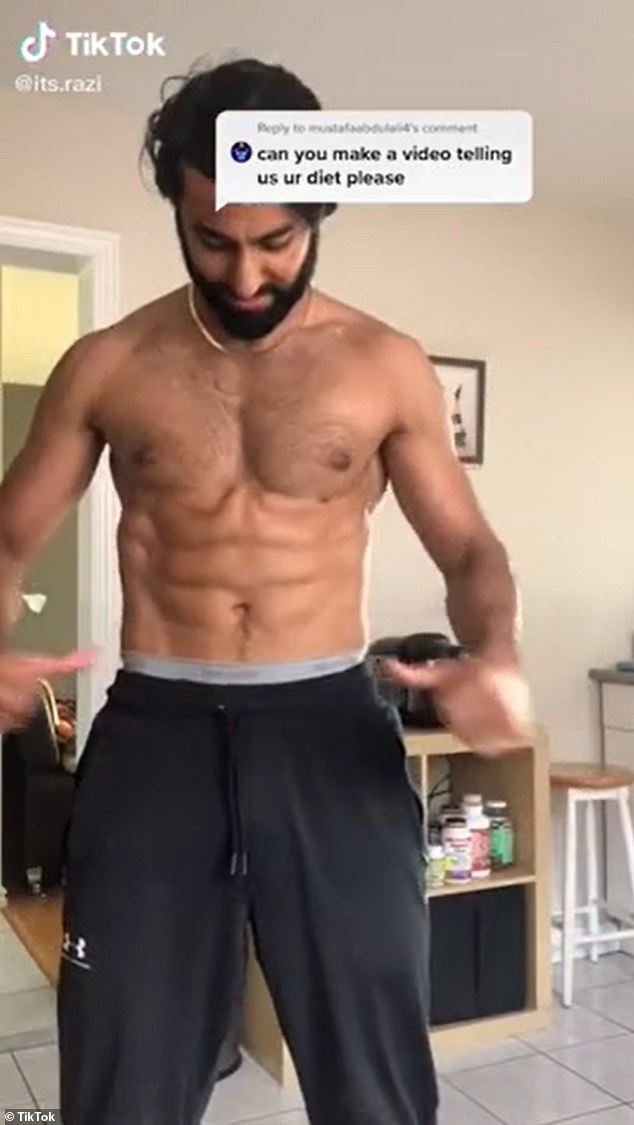 Dr Pope warns young people may develop warped views of health and how to treat their body because of the information being spread on TikTok.

The research team analyzed 100 videos from 10 popular nutrition or fitness related hashtags for their study, published Tuesday in PLoS One.

Each of the hashtags had over 1billion views on TikTok since the when researchers began the study in 2020.

The videos varied drastically. Some include personalities sharing recipes and their daily eating habits with viewers.

Others give tips and tricks to lose weight an reduce fat around the body.

Some discuss themes from the other videos, commenting on the benefits and harms of diet culture both on TikTok and in general.

‘The fact that billions of people were viewing content about weight on the internet says a lot about the role diet culture plays in our society,’ Dr Marisa Minadeo, a nutrition expert at Vermont who was also involved in the study, said.

Some doctors have moved to a mindset that no longer sees weight as the most important matter in a person’s health, including Dr Pope.

These nutritionists have instead they have adopted ‘weight-inclusive’ nutrition, rejecting that there is a ‘normal’ weight every person can achieve.

OBESITY ON THE RISE IN AMERICA’S YOUNGEST CHILDREN

The rate of childhood obesity has tripled since the 1970s, affecting one in five children in the US and 14 per cent of those between ages two and four years old, according to CDC data.

Childhood obesity is now the number one health concern among parents in the US, topping drug abuse and smoking.

Obesity continues to plague more than one-third of adults in the US, and experts have warned that that proportion will only grow as younger generations do.

Over the last two decades, the US has implemented countless awareness programs to try to combat the obesity epidemic.

Former First Lady Michelle Obama became a mascot for healthier children while her husband was in office, spearheading the ‘Let’s Move’ campaign, designed to motivate children to eat healthier and stay active in an effort to promote overall health.

But under the Trump administration , the US Department of Agriculture announced that it would relax the school lunch guidelines she championed – requiring more fresh fruits and vegetables and low-sugar dining options – in favor of new rules that would allow sweetened milk and sodium rich entrees.