A search is underway for a thug who allegedly punched a train conductor in the face.

The commuter was travelling on a V/Line service between between Geelong and Lara on the Warrnambool line south-west of Melbourne on Wednesday morning when a conductor asked him to turn his music down.

The commuter and conductor then both got off the train at Lara around 8.30am, when the man allegedly punched the conductor in the face before fleeing on foot.

He was initially assisted by station staff before paramedics treated him at the scene and was taken to hospital.

The incident sparked major delays on the Warrnambool line, with passengers forced off the Melbourne-bound train.

Investigators have released CCTV and images of a man who they believe may be able to assist with their inquiries.

The man was wearing a while cap, dark blue hoodie, grey tracksuit pants, white sneakers and had a black backpack.

‘Inquiries are ongoing and we are appealing for any witnesses to come forward,’ Lara Sergeant Glen Jones said.

Anyone with information is urged to contact Crime Stoppers. 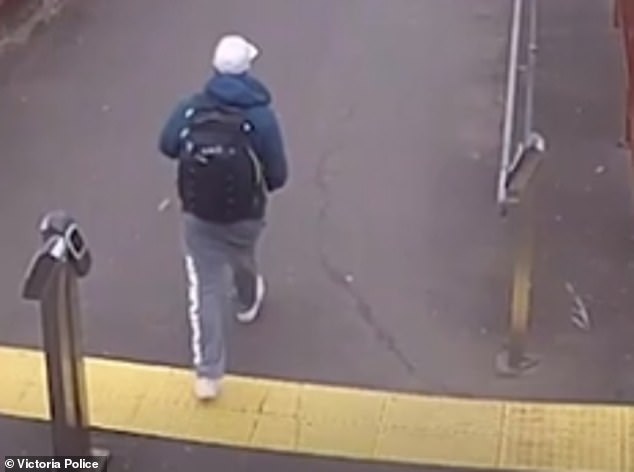