Fall from grace: The once lauded fund manager Neil Woodford

This Friday, the nation will be into day two of a joyous four-day celebration of the Queen’s Platinum Jubilee.

Street parties will take place, and red, white and blue bunting will be to the fore.

There will be dancing and partying long into the night and over the weekend – and I plan to be part of it.

But June 3 will also mark another anniversary, which, for those ensnared in it, will not be a joyous one at all.

There will be no celebrations, just a sense of betrayal, of being let down, of being legged over, forgotten and pleas for financial justice being met with a wall of silence.

Why? Well, it will be three years to the day since Neil Woodford, at the time one of the country’s most lauded fund managers, was forced to suspend dealings in his showcase investment vehicle, Woodford Equity Income.

A £3.7billion fund that at its height was valued in excess of £10billion – and which hundreds of thousands of investors depended upon as part of their retirement finances.

And a fund that has now been dismantled as a result of possible mismanagement, crystallising £1billion of losses for some 400,000 investors. It’s considered by some as one of the biggest investment scandals of our lifetime.

Egged on by glowing recommendations from high-profile companies such as wealth platform Hargreaves Lansdown, investors thought that when it came to investing, Woodford, with more than 30 years of investing under his belt (most of it at Henley-on-Thames-based Invesco Perpetual), could walk on water.

He couldn’t. By the end, he had got too big for his boots, deluded by being made a Commander of the British Empire in 2013 for ‘services to the economy’ – and setting up a business (Woodford Investment Management) where he could make investment decisions without being accountable to anyone.

He ruled the roost, a dangerous management strategy in an industry where the challenging of investment decisions by peers is often seen as healthy, prudent and a safeguard.

Although equity income in name, the Woodford fund had become more akin to a venture capital fund, with big holdings in start-up companies, many of them unlisted, unprofitable and imposs­ible to sell.

Sadly, June 3, 2019, was the beginning of the end for Woodford Equity Income and Neil Woodford’s Oxfordshire-based Woodford Invest­­ment Management. Suspension was followed by the fund’s break-up, ordered by its overseer, the authorised corporate director, Link Fund Solutions.

As a result, most of the fund’s assets – bar an illiquid rump – have now been flogged off and the proceeds passed on to the 400,000 investors. Other Woodford funds, such as investment trust Patient Capital and Income Focus, have been taken over by rival asset managers – Schroders and Abrdn respectively.

Yet time has healed no wounds. An investigation into the fund’s suspension, initiated nearly three years ago by City regulator the Financial Conduct Authority, has (scandalously) yet to be completed.

This has fuelled concerns that no one will ever be held accountable for the losses that Equity Income investors have incurred.

So, Neil Woodford has yet to be censured.

At best, he badly managed the fund by taking the portfolio far away from its equity income brief – which was to typically invest in big UK companies such as tobacco stocks that pass on a big chunk of their profits to shareholders by way of dividends.

Nor has Link Fund Solutions been held to account. Its duty was to ensure Woodford managed the fund in line with its mandate.

Nor for that matter has wealth platform Hargreaves Lansdown and some financial advisers who were happy to keep backing Woodford even though it was obvious in 2018 and early 2019 that the wheels were beginning to fall off his bus.

As we said in our Wealth section at the time: ‘Is it time to dump Neil Woodford?’

That article ran towards the end of March, 2019 and the answer from every financial expert we spoke to bar one (Hargreaves Lansdown) was that investors should run for the hills.

Yet the focal point of most current criticism is the FCA. As one Woodford Equity Income investor told me last week: ‘Over £1billion of investors’ money in this fund has been lost, written down or paid over in fees in fund wind-up contracts.

‘Yet no one has been held to account – and not a single word of comment, censure or criticism has been issued by the regulator: an organisation specifically created with the objective of protecting individuals from financial malpractice.’

As an aside, he also said: ‘Thank you for your numerous articles in The Mail on Sunday over the past three years, holding those responsible for the break-up of Woodford Equity Income to account.

‘In the current challenging financial climate, many pensioners like myself would welcome some modest compensation for the life savings we lost.’ 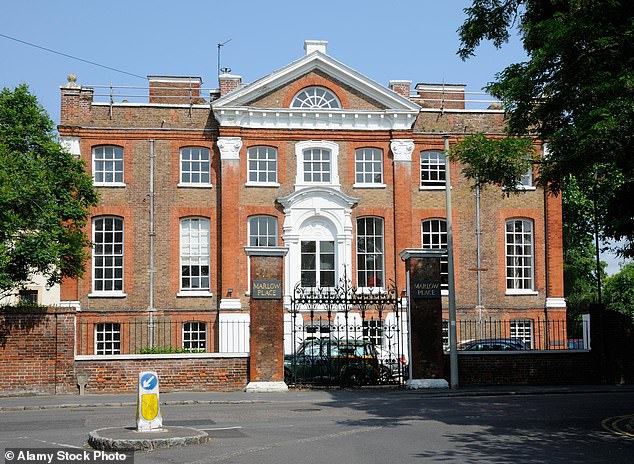 Palatial: The offices of Neil Woodford’s new firm in  Marlow

Miller does not mince his words. ‘The nasty rash that is the Woodford scandal has cost Equity Income investors more than £1billion.

‘Yet the FCA has done nothing – no one has been arrested, nobody has been suspended from their work and nobody has been fined. It has not conducted its enquiry in a timely manner and it has yet to set up an investor redress scheme.’

Miller says the losses suffered in previous investment scandals such as Arch Cru (£120million), London & Capital (£230million) and the British Steel Pension Scheme (£221million) are a fraction of those suffered by Equity Income investors.

Yet a redress scheme – or any form of compensation – seems years away. His belief is that compensation is most likely to come via class actions taken by claims companies. Yet these claims could take until 2026 to be settled – longer if challenged.

There is more. The joint founder of asset manager SCM Direct says the scope of the regulator’s investigation is far too narrow, centring on the fund’s suspension when it should be far broader and go back further.

For example, Miller says that at the end of 2014, the regulator ignored ‘red flag warnings’ in the annual accounts for Equity Income that confirmed the fund’s 30 per cent exposure to illiquid assets. He believes the regulator should also be investigated.

Fund­Expert’s Dennehy also believes that the FCA is culpable. He says: ‘If they had not been asleep at the wheel, the Woodford debacle would never have ended as it did. But I fear the most damaging reputational risk is not to the regulator, who is invisible to the investing public, but to the financial services industry.’

He adds: ‘The risk is a strike by investors, who will refuse to invest for their future with an industry whom they no longer trust.’ 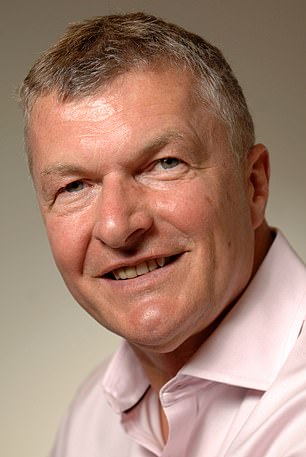 Brian Dennehy: The risk is investors will refuse to invest for their future with an industry whom they no longer trust

Dennehy reckons it is time for the Treasury Select Committee to start kicking regulatory backsides again. Early this year, chair of the committee Mel Stride, urged the FCA ‘to allocate the resources required to enable as swift a conclusion to their investigation as possible’.

Last week, The Mail on Sunday asked to talk to Neil Woodford. Through his former public relations adviser, we were told he ‘would rather not speak’.

What Woodford is actually up to at the moment remains something of a mystery. Earlier this year, it was confirmed that he had set up a new company called WCM Partners, operating out of rather grand, serviced offices in Marlow, Buckinghamshire.

Its role, we were told, would be to advise on the portfolio of life sciences companies acquired by US company Acacia Research in June 2020 from the wreckage of Woodford Equity Income.

Clifford Press, chief executive of Acacia, said of Woodford: ‘I’ve met a few of the really legendary investors, and when I met Neil I knew I was standing in the presence of a truly exceptional investment manager.’

Yet on Friday, its website was incomplete, while no one in the Marlow offices or the managers of the property – Exeid – could or would confirm that Woodford still rented space there.

Acacia was asked to confirm whether WCM Partners was still giving it investment advice. However, no response was forthcoming.

We sought a comment from Hargreaves Lansdown on the failure of the Financial Conduct Authority to issue its report into Woodford.

It said: ‘No comment from us, thanks for checking.’

Link Fund Solutions was invited to comment on whether its decision to break up Woodford Equity Income was, with the benefit of hindsight, the right one – as well as on the FCA’s ongoing investigation. It declined to comment.

Why are we still waiting for FCA report?

Given the damage done to the reputation of the retail investment fund industry by the Woodford debacle, you would have thought the regulator might have thrown the proverbial kitchen sink at getting its report into the fund’s suspension in 2019 published promptly.

But, despite the vast financial resources available to the Financial Conduct Authority – around £600million a year – and pressure from the Treasury Select Committee, the report’s gestation period is soon to surpass three years. Longer than that of black alpine salamanders.

Maybe, the up and coming three-year anniversary of the Woodford fund suspension has made the FCA conscious of its procrastination. Why? Because, last week, it actually provided The Mail on Sunday with some comment on the report’s progress. On Friday, it said it needed to get its report on Woodford right and that shortcuts were not possible.

It added: ‘We recognise that the time taken to investigate causes frustration among those affected by a firm or fund failure and who are, understandably, looking for answers. It is vital we investigate thoroughly and that is what we are doing.

‘We continue to make progress on the case and will provide an update when we are able to.’ It confirmed it had conducted numerous witness interviews, issued many information requests, gathered thousands of items of relevant material – and that the investigation was a complex one.

Reading between the lines, this suggests the report may not see the light of day before the end of the year.