The first is the seemingly straightforward equation ‘8+2×4÷2’, while the second is a photo that asks you to identify how many triangles you can see in the picture.

The third is a problem where fruit such as apples and bananas represent a numeric value which must be added together to reveal the solution.

But despite being geared towards children, the problems – collated by Chris Chris Hogbin, education leader at mathematical software solutions company, 3P Learning – are trickier than they initially appear.

The questions were shared with Daily Mail Australia by in honour of World Maths Day, an international celebration of mathematics marked by over 17,000 schools in 150 countries.

The wrong answer will be reached if you mix up the order of operation, which is the method used to solve mathematical equations.

Three orders of operation are taught around the world: PEMDAS, BEDMAS and BODMAS.

These methods are conventional ways in to solve problems and must be followed from left to right.

PEMDAS, on the other hand, stands for parenthesis, exponents, multiplication, division, addition and subtraction. It is often expanded to the phrase, ‘Please Excuse My Dear Aunt Sally’.

In this case, ‘exponents’ is the same as ‘order’. 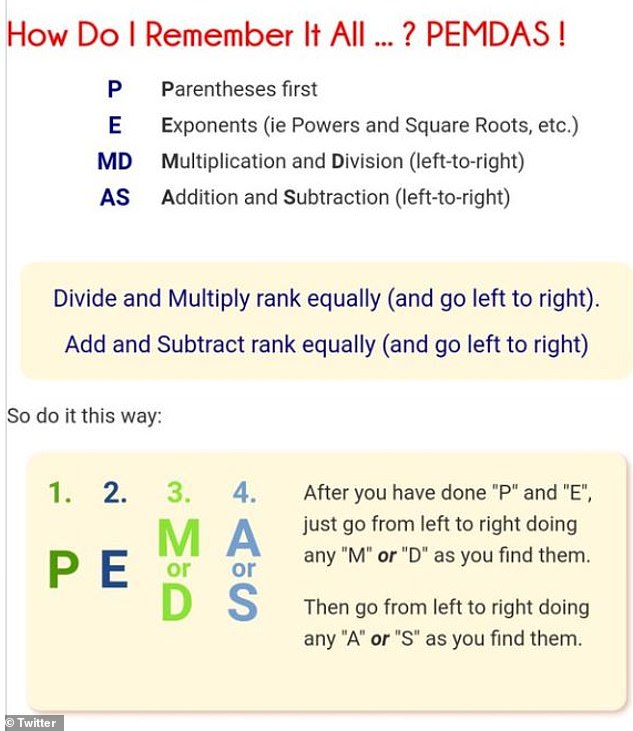 PEMDAS stands for parenthesis, exponents, multiplication, division, addition and subtraction. It is often expanded to the phrase, ‘Please Excuse My Dear Aunt Sally’

BEDMAS changes the ‘P’ for ‘B’, which stands for brackets and means the same thing.

The interchanging of the D and M doesn’t hold any actual value in the order of operation.

An important note in the order of operation – and a major reason why so many arrive at the wrong answer – is that you must do either multiplication and division followed by addition and subtraction based off which occurs first from left to right.

2. How many triangles do you see? 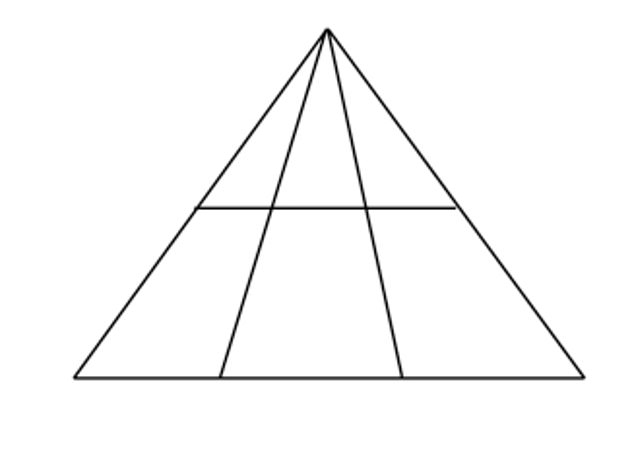 How many triangles do you see? 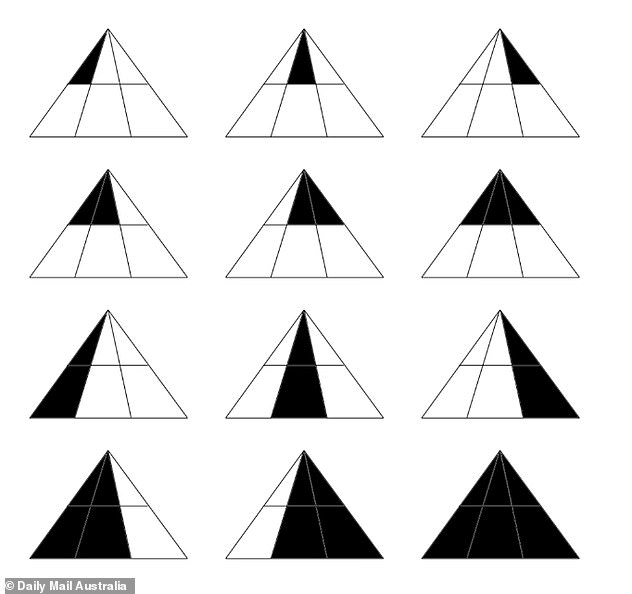 The correct answer is 12

The second problem is a photo of a triangle segmented by lines, which asks you to identify how many triangles you can see in total.

The only way to form triangles in the figure is if the top corner is part of the triangle.

The base of the triangle will then have to be one of the two levels below, with each giving the option of a six different bases.

3. How many pieces of fruit are you left with? 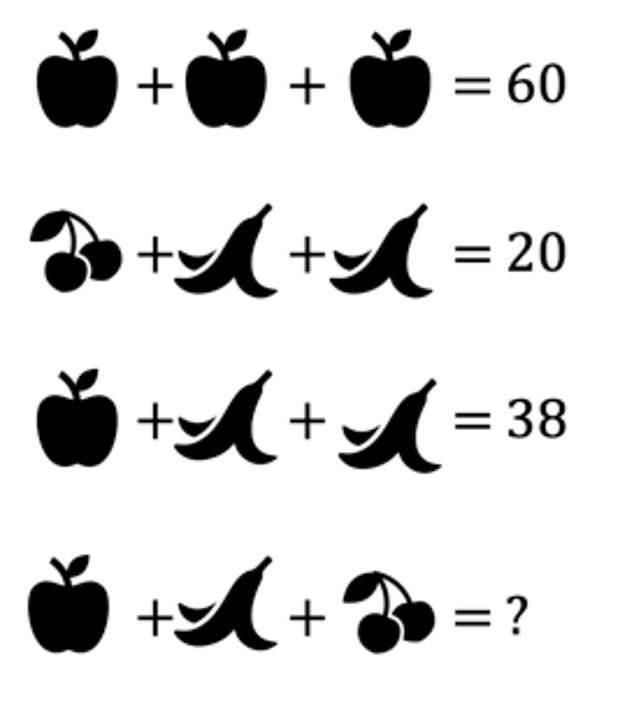 The third and final question involves four simple addition problems where numbers are represented by types of fruit, with numeric values hidden

How many of these questions did you answer correctly?

The third question involves four simple addition problems where numbers are represented by types of fruit, with numeric values hidden.

The answers to the first three equations have been given, which allows you to work backwards to reveal the numeric value of each fruit: apples, bananas and cherries.

Three apples equal 60, while two bananas plus one cherry equal 20.

One apple and two bananas equal 38.

These answers must then be used to solve the fourth and final equation, which reads: apple + banana + cherry = ?

World Maths Day will kick off on Wednesday, May 5 and run for 48 hours.