Three in four US children aged 17 or younger have been infected with Covid over the past two years – more than any other age cohort – though youths make up 0.01% of deaths

More than three in four American children and teenagers have caught COVID-19 since the pandemic began — the most out of any age group, a report from the Centers for Disease Control and Prevention revealed today.

In the major study, the agency looked at the prevalence of Covid-fighting antibodies in more than 200,000 people across the U.S. over the last two years — but despite the heavy disease burden among minors deaths remain low.

Official figures show 1,001 Americans under 18 years old have had the virus mentioned on their death certificate, accounting for just 0.01 per cent of the almost a million deaths reported since the pandemic began.

Dr Monica Ghandi, a top infectious disease expert from the University of California, San Francisco, said the data was yet more evidence booster shots are ‘not needed’ for youngsters. They are currently being offered to everyone aged 12 years and older.

Among people above 65 years old — who are most at risk from the virus — barely a third had been infected with the virus over the last two years.

The above graph shows how the proportion of children and teenagers with Covid-fighting antibodies (thick blue and blue dotted line) rose to 60 per cent in February 2022, the latest available. Across the U.S., three in five people are thought to have caught Covid 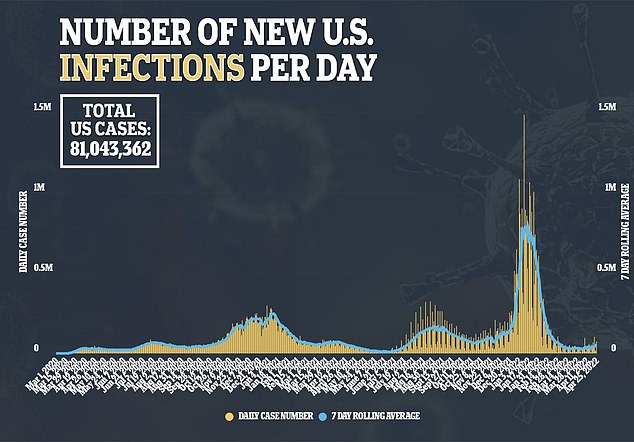 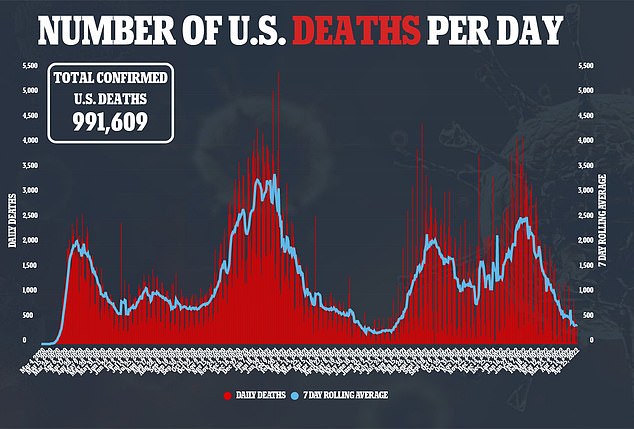 Covid booster shots might not be needed every year, experts say

Covid booster vaccines might not be needed every year because protection against severe infection is holding up ‘pretty well,’ top scientists say.

Dr. Paul Offit, from the FDA’s jabs advisory panel, warned Tuesday that the U.S. is in danger of sleep-walking into an annual Covid vaccination drive, like with the flu, without considering whether the top-up shots were actually needed.

In the study, scientists randomly swabbed 70,000 people a month for Covid-fighting antibodies between September 2021 and February 2022.

They were tested for N-antibodies — which are triggered by a Covid infection. The study did not look at levels of antibodies sparked by vaccines, which generate different virus-fighting proteins because they are based on the original Wuhan virus.

Participants were drawn from across all 50 U.S. states, the District of Columbia and Puerto Rico.

Every age group saw a marked uptick in antibody levels over the period studied amid the arrival of the Omicron variant, which sent cases to record highs.

Adults aged 65 and older were least likely to have immunity from a Covid infection by February, the study showed.

Some 33 percent are estimated to now have Covid-fighting antibodies, compared to 19 percent five months.

The report did not speculate on why so many children had tested positive for infection-triggered Covid immunity.

Dr Kristie Clarke, co-lead of the CDC team that tracks infections, said although she had expected a rise she did ‘not expect it to increase quite this much’.

But Dr Monica Ghandi, an infectious diseases expert at the University of California, San Francisco, said it was more proof children did not need top-up jabs.

‘The fact that 75 percent of our children and adolescents in the U.S. have now been exposed to Covid and have evidence of [antibodies] is further evidence that booster shots are not needed for this population,’ She told DailyMail.com. 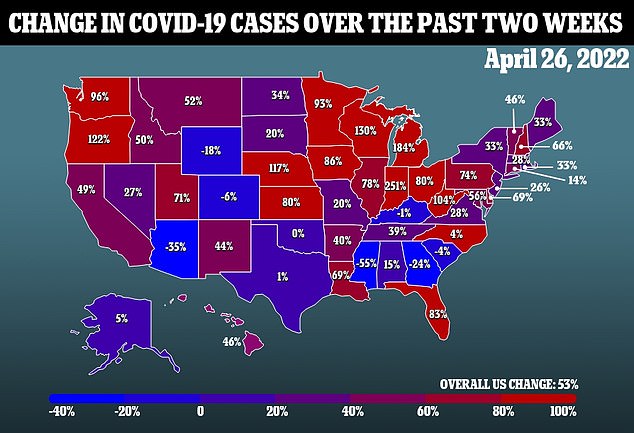 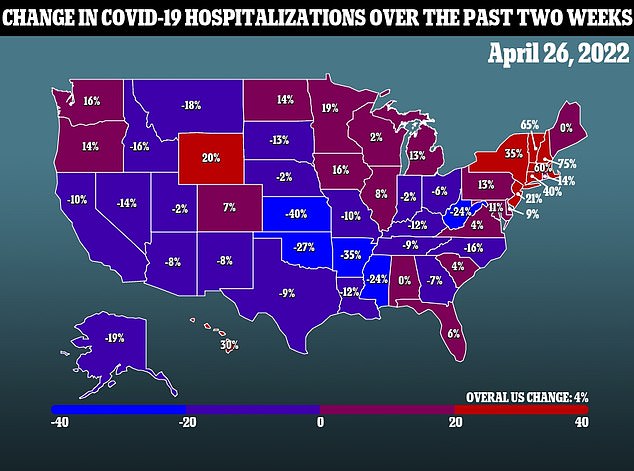 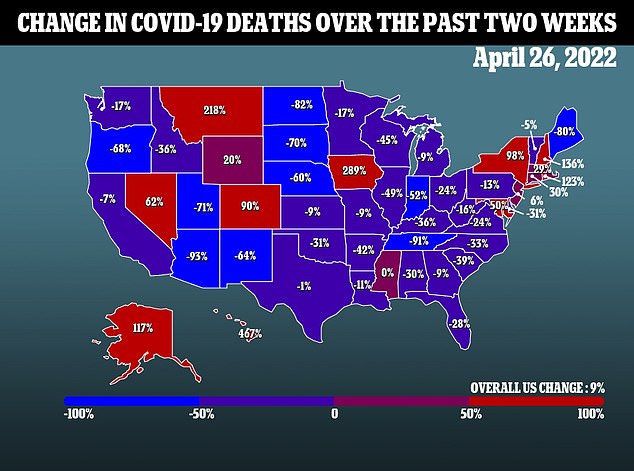 She said the CDC data along with that from previous studies suggesting strong immunity from natural infection ‘argues against the need for a booster shot for our younger populations’.

Ghandi has previously said she did not plan to get her 12 and 14-year-old sons boosters because the potential risks ‘outweigh’ the benefits.

CDC data shows about 74 per =cent of people aged 12 years and over are now double-jabbed against Covid across the U.S.

But among those who are now eligible for a booster this falls to 50 percent who have got the top-up dose.