Three homes have been peppered with bullets in a terrifying drive-by shooting in Sydney.

Police were called to Maiden Street, Greenacre, in the city’s south-west at about 9.30pm on Tuesday.

One home on Maiden Street was shot while bullets were also fired into two houses on nearby Juno Parade.

Multiple people were inside the homes at the time, but nobody was injured in the shooting.

Police were called to Maiden Street, Greenacre, in the city’s south-west at about 9.30pm on Tuesday after three homes were shot at

Witnesses say a man was acting suspiciously in nearby Allum Park.

Police are investigating while crime scenes have been set up at each home that was damaged.

Crews from PolAir, Traffic and Highway Patrol, the Dog Unit, and the Public Order and Riot Squad were all called in.

Police are investigating whether the incident occurred in nearby Allum Park.

Detectives are appealing for anyone who may have CCTV or dashcam footage from Maiden, Tempe, Karuah or Valencia Streets between 7.30pm and 10pm to contact police or Crime Stoppers on 1800 333 000. 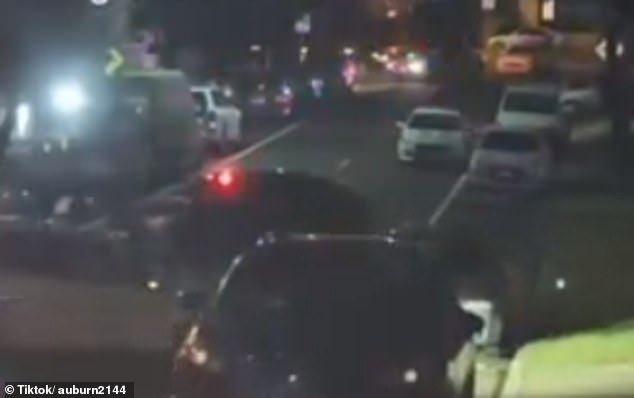