Three English nationals are being investigated over the death of a British woman who was killed when she was hit by a speedboat while swimming off a Corfu beach yesterday.

Claire Glatman, 60, was killed when she was hit by a speedboat while swimming in the sea off Avlaki beach, Corfu. Her body was discovered by another bather at around 10am.

Three young English nationals, whose families own villas on the island, are being investigated in relation to Mrs Glatman’s death, local media reported.

The speedboat thought to have been involved in the incident was found abandoned at a nearby beach and has been moved to a local marina while port authorities carry out an investigation.

The woman’s body was pulled from the sea shortly before 10am and taken to Corfu General Hospital. The family’s lawyer identified the body of the 60-year-old at noon yesterday.

Preliminary information from the hospital says Mrs Glatman bled out after the propeller cut a critical artery in her leg, but the cause of death is yet to be confirmed by autopsy, Corfu Press reported.

Pictured: Claire Glatman, 60, who tragically died yesterday when she was hit by a speedboat while swimming off a beach in Corfu, Greece

According to the Telegraph, Mrs Glatman was from Bedale in North Yorkshire and was on holiday with her husband, Mark, 63, and the eldest of her two daughters, who have been informed of her death. She also has two sons.

She was described as a resident of Corfu for most of the year who was ‘very popular in the local community’, according to public broadcaster ERT.

Mrs Glatman is said to have fallen in love with Mr Glatman on the island around seven years ago and the couple purchased a villa, where they spend a portion of the year, the Telegraph reported. 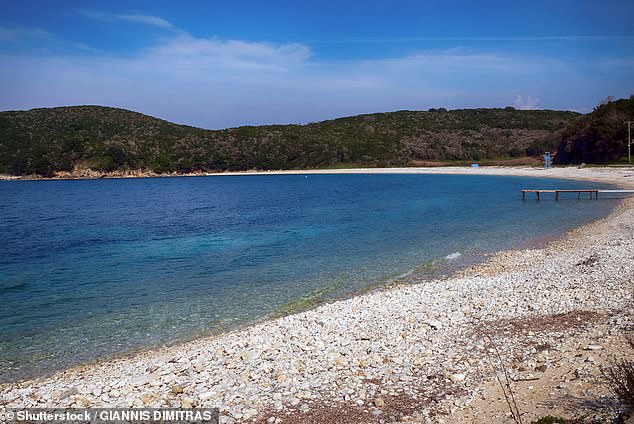 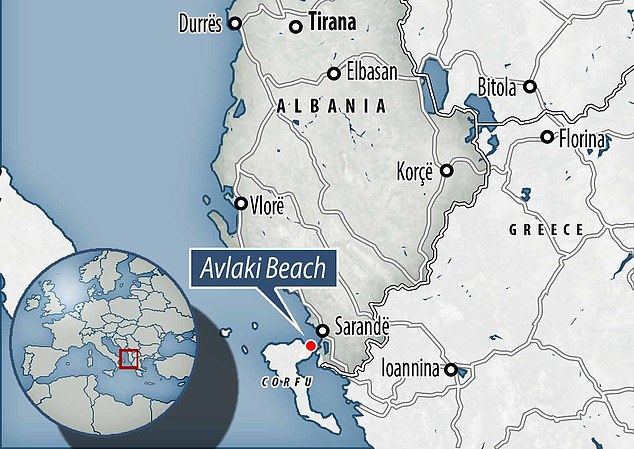 A friend who chose to remain anonymous told the Telegraph that Mrs Glatman was an experienced swimmer.

A coastguard spokesman told the Telegraph: ‘We received an emergency call by local swimmers who found the woman’s body floating in the sea.

‘The coastguard recovered the body and transferred it to the local state hospital where an autopsy will be performed to determine the exact cause of her death.’

A Foreign Office spokesperson said: ‘We are in contact with the local authorities following reports that a British woman has died in Corfu.’

UK tourists have been returning to Greece in recent weeks after travel restrictions were lifted.

Greece is one of the ‘travel corridor’ countries where tourists can go without having to quarantine for two weeks when they return to Britain.

However, an increase in coronavirus cases in recent weeks has pushed it closer to the threshold of 20 cases per 100,000 in a week at which the UK is likely to re-impose quarantine rules.

The current figure is 14.1, after nearly 1,500 new cases were reported in the last seven days.

Greece needs tourism to revive an economy still grappling with the aftermath of a depression that wiped out a quarter of its economy.

New local restrictions have been imposed in tourist hotspots such as Mykonos to curb the spread of the virus, including a midnight curfew for bars, restaurants and cafes and a ban on large gatherings.