Thousands of GPs and nurses are unable to go into work because they are waiting for results from a coronavirus test.

The mounting absences were revealed by the Royal College of GPs, as it warned testing tsar Dido Harding the ‘vital’ flu vaccination programme could be undermined, which ministers say will stop the NHS being overwhelmed this winter.

The delays are impacting doctors ability to see and diagnose patients suffering from life-threatening conditions early, threatening their chances of survival.

They said the difficulties are impacting rapid diagnoses of life-threatening diseases, such as septicaemia, kidney infections and meningitis,

The testing system has come under pressure since demand surged up to four times above capacity as schools and offices returned, leaving possible coronavirus patients being asked to drive hundreds of miles to get a swab.

Boris Johnson has promised to raise capacity to 500,000 a day by the end of October, but the industry warned yesterday that it is already a ‘few weeks behind’ the Prime Minister’s target due to delays in deliveries.

Thousands of GPs are off work as they wait for a coronavirus test, it was reported. (Stock) 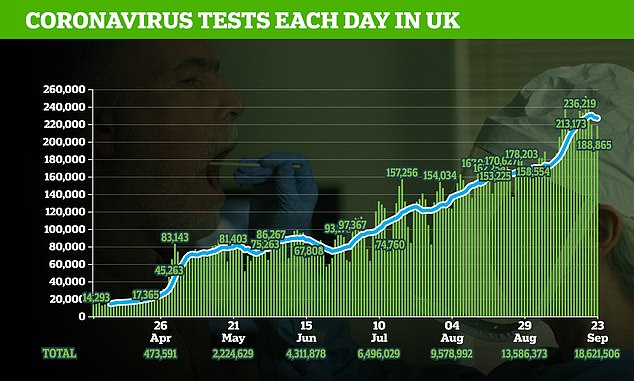 Expressing their concern to Baroness Harding, who heads the Government’s £12billion testing programme, in a letter, they said: ‘GPs tell us that they are struggling to access tests for themselves and their teams.

‘As schools and workplaces open, driving demand for both primary care services and testing, we simply cannot afford to have practice staff having to isolate, taking them out of frontline clinical practice. This is particularly important given the expanded flu vaccination programme which many practices started to deliver last weekend.

‘As a priority, general practice must have access to Pillar 1 testing, akin to access for staff in secondary care.’

They added: ‘The difficulties in accessing testing have also had a knock-on effect in general practice as GPs are being inundated with requests from patients struggling to access testing near them. It’s crucial that access to testing is available for patients who need it within accessible distances.

‘However, this must be alongside significant expansion to testing capacity, and general practice should not be the first port of call for Covid-19 testing, as this would lead to unmanageable GP workload levels.’ 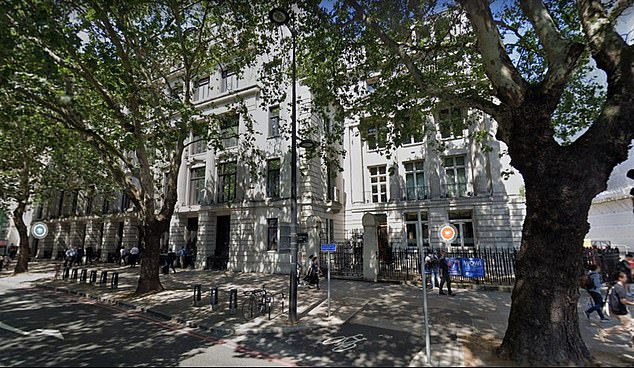 Matt Hancock has announced that in order to manage demand for tests there will be a prioritisation list, with doctors and nurses placed at the front of the queue.

In a priority list published on September 21 the Department of Health said: ‘While capacity is at a record high, demand has rapidly increased and is currently above these levels.

‘As we look towards winter, we have set out below those who we intend to test, as well as how and why we will test them.

‘The exact allocation of tests across these key areas is dynamic and may change, as it is based on the latest evidence on risk and demand.’

In ranking order this is how tests will be prioritised:

Mr Hancock said: ‘The testing capacity we have is valuable. And we must together prioritise it for the people who need it the most.’

Among the wider public, people in areas with high incidence will be given priority.

Speaking in the House of Commons, Mr Hancock said testing capacity was at a record high 253,521 but ‘alongside this record expansion, demand has gone up too’.

He told MPs: ‘We need to prioritise the tests on those who need the most to save lives, protect the most vulnerable and make sure our health and care services and our schools can operate safely.