‘We are a bit worried’: Thomas Tuchel tells the USA not to ‘overuse’ Christian Pulisic during crucial World Cup qualifiers as he admits Chelsea star is still struggling with ankle injury pain

Thomas Tuchel has warned the United States national team to be ‘responsible’ with Christian Pulisic’s fitness as the Chelsea winger ‘still feels some pain’ after returning from injury hell.

The 23-year-old made his return to the Blues matchday squad last week after an ankle injury took two months to heal, with Pulisic making his first Premier League appearance since the season’s opening day in Saturday’s 1-1 draw at home to Burnley.

The US national team captain is now set to fly off for his country’s vital World Cup qualifiers against Mexico and Jamaica next week, but Tuchel, who gave Pulisic substitute cameos against Malmo and Burnley, hopes the winger is not overused. 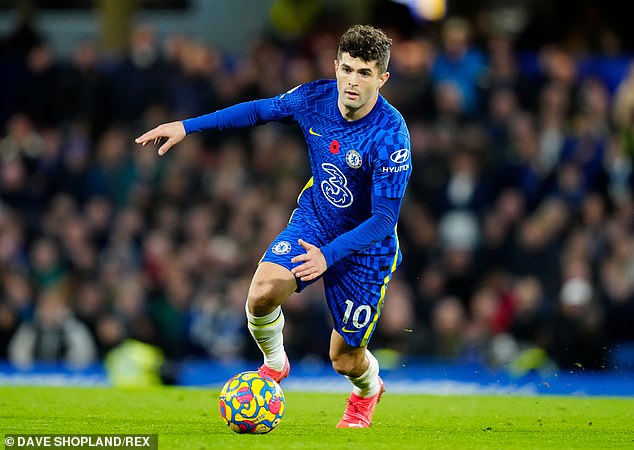 ‘The answer is if you look at the minutes like you said, the question is maybe answered,’ Tuchel told reporters over the weekend. ‘I hope that they don’t overuse him and are responsible enough.

‘Christian still feels some pain. It is a matter of pain management. It’s not a matter of a re-injury or being still injured. It’s just still painful. He has tried hard.

‘He wants desperately to come back. We needed him back. It was a good start for him in Malmo. He had 10 minutes (against Burnley on Saturday). We are a bit worried.

‘Hopefully everybody, including himself, is responsible and doesn’t get carried away by emotions and by helping his country to win a super important match. Hopefully it all goes well and the minutes will elevate him and he will come back stronger.’ 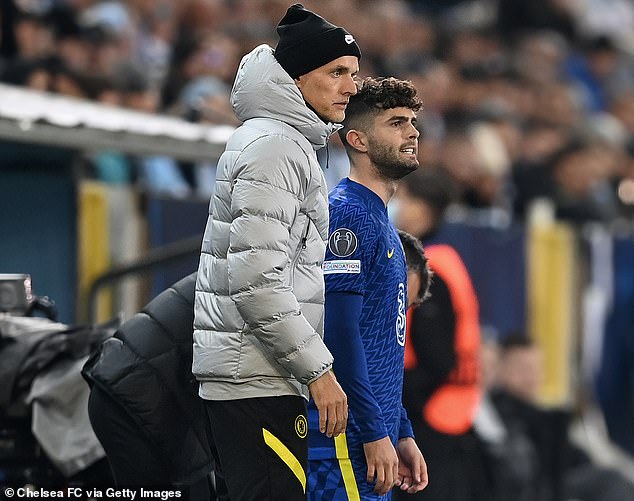 Pulisic made his Chelsea return during their slender Champions League victory over Malmo on November 2, with the winger playing the final 15 minutes of the European tie.

The attacker then came on in the 85th minute of Chelsea’s stalemate at home to Burnley on Saturday, with Pulisic picking up around 10 minutes of action, including stoppage time.

The 23-year-old has struggled with injuries for the past 18 months, which have clouded his time in west London since joining the Blues for £60million in 2019 from Borussia Dortmund.

Pulisic has picked up 11 separate injuries, one of them being a positive coronavirus diagnosis in August 2020, with the American suffering a calf injury before his two-month ankle lay-off at the start of the season. 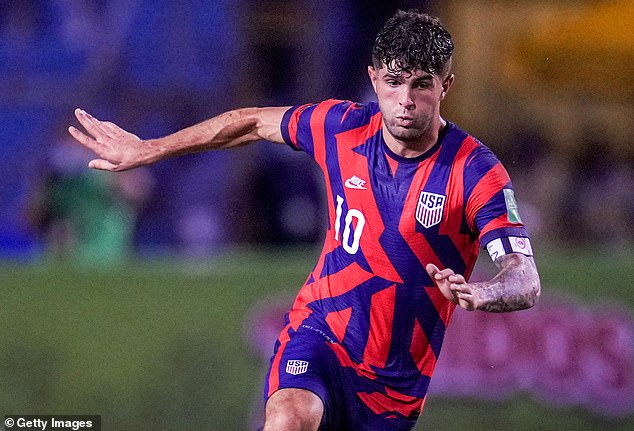 Chelsea have remained top of the Premier League in Pulisic’s absence, but the winger’s attention will now turn to international duty as the United States hope to seal a place at the Qatar 2022 World Cup.

USA are currently second in their World Cup qualifying group, three points behind leaders Mexico, who they play on November 12.

Pulisic’s side needs to finish in the top three teams to guarantee a place in Qatar – they are one point ahead of Canada in third and three ahead of fourth-placed Panama.

The United States failed to reach the Russia 2018 World Cup, the first time they missed out on qualification for football’s biggest tournament since 1986.