Thomas Tuchel has described the break-in that saw thieves steal Champions League and England medals from Chelsea defender Reece James as ‘shocking’ and says the club are fully supporting him.

James, 21, was playing for Chelsea in a Champions League match against Zenit St Petersburg on Tuesday evening when the gang broke into his £2.5million house in north Surrey.

He posted footage of the gang on his Instagram account and revealed his Champions League winners medal from last season, his Euro 2020 silver medal from the summer and this season’s European Super Cup winners medal were in a safe that was taken. 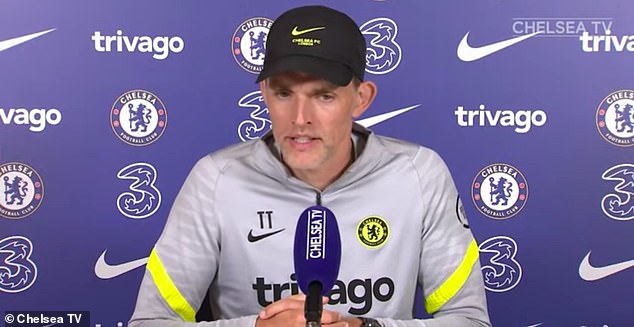 Speaking ahead of Chelsea’s London derby at Tottenham Hotspur on Sunday, manager Tuchel said the club was doing everything to support James.

‘It was pretty shocking to all of us and to hear the news and to see the footage. There is not much to say, I think that’s it’s a given that we support him,’ he said

‘The club is very supportive and we are supportive emotionally. Sometimes it helps to focus on something else and that not everyone tries to help you and wants to talk with you about it again and again and again.

‘Sometimes it helps to keep the focus on the game and on training and what to do to have the best distraction. It’s clear that everyone here supports him.’

Tuchel’s words suggest that James will be involved in the match at the Tottenham Hotspur Stadium on Sunday despite the traumatic events. 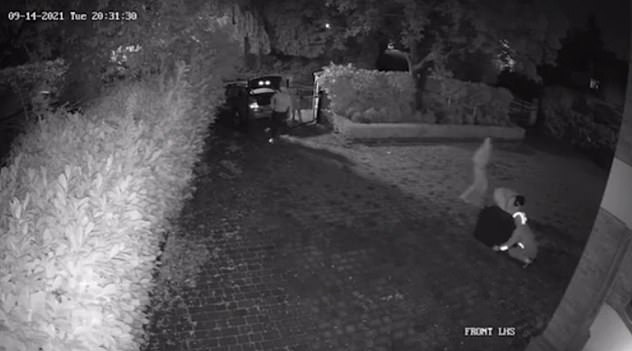 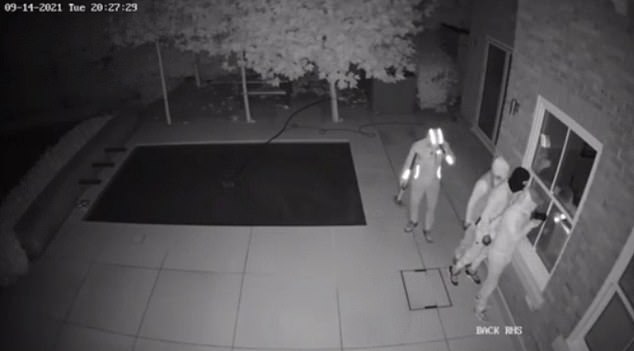 One clip shows some of the thieves struggling to move the safe while others struggle to open the gates of the footballer’s home. Eventually, they manage to do both things and load the safe into the back of a getaway car

The security camera footage posted by James showed some of the thieves struggling to move the safe while others try and open the gates of the footballer’s home, which was empty at the time.

Eventually, they succeed in moving the safe into the back of a getaway vehicle, open the gates and drive off.

Speaking about the break-in, James wrote on Instagram: ‘On the evening of the 14th of September 2021 when I was playing for my club in the return of the Champions League, a group of cowardly robbers broke into my house.

‘They managed to collectively lift a heavy safe containing some personal items of mine into their car.

‘These medals were won representing Chelsea and England – honours that can never be taken away from me whether or not I have the physical medals to prove it.

‘Nevertheless, I am appealing to all my Chelsea and England fans to help identify and turn in these low life individuals who will never be able to rest easy as the evidence is mounting against them. 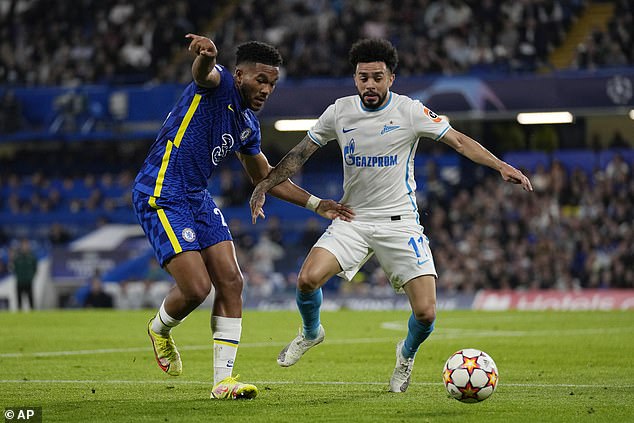 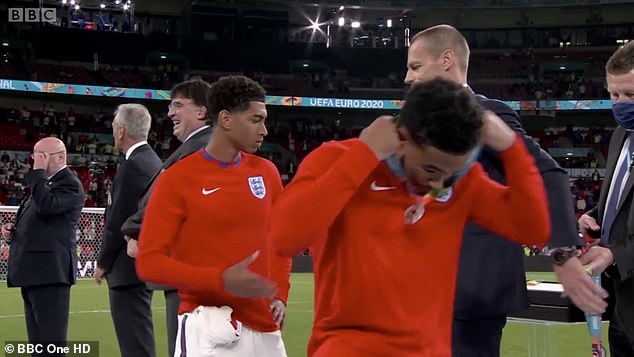 After the Euro 2020 final loss against Italy, James (front) was one of several England players who took off their runners-up medals shortly after receiving them

‘The police, my advisers and Chelsea FC (and many others) are all behind me as we have firm leads on who the perpetrators are. We are closing in on them.

‘Luckily, no one was present during the break in but I want to let all of you know I am safe and well.

‘I really do appreciate having the platform to tell you all about my misfortune and I hope together we can catch these individuals and deliver justice where it is due.’