Thomas Tuchel has admitted it could take Chelsea longer than just this season to catch Manchester City despite the club spending more than £325million in the last two years.

The German labelled his side ‘Borussia Chelsea’ in reference to his time as manager of Dortmund where he had to compete with the dominance of Bayern Munich.

Chelsea head into their second-against-third clash with Liverpool on Sunday 11 points behind leaders City who are running away to a fourth Premier League title in five years. It’s a game neither side can afford to lose.

Two points separated City, Liverpool and Chelsea just over a fortnight ago with excitement over a three-horse race for the title. Now, it’s double figures.

Tuchel, though, insists his side will not give up the fight — even if it’s one that is likely to take longer than the next five months to win. City have won 27 points more than any other side in 2021, with Chelsea their nearest rivals.

‘As long as I’m here in my Borussia Chelsea, I will do nothing else than make other teams underperform,’ said Tuchel.

‘We will even try to make Manchester City underperform. We will not stop.

‘And Jurgen, I’m pretty sure he will do the same to get the best out of Liverpool. And we, here, out of Chelsea. 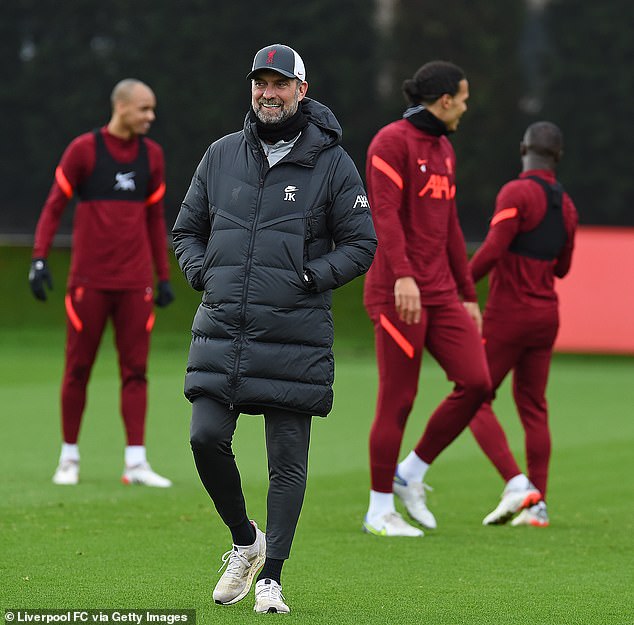 ‘We will not stop chasing, we will not stop believing or stop doing this. Maybe the difference to the situation right now in the Bundesliga is we have the belief.

‘We have to face reality. It helps in life in general if you are not dreaming and if you are realistic at some point.

‘If you look at 2021, you have to admit that City has something like, I don’t know, 20 more points than us and then Liverpool.

‘We are the next in that race but it’s a big gap – a big gap in points and in goals scored.

‘I said this when I arrived, we have to close the gap as soon as possible and we will try from day one and this will not stop.

‘Maybe it’s a longer race than only a one season race to catch Man City because they will not stop improving.’

Both Tuchel and Klopp know the difficulties of competing with such a dominant team from their time with Borussia Dortmund, with Klopp taking them to the title in 2011 and 2012 only for Bayern to win the last nine campaigns. 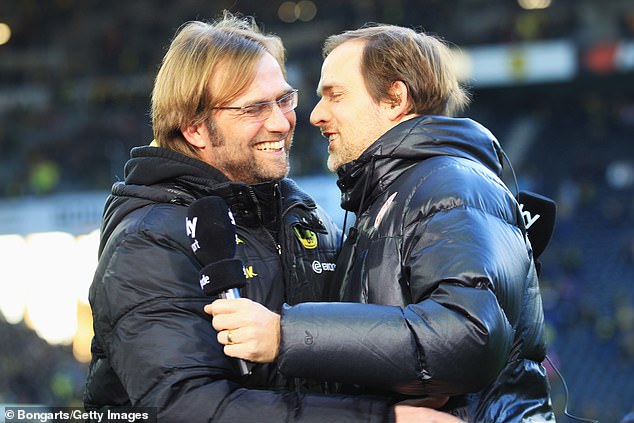 Tuchel believes the main reason for Chelsea falling so far — and so quickly — behind City is how badly his squad have been affected by injury and covid.

In the heat of conceding a late equaliser to Brighton, Tuchel declared it was ‘stupid’ to think that Chelsea could win the title due to their growing absentees dispute naming bench worth around £280million.

In fact, over the last two summer transfer windows, no Big Six side has spent as much as Chelsea with more than £325m.

Reece James is the latest to be sidelined after limping off early with a hamstring injury against Brighton, joining Ben Chilwell, Ruben Loftus-Cheek, Thiago Silva and Andreas Christensen on the injury list. Tuchel admitted he brought N’Golo Kante back early from his injury. 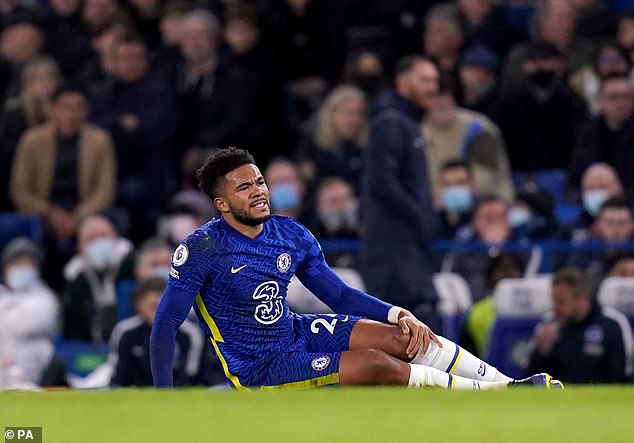 ‘The huge difference at this very moment is the situation with injuries and Covid,’ said Tuchel.

‘I am absolutely convinced that if we are in the same place without injuries and having key players not out for weeks and being hit by Covid so hard at the same time, I think we would have more points and could still be in the back of them.

‘It’s not like this. Everything maybe needs to fall into place for us so that we can produce the kind of consistent level that City, and normally Liverpool, can produce.

‘That’s why there’s no need to get negative, no need to lose faith. The opposite – we will stay hungry.

‘Jurgen did it with Dortmund. We came close and were stopped unfortunately in the middle of the process [Dortmund sacked Tuchel in 2017].

‘So I think both of us know how to catch favourites and we will not stop doing it. Or trying.’

City extended their winning streak on Saturday when they beat Arsenal, making it 11 straight Premier League victories for Pep Guardiola’s side. 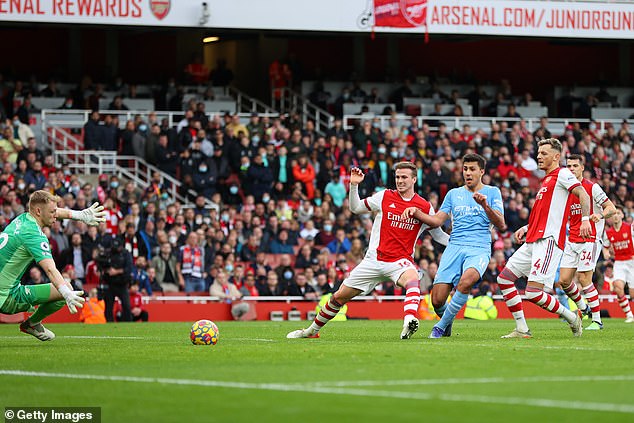 Guardiola hit back at claims his side had been fortunate with injuries as Phil Foden missed the game with Covid and said: ‘We had many cases from Covid this season and injuries.

‘Phil Foden, Kyle today and Rodri the first day since Covid time. This period we were incredibly tired, mentally and physically.’

Yet exclusive research by Premier Injuries revealed City had only suffered 16 player absences up to New Year’s Day, while Chelsea have had 27 and Liverpool 28.

‘It’s quality all over the club, not only in the squad but also management and how the club is run. It’s a machine, it is a winning machine. 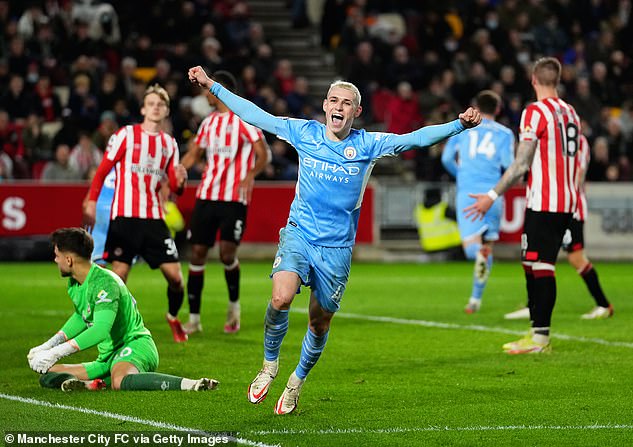 ‘We have to admit where we come from, from one year ago. Still when you look at 2021 you have to be careful that you are ambitious but you’re not over-ambitious and don’t get frustrated by not catching Man City in the first half of the year.

‘We have to dig in and have to go through this because this is part of the process of closing the gap.

‘Two or three weeks ago, we had a super close title race. Now we have lost the edge a little bit, I think because of circumstances that we cannot influence and that gave them a certain advantage and a certain leap.

‘They have five, six years now of consistency. That makes it hard. It does not make it impossible and we will never stop believing and stop pushing but we have to be realistic and in the moment we struggle.’