A crushing three-goal victory away to London rivals, a clean-sheet and top of the Premier League – that’s still not enough for Thomas Tuchel, who blasted Chelsea’s first-half against Tottenham.

The Blues failed to create a proper scoring chance in the first-half on Sunday, and were pegged back for long spells as Nuno Espirito Santo’s side came out swinging.

Enter N’Golo Kante, who Tuchel picked to replace Mason Mount at half-time before watching the Frenchman flip the match in Chelsea’s favour. He took control of the midfield and scored the Blues’ second on his return from injury. 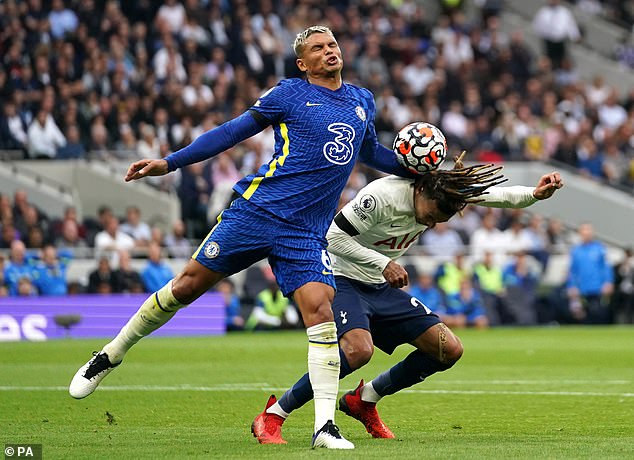 Defenders Thiago Silva and Antonio Rudiger netted either side of Kante’s deflected strike, but there should have been many more as Romelu Lukaku, Timo Werner and Marcos Alonso queued up to punish Spurs.

Despite topping the division on Sunday, the UEFA Men’s Coach of the Year’s ruthlessly high standards were on show post-match.

‘I was absolutely not happy with the first 45 minutes,’ the German said on Sky Sports.

‘In general we lacked intent, we lacked energy and needed to be more relentless in duels and to decide 50-50 balls for us. 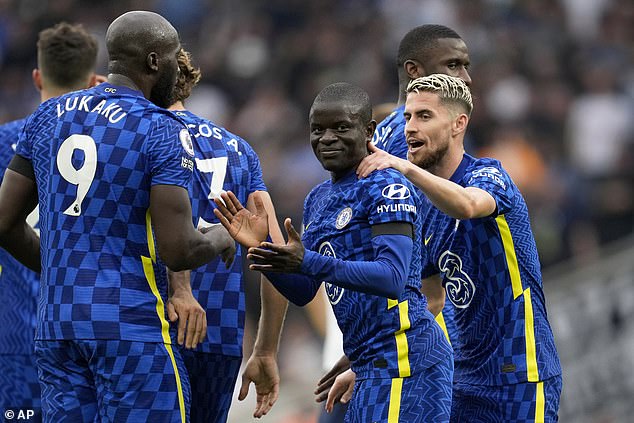 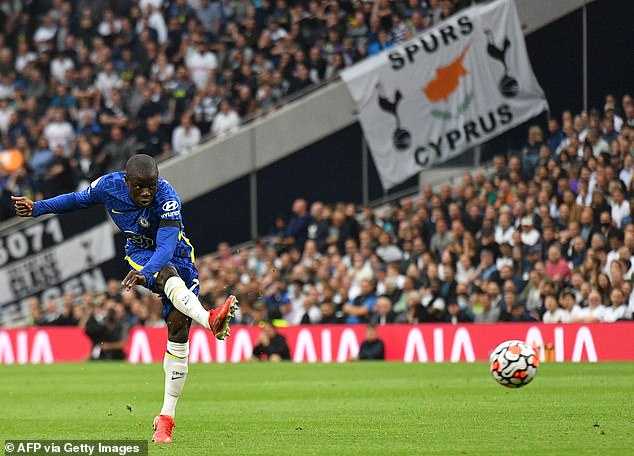 ‘I had the feeling we wanted to impress by pure skills, but a game like this in the Premier League, a derby at Tottenham, it is not only about skilful play.

‘It is also about aggression, about winning duels and performing better as a team. We lacked energy and spoke clearly about it at half-time.

Tuchel added: ‘It was a hard choice for Mason Mount and it was a bit more defensive from N’Golo Kante but I wanted to give energy.’

Alonso, Rudiger, Kante and Azpilicueta had terrific games but Thiago Silva was the man of the match on Sunday. 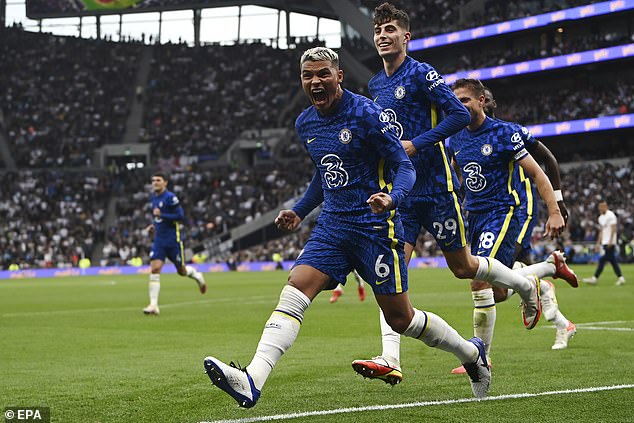 The 36-year-old was rock solid all night, terrorising Dele Alli in their battles. The Brazilian then  shrugged off the former England international with ease to power home Chelsea’s opener from Alonso’s corner.

He almost had another, ditching Alli again to meet another of Alonso’s 11 corners at the near post, but Lloris saved.

‘It was nice that Thiago Silva almost scored twice, he was so strong,’ Tuchel added. ‘I am very happy for him that he was able to open the game for us.

‘His performance even in the first half was outstanding. It was a fantastic performance and well deserved.’