‘It does the UK pub industry proud’: The Inspector calls at the ‘ravishing’ Brisley Bell in Norfolk where the bedrooms are peppered with antiques and guests ‘book months in advance’

Hardly a day goes by without stories of pubs shutting down for good.

Last week, Tim Martin, boss of Wetherspoons — of which there are around 900 in the UK — gave a bleak assessment and called on the Government to equalise VAT for pubs and supermarkets. Currently, the former pays 20 per cent VAT on food sales while the latter pays none at all.

But some pubs are thriving. The Brisley Bell, near Dereham in North Norfolk, was in a terrible state six years ago, before Marcus and Amelia, both from the area, bought it and embarked on a major transformation — and an admirably sympathetic one.

The Brisley Bell, near Dereham in North Norfolk, has a restaurant and six bedrooms in what used to be outhouses 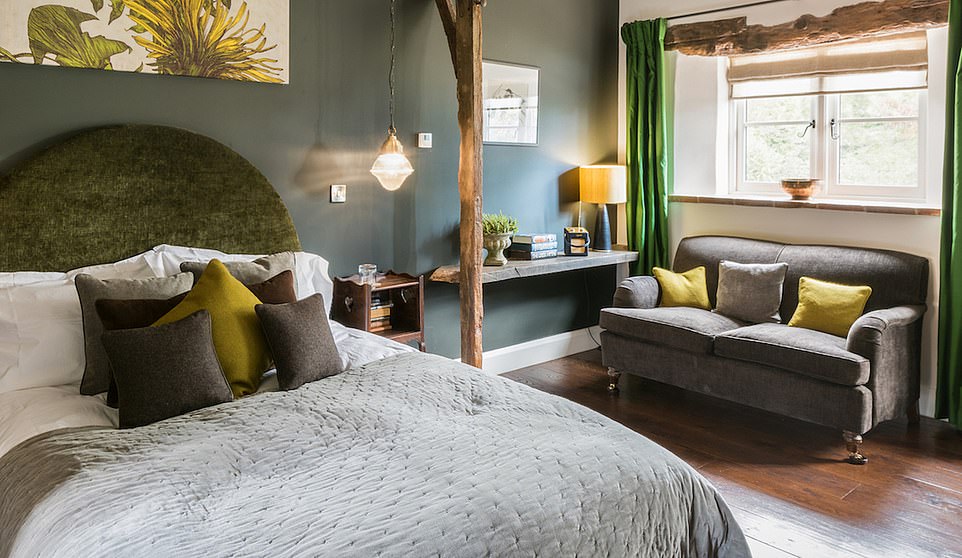 The inn was bought six years ago by Marcus and Amelia and they carried out an ‘admirably sympathetic’ overhaul. Pictured, the ‘Stewkey’ room

In fact, it’s almost impossible to see where the 17th-century original building ends and the various 21st-century additions begin.

‘People book many months in advance,’ says a member of staff. ‘But we also seem to be getting a lot of passing trade.’

That’s because it looks so ravishing, sitting across the road from the village green (or, rather, village brown in this ferocious heat) and cricket ground.

There are six rooms in what used to be outhouses, four of which share a lawned area, each with its own table and chairs. Our room has plenty of exposed wood, antiques (Amelia used to be an antiques dealer) and a heavy duty, professional-style coffee machine. 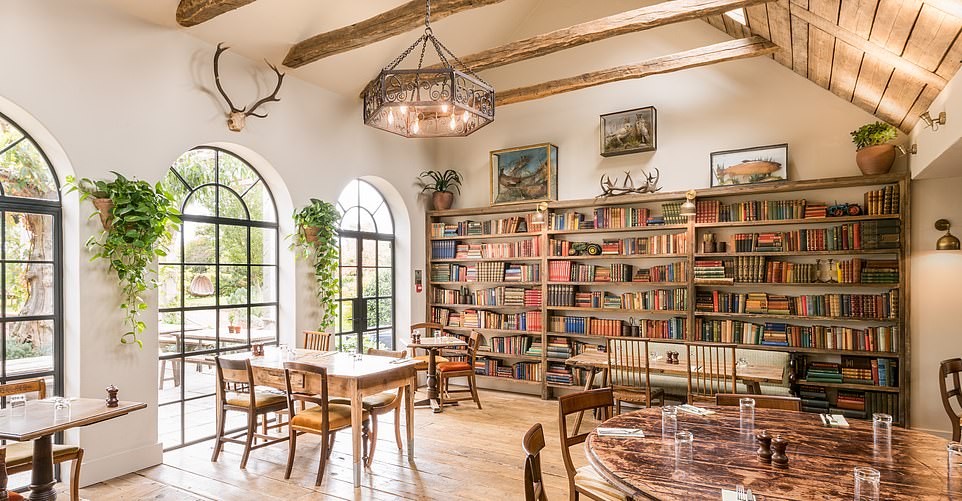 ‘It’s almost impossible to see where the 17th-century original building ends and the various 21st-century additions begin, the Inspector says of the pub. Pictured, the book-lined Garden Room, where the Inspector enjoys duck breast and sea bass ‘People book many months in advance,’ says a member of staff. ‘But we also seem to be getting a lot of passing trade’ 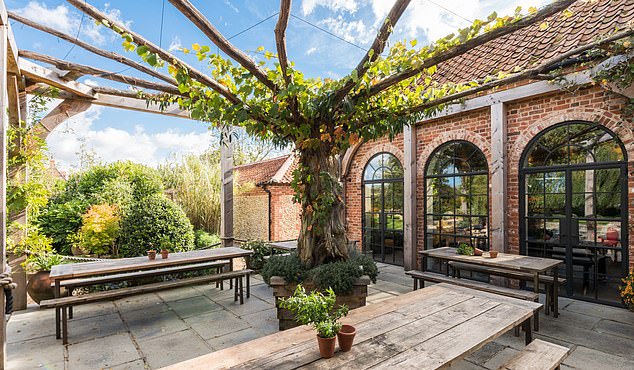 At this time of year, the Inspector says, the covered patio is a popular alfresco dining choice

We arrive in time for a walk around the garden, which is exquisite: a collection of herbaceous borders, banks of lavender, herbs, wild grasses, plum and pear trees and a pergola clad in climbing roses.

At this time of year, the covered patio is a popular alfresco dining choice, but we eat in the book-lined Garden Room behind the bar.

You could stay for five nights and dine in a different room each day. There’s masses of space. We share a smoked mackerel starter, which is far too dry. But we have no complaints about our main courses: duck breast and sea bass, which comes with Norfolk-grown samphire.

‘This might sound corny,’ says a burly American to whom we start chatting. ‘But it’s places like this that do the UK proud.’

Certainly, this place does the pub industry proud.