A British diver who played a part in the Thai cave rescue has told how he spent hours chatting on Zoom with Colin Farrell and is ‘impressed’ with his ‘diligence’ as the Hollywood actor prepares to play him in a movie.

British cave divers John Volanthen and Rick Stanton appeared on This Morning and told about how their successful rescue operation of 12 boys and their football coach who were trapped in darkness in the Tham Luang Cave complex in Thailand from 23 June 2018 for 18 days is set to be turned into a film directed by Ron Howard.

‘It is a dramatisation but they have been very close to the detail as much as they possibly can,’ explained John, speaking to presenters Ruth Langsford and Eamonn Holmes. ‘It’s hard to explain how in zero visibility water communication becomes very difficult – but that’s what they’ve concentrated on.

And when John revealed Colin Farrell will be playing him, Eamonn joked: ‘Did you insist on that?’

John responded: ‘I did request Mr Bean but I was told by Ron Howard in no certain terms was he making that sort of movie. I’ve spent a fair bit of time with Colin on Zoom and I’ve been quite impressed by his diligence.

Over his time filming, he’d been training to run. I do a lot of running. Ultimately, at the end of the filming he run the Brisbane marathon in a very respectable time.’

Veteran British cave diver John Volanthen (left) and Rick Stanton (right), who have both released books on their experiences, explained that their experiences are about to be made into a movie 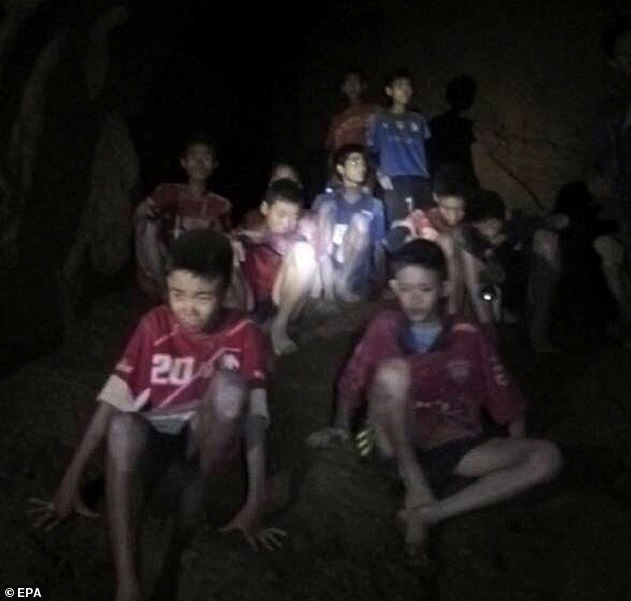 It was John’s voice that reverberated round the world in a widely broadcast video in June 2018: the two divers had been given a camera by the elite force the Thai Navy SEALs and asked to film whatever they encountered. Rick by then was counting. He got to 13. ‘Brilliant,’ said John

Rick added: ‘I’ve got Viggo Mortensen playing me. I was communicating with him for many months before filming started so he can get my mannerisms and the way I talk. Obviously he’s a very skilled actor and you see him assimilate the character until he becomes a better me than I am.’

‘I think we both felt we were best placed with our expertise and to give the boys the best possible chance of survival,’ explained John.

The British cave diving conditions had prepared us for what we were expecting to face and that may have seemed arrogant at the time, but our thoughts along those sorts of lines were proven right.’

Presenter Eamonn Holmes went on to say how the duo are tall men – adding that to be successful, he’d have thought they would have had to wriggle about and be half their size. 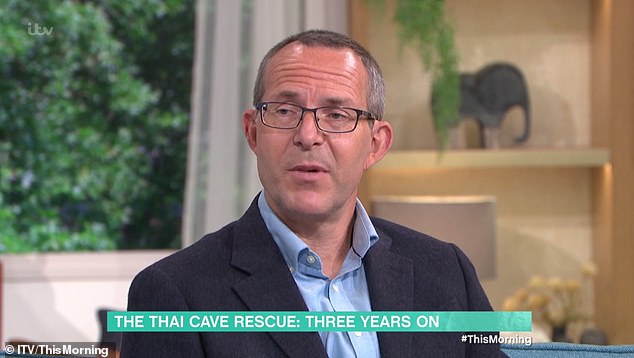 John (pictured), who will be played by Colin Farrell in the movie, revealed he is ‘impressed’ with his actor’s ‘diligence’

‘We’re tall but relatively thin – hopefully,’ joked Rick. ‘These weren’t particularly small caves – they were in places. It was really just being accustomed to maneuvering yourself around a cave that put us in good stead and also being used to fast-flowing water and zero visibility.

The pair, who had worked together for years, revealed what they were faced with when they arrived on sight.

‘Certainly when we arrived on sight what we found was chaotic,’ explained Nick. ‘The weather was really against us and more importantly, against the boys. In the earlier days of the rescue, we certainly didn’t think there was much chance of finding anyone alive – let alone getting them out safely.’

Presenter Ruth went on to ask the divers what they saw first that gave them hope the young boys were alive.

‘The further we got in having not seen any sign of them, it was more likely we would come across something,’ said Rick. ‘We were expecting the worse. But we were floating in the water, you could suddenly smell them, see the light and heard voices.’ 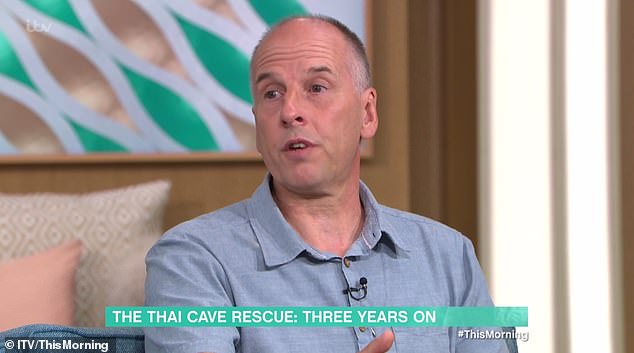 Rick (pictured) explained that even when they heard voices, they still didn’t know what they were going to encounter – whether some were dead, some were alive

‘We still didn’t know what we were going to encounter – whether some were dead, some were alive. It could’ve been a horrific situation. So when that iconic video was taken by John, and they all just walked down the slope and sat down in front of us, that was an incredible moment.

John added: ‘At the time when we were there I made the promise that Rick thought was bold, that I said I would come back. It’s a slightly unusual situation that’s unique in caving really.

You can have 12 or 13 happy and smiling children to all intent and purposes are safe, yet separated from the outside world and have to go through this incredibly dangerous journey to come out.’

Ruth went on to ask the divers how they went about getting the young children out of there without them panicking. 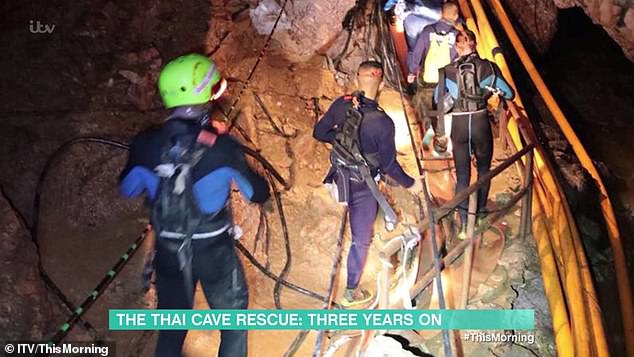 ‘I think that refers to any person – any adult – it was a two-and-a -half hour exit,’ said Rick. you can’t see anything You’re being bumped and scraped, pushing and pulled into holes, scraped along the ground. I think anyone would’ve had a hard time to hold their composure.

‘It was just one on one. There were four UK divers transporting the boys. You had the responsibility of that boy’s life.’

Ruth went on to ask the pair how it felt for them both to hand over a child to their parents at the end of the rescue operation.

‘The responsibility under water was immense,’ said John. ‘Whenever you’re cradling a child under water, occasionally the bubbles from his diving regulator would rise passed your face and you knew he was alive.

For me, to have finished the rescue and have handed them over safely, I was just relieved we didn’t have to meet the parents and say, “I’m sorry for your loss.”‘

Rick added: ‘Of course, there was no precedent for this. No one had ever been sedated under water before under any circumstances.  We didn’t promise 100% success. We hadn’t envisaged that. There was no time for complacency, so until the last child was out, only then could we relax.’