Daisy May Cooper has reportedly split from her husband Will Weston.

The This Country star, 34, is said to have grown ‘tired’ of her marriage to her partner,  amid the pressures of the coronavirus lockdown.

A source told The Sun: ‘Daisy said she had grown increasingly tired of married life and was struggling in her relationship with Will.

Breakup: Daisy May Cooper has reportedly split from her husband Will Weston (pictured together in October 2018)

‘They ended things for good earlier this year. She has taken off her wedding ring and has been telling her friends their marriage is over.

‘She has also removed Will as a director on her media business. It’s been a tough 17 months for everyone and Daisy and Will were no exception.’

The source added that the couple, who married in September 2019, are both devoted parents to their children, daughter Pip, two, and son Jack, nine months.

A representative for Daisy May Cooper declined to comment when contacted by MailOnline. 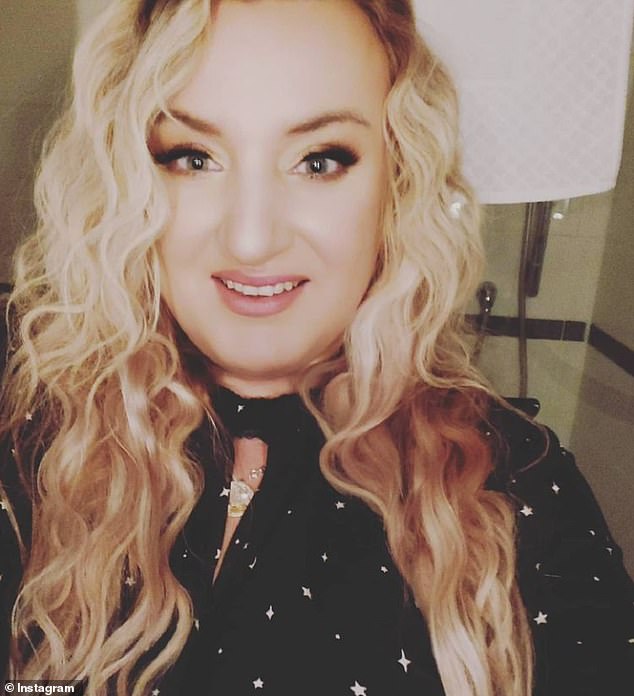 Relationship: The This Country star, 34, is said to have grown ‘tired’ of her marriage to her partner, amid the pressures of the coronavirus lockdown 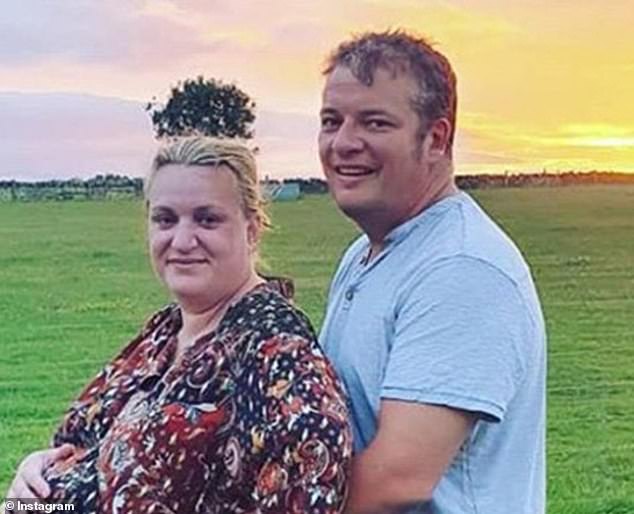 Committed: A source said the couple, who married in September 2019, are both devoted parents to their children, daughter Pip, two, and son Jack, nine months (stock social media image)

In a previous social media post, Daisy told how she couldn’t be happier with Will.

She wrote: ‘I am lucky to have found my soulmate.’

It comes as it was announced that the actress was set become a team captain opposite Noel Fielding for the new series of Never Mind The Buzzcocks.

Taskmaster’s Greg Davies will take the helm of eight new episodes of the show which will air on SKY and NOW in late 2021, and will also front a Christmas special.

Noel, 48, will return as a team captain, opposite This Country star Daisy while Jamali Maddix, 30, will be a regular guest.

Daisy revealed she had got married when she paid tribute to her co-star and childhood friend Michael Sleggs.

Michael died in July 2019 of heart failure at the age of just 33, and had played Michael ‘Slugs’ Slugette on This Country. 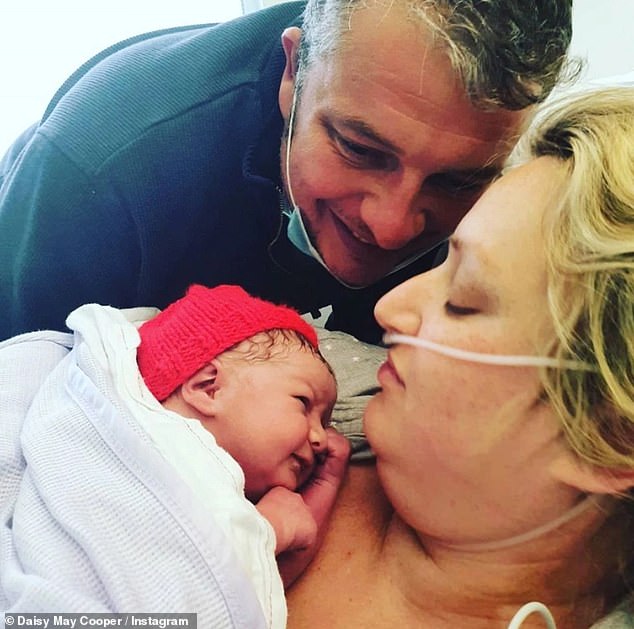 Family: The source added that the couple, who married in September 2019, are both devoted parents to their children, daughter Pip, two, and son Jack, nine months (pictured with Jack)

Daisy penned at the time: ‘It’s me wedding tomorrow and this one was going to be one of my bridesmaids in a white suit.

‘I miss you so much and I will miss you so bloody much tomorrow. Thank the lord for slugs x.’

Daisy announced the birth of her son Jack on Instagram last September and gushed that he was ‘absolutely perfect’.

The couple were congratulated by famous friends including Fearne Cotton, Katie Piper and Line of Duty actress Vicky McClure.

The award-winning actress announced her second pregnancy on Instagram by sharing a picture of her ultrasound scan.

Daisy captioned her post at the time: ‘Thrilled to say me and @willwestonlandscape are expecting another babber.’ 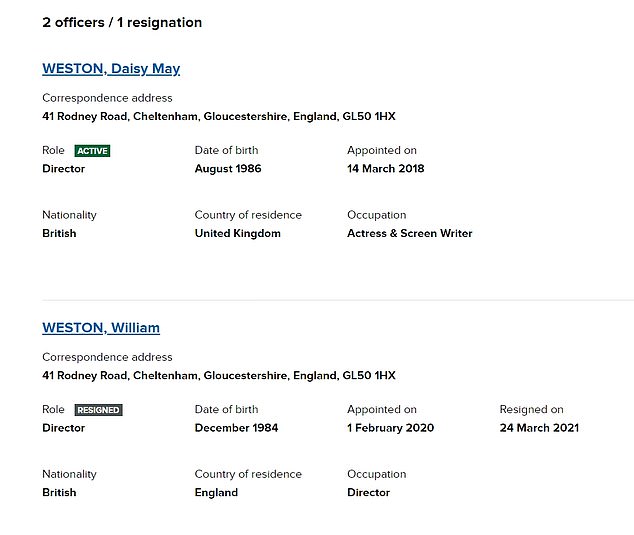 Ousted: Daisy removed Will as a director on her media business, with an insider saying ‘It’s been a tough 17 months for everyone and Daisy and Will were no exception’

The Cirencester-born star rose to prominence when she created the comedy series This Country alongside her brother Charlie.

The show follows the daily exploits of best friends Kerry and Kurtan in rural England.

Daisy and her brother Charlie earned more than £250,000 last year, despite complaining they were ‘f*****g skint’. 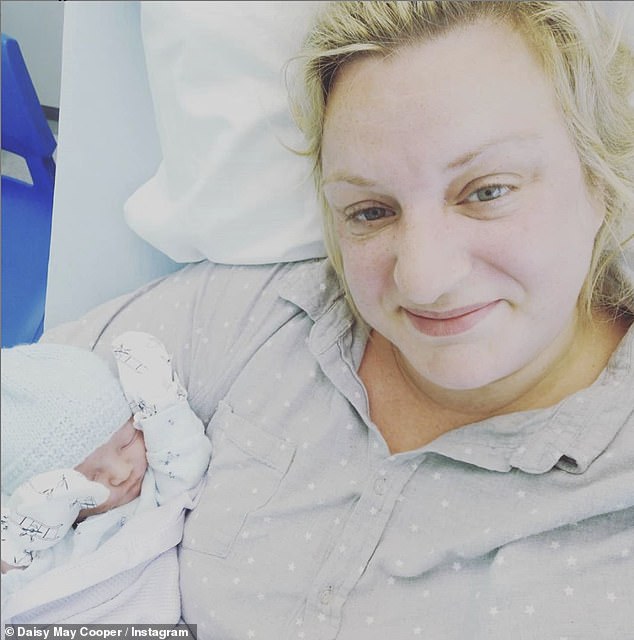 Doting mum: Daisy announced the birth of her son Jack on Instagram last September and gushed that he was ‘absolutely perfect’

According to new accounts the two actors boasted huge sums in the banks of their self-titled companies, after rising to fame as the siblings Kerry and Kurtan Mucklowe in the award winning ‘mockumentary.’

This comes despite Daisy moaning last year that she had just £150 in the bank, insisting she doesn’t meet the assumption that all TV stars are ‘rolling in it.’

Accounts show that Charlie’s self-titled company Charlie Cooper Limited had an eye-watering £201,638 in the bank, and has been left with £162,771 after paying off credits, a significant increase from £67,517 last year. 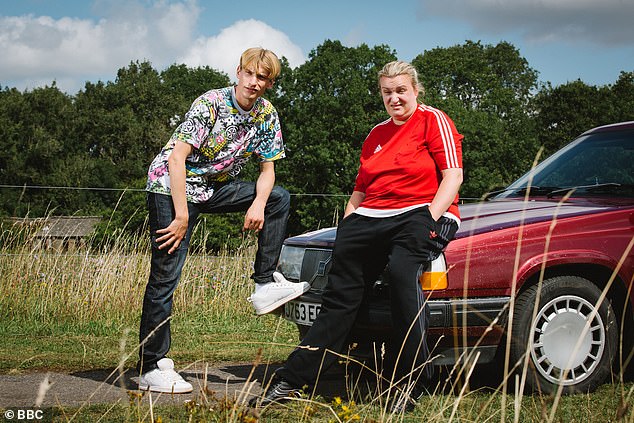 Iconic: The star co-created the acclaimed comedy This County alongside her brother Charlie. They play pals Kerry and Kurtan living in rural England

The pair have since sold the rights to the programme to the US, with the first trailer for the American remake, titled Welcome To Flatch, released earlier this week.

At the time the pair complained they were ‘skint’ after blowing their earnings on ‘c**p candles and ASOS deliveries.’

Charlie added: ‘People see you on TV and they assume you are absolutely rolling in it. The thing is we’ve missed the boat on DVDs. If this was 15 years ago we would be f****** rolling in it.’

Daisy also previously admitted she was making £100 a month as a cleaner and couldn’t afford to buy a McDonald’s before her breakthrough role in This Country.

Speaking on Lorraine she said: ‘It was such a bleak time. I’d just come out of drama school, didn’t get anything, had to move back in with my parents and do a night-time cleaning job.

‘I think I was paid about £100 a month and as we were going round cleaning, we came up with these characters and said, “We have to write something”. Because humour was the only thing getting us through such a depressing time.’

She went on: ‘A lot it of it based on experiences we had. At the end of the first series, they’re talking about how they couldn’t afford a McDonald’s and had to watch their friends eating one, and that was our life.

‘We had nothing and even to try and get up to auditions, £9 to get up on a National Express was such a big chunk of our weekly budget.’ 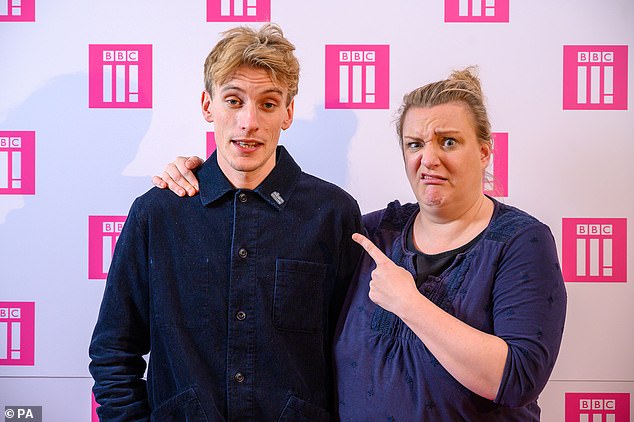 No money! Daisy and her brother Charlie earned more than £250,000 last year, despite complaining they were ‘f*****g skint’