At least 13 universities are at risk of closure amid a financial black hole in the sector of up to £19billion due to the pandemic, research suggests.

They may need Government bailouts, debt restructuring or mergers to survive. And up to 20 universities could go to the wall if there is a significant second spike of the virus and the country goes back into prolonged lockdown.

The Institute for Fiscal Studies (IFS) has warned that ‘generally less prestigious institutions’ are at ‘greatest risk of insolvency’. This is because they ‘entered the crisis in a weak financial position and with little in the way of net assets’.

These institutions ‘may not be viable in the long run’ if they are left without financial support, it adds.

At least 13 universities are at risk of closure and may need Government bailouts amid a financial black hole of up to £19billion due to the coronavirus pandemic, research suggests (file photo)

The IFS has estimated that long-run losses across the UK higher education sector could come in anywhere between £3 billion and £19 billion – or between 7.5% and nearly half of the sector’s overall income in one year. Even the most likely situation would see losses of £11billion.

Around 130,000 students attend the 13 institutions most at risk.

The IFS report, funded by the Nuffield Foundation, says: ‘While there is no precedent for the liquidation of a publicly funded university in the UK, it is explicit Government policy that universities can fail.’

They are also set to lose income from student accommodation and conference and catering operations, as well as take a hit on long-term investments and increases in the deficits of university-sponsored pension schemes.

The report says: ‘The institutions at the greatest risk tend to have smaller predicted losses, but have already entered the crisis in poor financial shape.’

The future survival of the universities depends on the balance sheet position before the crisis, rather than on predicted losses from coronavirus. 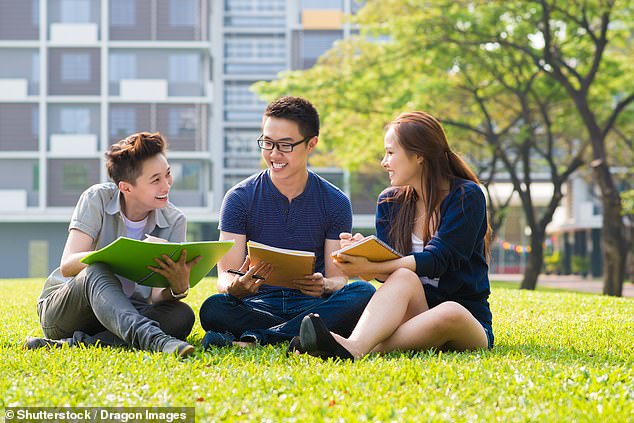 The Institute for Fiscal Studies (IFS) warned that ‘generally less prestigious institutions’ are at ‘greatest risk’ as they ‘entered the crisis in a weak financial position’. Around 130,000 students attend the 13 institutions most at risk (file photo)

It adds that the Government response ‘will be critical in determining the future of these institutions’.

‘Insolvency of a university could cause significant disruption to students’ education, potentially leaving them unable to complete their degrees,’ the paper warns.

The IFS research concludes: ‘For around a dozen universities, insolvency is likely to become a very real prospect without a Government bailout.’

Elaine Drayton, an IFS research economist, said ‘by far the cheapest option’ is a more targeted bailout of £140million to the 13 most vulnerable universities.

She added: ‘However, rescuing failing institutions may weaken incentives for others to manage their finances prudently in the future.’

The researchers also warned that a more widespread bailout package could cost billions of pounds without providing much support to the struggling institutions most at risk of going under.

Ben Waltmann, a research economist at IFS, said: ‘With around £45 billion in reserves and an annual surplus of around £2 billion before the crisis, the university sector as a whole should be able to cope with substantial Covid-related losses.

‘However, some universities were already in a weak financial position before the crisis hit. For around a dozen of these institutions, insolvency is likely to become a very real prospect without a Government bailout.’ 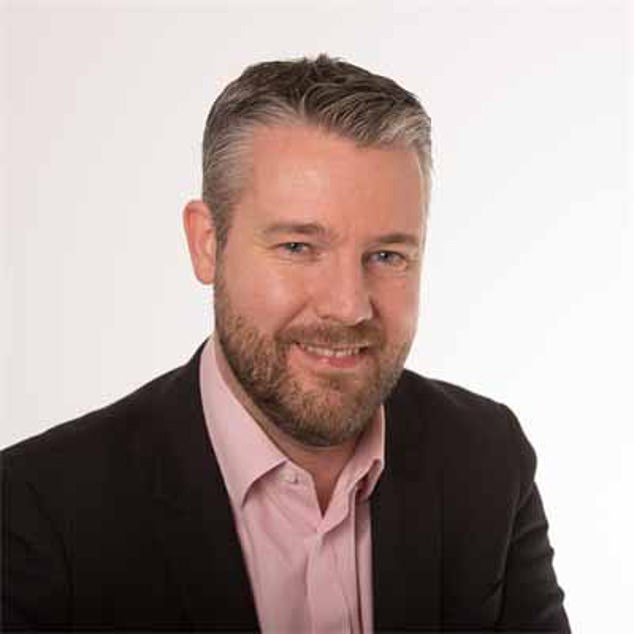 Alistair Jarvis (above), chief executive of Universities UK (UUK), has previously  called on the Government to prioritise introducing a transformation fund for universities that require support to achieve longer-term sustainability

The briefing explores a series of options that the Government could take – including letting institutions become insolvent to ‘set a precedent’ and show that it will not reward universities with the least resilient finances.

A National Union of Students (NUS) spokesperson said: ‘The coronavirus crisis has exposed many of the flaws inherent in running our education like a market. When funding is so unstable, it’s no wonder that our universities and the jobs of thousands of academic and support staff are now at risk.

‘We are of course especially concerned about the risk to students that this instability poses. You can’t assess the risk to universities without thinking of the risks to students – both to their education and their wellbeing.’

Universities UK, the umbrella group for vice chancellors, has previously called for a multi-billion pound Government bailout for the sector.

Alistair Jarvis, chief executive of Universities UK (UUK), said: ‘Any student or their parents should be reassured that the failure of a university is rare, but course closures and occasionally campus closures are something many universities will have experience in managing and all registered universities have student protection plans in place for this scenario.’

He previously called on the Government to prioritise introducing a transformation fund for universities that require support to achieve longer-term sustainability and financial support to help students who wish to study shorter higher education courses. 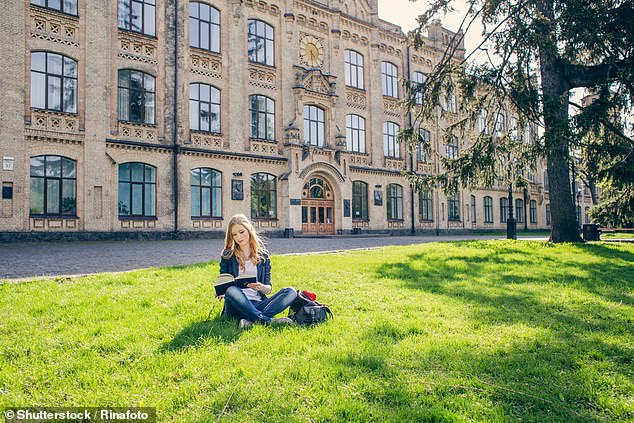 Jo Grady, general secretary of the University and College Union (UCU), said: ‘We need a comprehensive support package that protects jobs, preserves our academic capacity and guarantees all universities’ survival.’

A Department for Education spokesman said: ‘We understand this is a very challenging time for universities and higher education staff, which is why we have introduced a package of measures to stabilise the sector, help universities manage their finances to avoid cash flow problems and safeguard students.

‘We have confirmed universities’ eligibility to apply for Government-backed packages worth at least £700 million according to Office for Students estimates, along with bringing forward £2.6 billion worth of tuition fee payments.

‘To stabilise the university research base, Government is also investing £280 million into grant extensions for research impacted by coronavirus and covering up to 80% of a university’s income losses from international students for the academic year 20/21 for research-active universities.

‘We will continue to work closely with the sector to understand the financial difficulties they are experiencing at this time.’