By Sophie Borland, Health Editor For The Daily Mail

A third of patients have avoided or delayed making a GP appointment in the last six months when they would previously have sought help, a Daily Mail poll reveals today.

Nearly four in ten said they would put off trying to get a consultation even now because of coronavirus.

The findings also show nearly two-thirds of those who needed a GP slot since April 1 were unable to get one face-to-face. Instead they were offered a phone or video call.

Nearly six out of ten said they were ‘worried’ about accessing surgeries this winter should they or family members fall sick.

The results – based on a survey of 1,004 adults last week – lay bare the fear among the British public. Many have avoided trying to make GP appointments as they do not want to catch the virus or be a burden on the NHS even if they have signs of a potentially serious illness.

The Patients Association warned that the doctor-patient relationship has suffered a ‘profound rupture’ during the pandemic and Cancer Research UK said it was ‘concerned’ by the poll’s stark figures.

Another 70 per cent of respondents said their surgery was only offering a ‘very limited’ number of face-to-face appointments even though NHS officials recently urged GPs to provide them wherever needed.

A total of 48 per cent were offered a telephone call at least once in the last six months while just 8 per cent were asked if they wanted a video consultation. 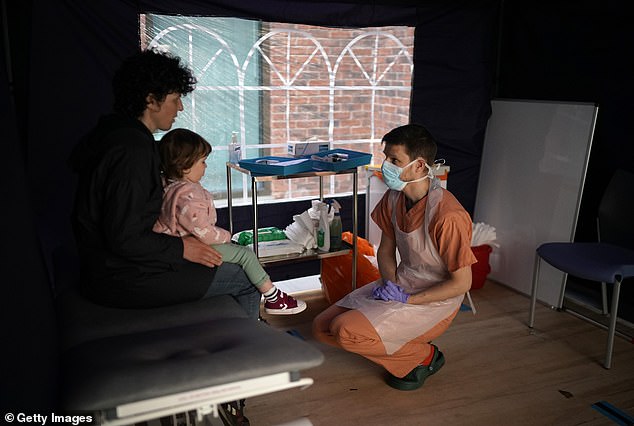 Video calls at least enable GPs to carry out some form of visual assessment however these results cast doubt on the aspiration of ministers that the pandemic would usher in ‘Zoom medicine’.

But 65 per cent of respondents said they were concerned phone or video consultations would miss serious conditions such as cancer.

Rachel Power, chief executive of the Patients Association, said: ‘The relationship between GPs and patients has clearly suffered a profound rupture. It’s still easy to find patients who are struggling to see their GP in person.

‘But it’s also clear some are deliberately staying away, either for fear of getting coronavirus or in the spirit of the ‘protect the NHS’ message from earlier in the year.’

Sarah Woolnough, executive director of policy and information at Cancer Research UK, added: ‘It’s concerning many people have put off going to their GP or have had difficulty trying to get an appointment. 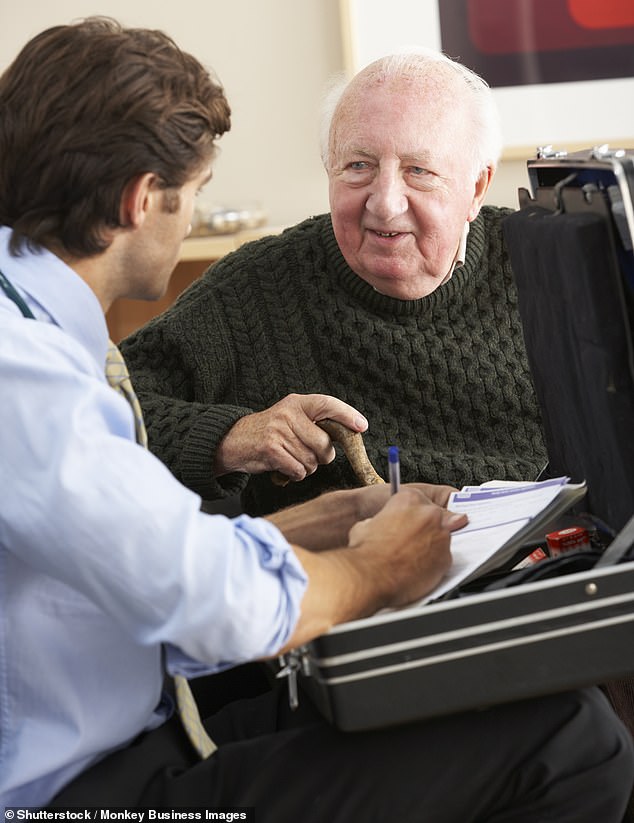 ‘We urge anyone who has noticed a change in their health or has a symptom they’re worried about to make contact with their GP and attend any tests their doctor thinks are needed.’

Sally Warren, director of policy at the King’s Fund think-tank, said: ‘The pandemic is undoubtedly making it harder for some patients to get the care they need.’

Professor Martin Marshall, chairman of the Royal College of GPs, said it ‘has consistently urged patients not to put off seeking GP advice for serious concerns’.

Figures highlighted by the Mail at the weekend projected that up to 75,000 lives could be lost in a second lockdown through missed cancer diagnoses, cancelled operations and patients avoiding A&E.

However the NHS has repeatedly tried to reassure the public that services are ‘open and safe’.

Just 319 patients had surgery, chemotherapy, radiotherapy or another procedure in July, compared to 1,890 in July last year.

NHS England data analysed by Labour shows the number of patients having treatment after screening has plummeted since the lockdown, amid concerns fewer are being offered checks.Before the pandemic, between 1,700 and 2,300 patients started treatment following screening.

That had dropped to 319 in July, the lowest since records began.