That is not easy because the ranks of troubles over the past months have acquired new recruits.

There are now clear signs the global downturn has begun, economic disruption in China is increasing, and while inflation may at last be turning down, the impact of higher interest rates has yet to spread through the developed world economies – including our own.

Tough year: There are now clear signs the global downturn has begun

For investors the challenge at this point of the economic cycle is always to judge how much of these troubles are ‘in the market’.

That is to say, to what extent the plunge in asset values last year means prices now can take quite a lot of bad news without going into a further downward lurch. For 2022 was utterly miserable.

True, the FTSE 100 index has ended just about square on the year and there has been a 4 per cent dividend yield.

But inflation has been in double digits, and the pound has slithered, so investors are still down. Most other investments have been worse.

UK mid-caps have been dismal, with the FTSE 250 index down more than 20 per cent. American high-tech shares have been a catastrophe, with Amazon halved in value, Tesla down 70 per cent and even Apple down nearly 30 per cent.

It started the year as the first company in the world to be worth $3trillion; now it is worth a bit over $2trillion. Bonds have plunged in value everywhere as interest rates have jacked up.

And even that most resilient of all types of asset, residential property, is now starting to take the hit, though homes in solid developed countries will remain good investments in the longer term.

So a huge amount of wealth has been destroyed. I take little comfort from having suggested a year ago that the safest investment would be gold.

In dollar terms it is almost exactly where it was at the end of 2021, and thanks to the weak pound, in sterling terms it is up 11 per cent.

But that is really a measure of what a dreadful year it was for investors, not a triumphant return. And now? This will, I suggest, be a year of two halves. A lot of the bad news has probably been priced into the markets, but the uncertainties are so huge that it is hard to see confidence returning soon.

We don’t know the shape of the recession. While we are almost certainly past the peak of inflation, we don’t know whether inflation will settle at 3 per cent, 4 per cent or even a bit higher. 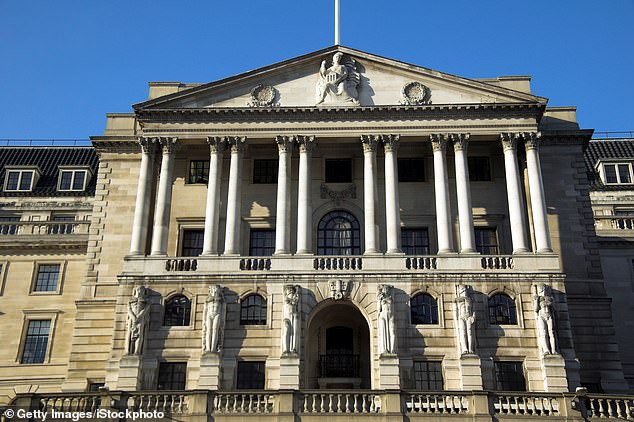 High inflation: The central banks have not done enough to get inflation down to 2%

The central banks have not done enough to get inflation down to 2 per cent, so we don’t know how long we will have elevated interest rates and crucially, the effect of that on any business, or I fear any individual who is overborrowed.

As for geopolitics, reason says there will be a ceasefire in Ukraine, and that China’s difficult relationship with the West will be managed calmly. But I think most of us have that nagging feeling that we may be missing something: that some event will happen that makes us think, gosh, we should have spotted that one coming. If this is right, the coming months will be troubling for everyone.

Here in the UK they will be particularly troubling because we are out of fashion as a place to invest and will remain so for a while yet.

I hate the sneering tone about the UK economy from so many fashionable commentators, including too many in Britain, and I think it is unjustified.

But we have to live with the world as it is, not as we might wish it to be.

However, we also know that market moods invariably flip. By the end of 2023, expect that to have happened.

Timing is impossible to call, so it won’t be six months of uncertainty followed by six of returning confidence. In any case confidence only builds slowly and unevenly.

But markets anticipate the economy by six to nine months, so by the end of the year the global investment community will be sniffing the end of recession, the start of the next upswing – and where there are undervalued assets.

The obvious place for those is right here: UK big-cap enterprises in solid areas of business and with a decently covered dividend yield, the pound, some commercial property, eventually residential property.

Let’s be honest, there is plenty of fear about now.