By Ciara Farmer For Mailonline

England fans were left bereft on Sunday evening when the Three Lions were defeated in the Euros 2020 final.

Yet celebrity supporters of the team seemed determined to put on a brave face as they departed Wembley Stadium after watching Marcus Rashford, Jadon Sancho and Bukayo Saka miss penalties like manager Gareth Southgate famously did at the old Wembley stadium in Euro 96.

Leading the way was fashion royalty Kate Moss, who was joined by her daughter Lila and boyfriend Nikolai von Bismarck, while they were followed by actual royalty in the form of the Prince William, the Duchess of Cambridge and Prince George among other famous faces including Stormzy and Guy Richie.

The Three Lions, who had united the nation with their run to the final, saw their Euro 2020 dreams shattered.

The match finished 1-1 after extra time but three missed spot-kicks handed the trophy to the Azzurri and saw England miss out on their first major tournament victory since 1966.

Three Lions fans and players alike were reduced to tears. The stars managed to keep their chins high as they left the event amid mass heartbreak across the country over the result.

Kate kept a stoic face as she left the event in her chic ensemble comprising a loose-fitting grey tee and wide-leg trousers. Inside the event, she posed with David Beckham and Boris Johnson.

Chin up: Leading the way was fashion royalty Kate, who was joined by her daughter Lila and boyfriend Nikolai von Bismarck 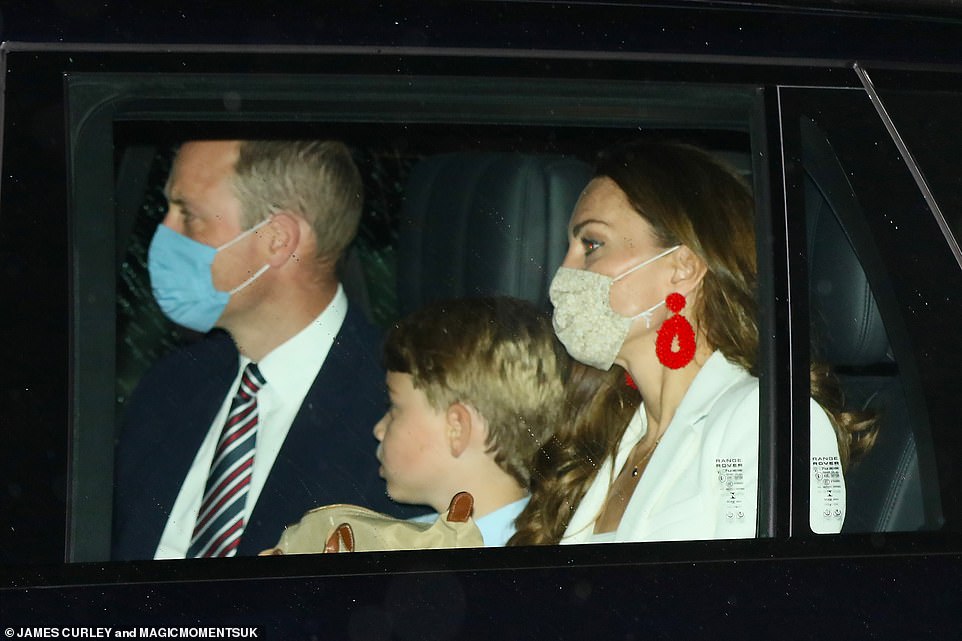 Brave face: Actual royalty followed on in the form of the Prince William, the Duchess of Cambridge and Prince George among other famous faces including Stormzy and Guy Richie

What loss? Amanda Holden rolled her eyes as she left the building while Mo Farah covered up with a face mask

The morning after the match, trains were empty and roads deserted after bereft supporters nursing sore heads stayed at home after England’s Euro 2020 heartbreak with disappointed fans declaring: ‘The whole country is hungover’.

Millions of exhausted school children who stayed up late for extra time and penalties will also be allowed to stay at home until between 10am and 10.30am this morning so they can catch up on some rest.

And football mad bosses have given their staff the morning off or even the entire day at home to recover from the excesses and disappointment of last night after a match that also left many of England’s players in tears.

Grief-stricken England fans are still demanding an extra bank holiday from Boris Johnson, as a day of mourning, with the Prime Minister set to make a decision about an extra day off in August this week. 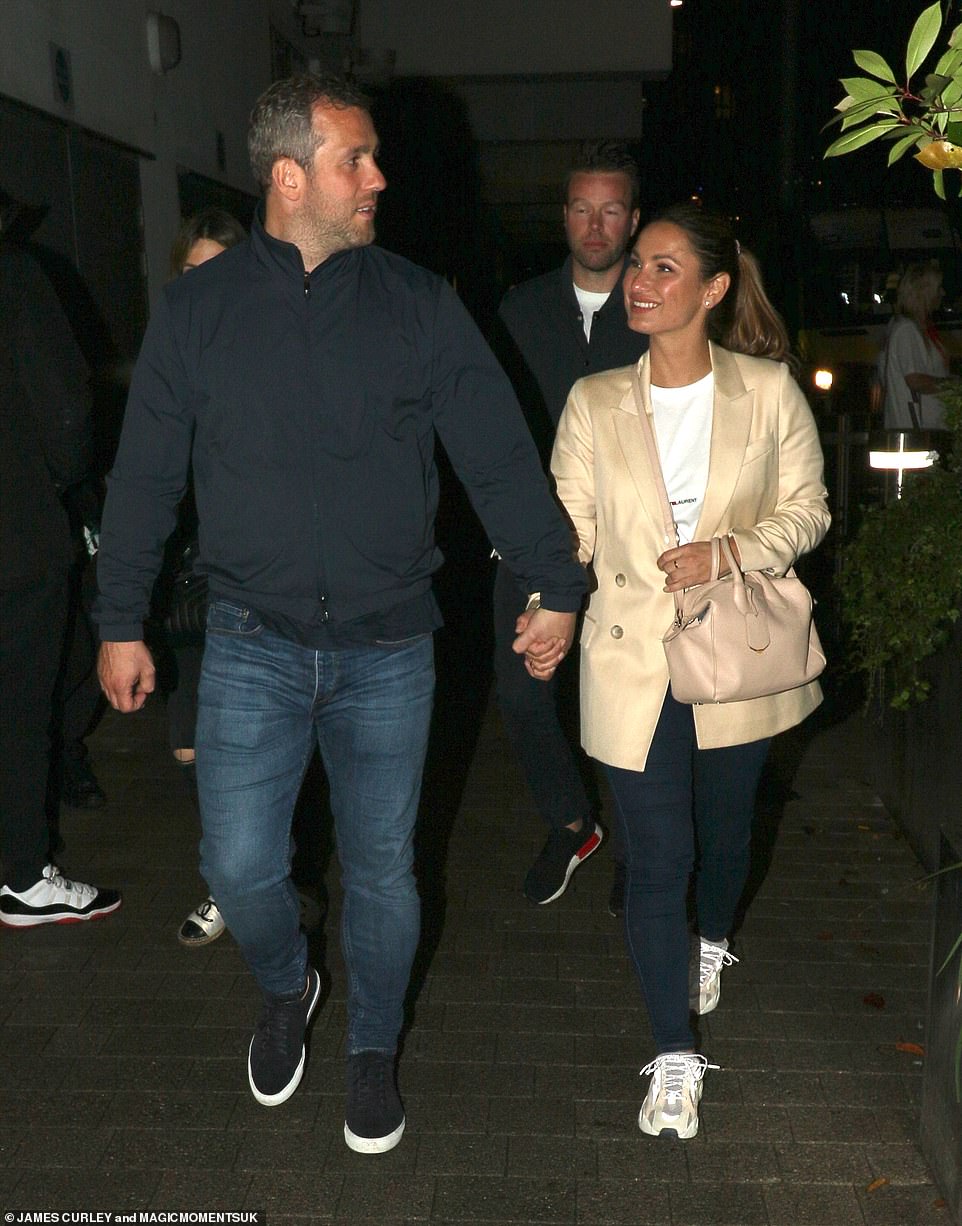 On the up: Sam Faiers left hand in hand with her partner Paul Knightley

On the up: Chris Hughes kept a smile on his face while sporting a patriotic bucket hat while Martin Freeman was sporting a flat cap and holding a gift bag