EXPRESS INFORMER > Science & Technology > These bizarre objects are all health gadgets – but can you work out what they’re meant to treat?

Genie’s lamp that makes a splash

This genie’s lamp-like device is a neti pot, used to flush out the sinuses and ease congestion. You fill it with sterile, salt water and, with a tilted head, you pour the water into one nostril — by tilting your head sideways, the water drains out the other nostril, bringing mucus that may have clogged the sinuses with it.

‘Neti pots can be helpful after a cold, during hay fever or to help sinus issues where a build-up of mucus in the nose can cause discomfort,’ says Professor Paul Chatrath, a consultant ear, nose and throat surgeon at Spire Hartswood Hospital in Essex.

‘It flushes out congestion but also cleans the tiny hair cells in the nose, helping them start working effectively again.’

And it might reduce hospitalisation from Covid. A study published in August by the University of Georgia, U.S., looked at twice-daily nasal irrigation in 79 people with Covid and found it led to eight times fewer hospitalisations than the national average.

‘Nasal irrigation is effective, but you must use distilled or cooled boiled water to reduce the risk of contamination,’ says Professor Chatrath.

It might look like a bicycle helmet, but Theradome is said to treat certain types of hair loss.

The helmet emits red light into the scalp that stimulates hair follicles, increasing the rate of hair growth in cases of hormone-related thinning. Use the helmet for 20 minutes twice a week.

‘However, more studies are needed to support efficacy.’

She adds: ‘It only works on some types of hair loss — specifically male and female pattern baldness, and it’s important that a diagnosis is made by a specialist before trying LLLT.

‘These devices should not be used by patients with skin cancers of the scalp or those who take certain antibiotics and diuretic medications.’ 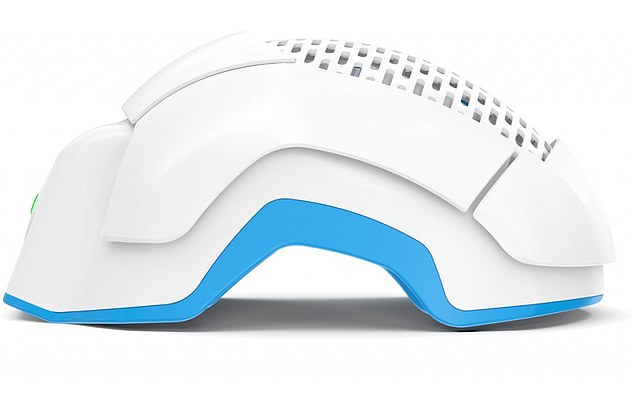 It looks like a drill tip made from flexible silicone but, in fact, Tvidler is meant to be used for cleaning wax from your ears.

The manufacturer claims it’s safer than using a cotton bud because it doesn’t push the wax further into the ear. Gently insert it into the ear canal using a clockwise motion.

‘I would not use it,’ says Professor Chatrath. ‘The conical design is based on a drill which pushes debris out — and that might work on soft wax. But I’d worry that if the wax was impacted some might be pushed the wrong way, which could make it worse. Ear wax is there for a reason — it protects and cleans the ear so, unless there’s a build-up affecting your hearing or causing you pain, it’s best left alone.

‘That said, you should also never use a cotton bud. If ear wax does bother you, speak to your GP. They will try wax-softening drops or refer you for microsuction.’ 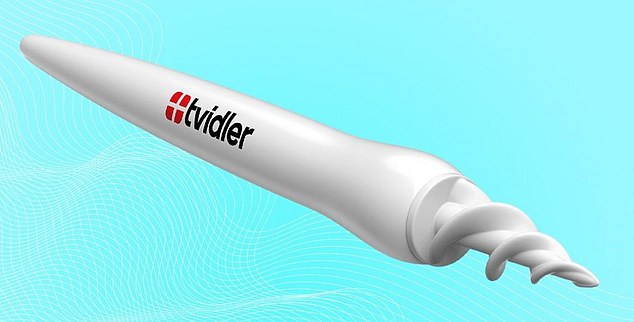 Described as an ‘immersive pillow’, this padded hood is designed to help you sleep or nap when you’re on the go. The design blocks out light and noise (there’s a hole for your mouth and nose), while the padding makes it comfortable to rest your head on surfaces such as a desk or the tray table on a plane.

Sleep specialist Dr Neil Stanley says: ‘Humans are not designed to sleep upright — we’re supposed to take the pressure off our bodies when we sleep and, that combined with the fact that during dream sleep you lose muscle tone that makes your head loll, makes it difficult to get a good sleep on a plane — but this could help with that. I’d definitely try it if I was flying long-haul a lot.’ 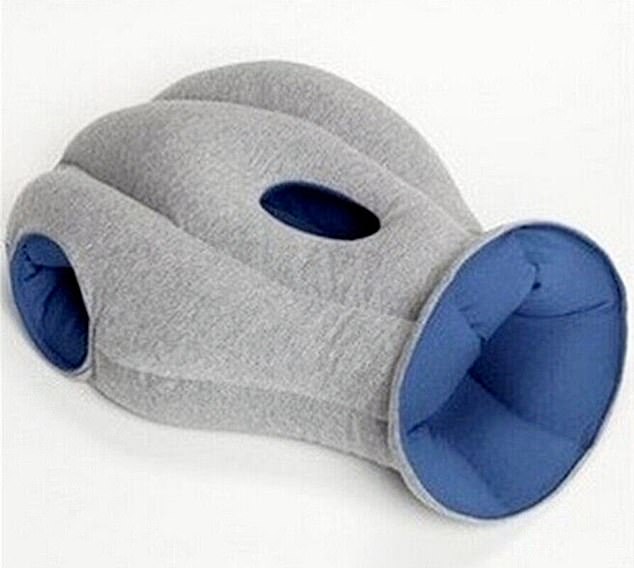 These tiny weights (10-30g each) are worn on the fingers to strengthen them or as part of rehabilitation in conditions such as stroke or arthritis.

Dr Rod Hughes, a consultant rheumatologist at Ashford and St Peter’s NHS Trust in Surrey, says: ‘If you have arthritis in the fingers, exercises to keep them flexible and the muscles around them strong is advisable. This can simply be grip-strength exercises using rubber balls.

‘This improves grip strength and adding weight may lead to greater improvements. The downside is these look fiddly, so may not be suitable if you have impaired hand and finger shape or function. Often, osteoarthritis results in extra new bone being formed with lumps around the finger joints. It’s unlikely to cause permanent harm but pressure on an already inflamed joint could make it uncomfortable.’ 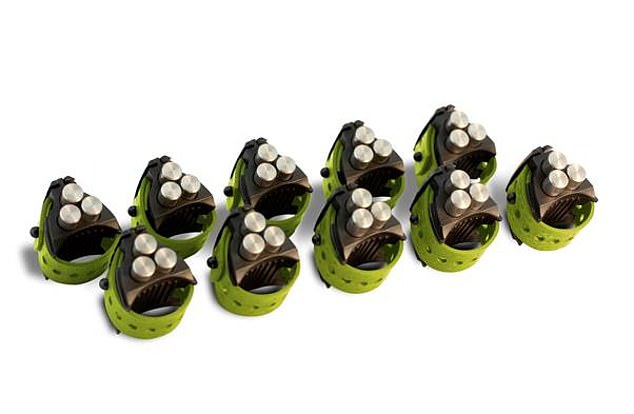 This mouthpiece has sonic bristles (which work like an electric toothbrush) that, it claims, can clean all of your teeth in ten seconds. A trial by the maker on 100 people found it removed 15 per cent more plaque than conventional brushing.

‘This has an interesting design but lacks robust evidence that we have for conventional toothbrushes,’ says Dr Praveen Sharma, a scientific adviser to the British Dental Association.

‘It’s one-size-fits-all and any dentist will tell you that having one mould to fit all jaws is virtually impossible.

‘By contrast conventional toothbrushes allow you to customise brushing to fit any mouth regardless of variations like gaps or size of teeth.’ 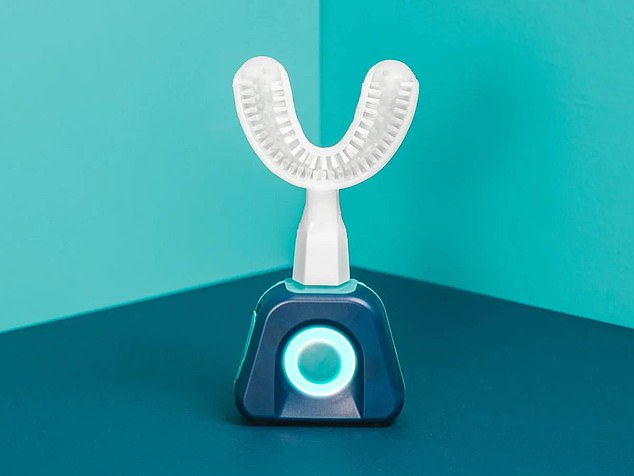 Get hip and press this device into action

This plastic contraption is described as ‘the most revolutionary self-care mobility massage and muscle-release tool’.

You place the device on the floor, get into a press-up-like position over it, and press down so the points on each side poke into your hip bones on either side.

Doing this is said to massage a muscle called the psoas, which connects the lower back to the thigh bone. Some physiotherapists suggest tightness in this muscle is responsible for much back and hip pain.

Will Bateman, a physiotherapist at Surrey Physio, says: ‘The psoas is a very deep muscle. You can’t specifically stretch or work on it, much like you can’t feel it yourself. So while this product may give the area a massage, it won’t target the psoas. On top of that, there’s some debate as to whether the psoas does cause all the pain that’s blamed upon it or whether disc problems or osteoarthritis of the hip are the triggers.

‘I’d rather patients spend their time doing dynamic stretching such as yoga to target all the muscles in this area than focusing on the psoas.’ 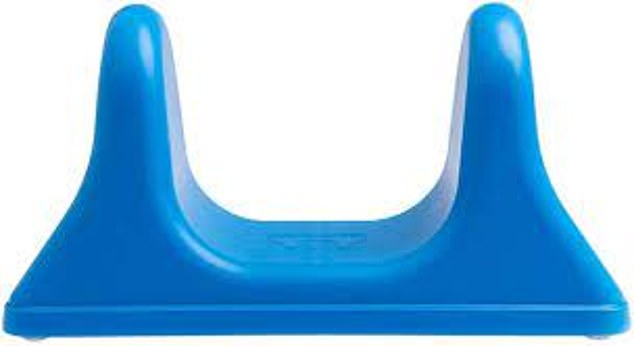