As Prime Minister Rishi Sunak and Chancellor of the Exchequer Jeremy Hunt set a new course for the economy, little remains from the mini-Budget of their predecessors just a month ago.

But one announcement that escaped the axe is the expansion of investment schemes that can prove rewarding for investors.

Three types of investment that afford investors big tax breaks for supporting start-up businesses have been extended – and made more generous.

But as economist Milton Friedman once observed: ‘There ain’t no such thing as a free lunch.’ Attractive though the tax breaks are, the investments are high risk.

Used in the right way, they can generate huge rewards. And it is not just the ultra-wealthy who are able to benefit from them.

HOW THE SCHEMES WORK… AND SOME OF THE SUCCESS STORIES

Venture Capital Trusts, EIS and SEIS allow investors to put their money into companies that are privately owned.

The hope is that with sufficient investment behind them, these small companies will grow rapidly and in time either be bought by a rival or list on the London Stock Exchange, generating profits for investors.

Some of the schemes’ greatest success stories include recipe box firm Gousto, which achieved returns of up to 27 times for EIS investors.

But not all the companies that VCTs, EIS and SEIS invest in are so successful. As a result, investors stand a chance of losing all of their money. The level of risk and volatility is far higher than for more traditional investment portfolios.

VCT and EIS schemes look set to continue thanks to last month’s mini-Budget. Until then, there had been a so-called sunset clause which could have seen these two vehicles close in 2025.

The SEIS scheme was also extended. From April next year, individual investors will be able to put up to £200,000 into a SEIS scheme each tax year – the current annual limit is £100,000.

Mike Hodges, tax partner at accountant Saffery Champness, says: ‘It’s important that an investor isn’t blinded by the prospective tax benefits of EIS, SEIS and VCTs at the expense of the risk that investments in companies qualifying for one of these reliefs bring.’

He adds: ‘The fact that there are generous tax benefits available should serve as a warning that there are big investment risks. That said, for the ‘glass half-full’ investor, the prospect of an upfront income tax break and a capital gains tax free exit can be appealing.’

SOME VENTURES ARE MUCH RISKIER THAN OTHERS

Venture Capital Trusts, EIS and SEIS schemes all invest in UK start-ups, but they operate differently.

A VCT – the most popular – is a company listed on the stock market and behaves like an investment trust.

A fund manager puts together a portfolio, typically of around 30 to 70 companies, and investors buy shares in the VCT, rather than in the individual companies of which it is comprised.

The fund manager can raise money to buy new investments or top up existing holdings. They can only purchase companies that are either not listed, or listed on the smaller Alternative Investment Market (AIM).

Last tax year, a record £1.1billion was invested in VCTs – up from £685million the year before.

Annabel Brodie-Smith, a director of the Association of Investment Companies (AIC), says: ‘Our research shows VCTs have invested £1.7billion in 530 companie

EIS and SEIS schemes are much riskier. This is because you invest in a particular start-up company or a small portfolio of companies picked by a fund manager.

SEIS schemes can only invest in early-stage companies – those with less than two years trading history and fewer than 25 employees.

EIS schemes are still only available for start-ups, but can hold companies with up to seven years of trading history and less than 250 employees. The risky nature of EIS and SEIS means investors must seek professional advice when buying – or prove they are either a ‘high net worth individual’ or sophisticated investor.

SO WHAT ARE THE TAX BENEFITS FOR INVESTORS?

There are numerous tax breaks available. Depending on which scheme you opt for, you may be able to claim income tax relief on your investment, wipe out a capital gains tax bill and pay no inheritance tax on your investments.

VCTs: You can claim up to 30 per cent upfront income tax relief on the amount you invest in a new VCT (or new shares issued by an existing VCT). You must then keep the shares for at least five years. The maximum investment per tax year is £200,000.

So if you invest £10,000 in a VCT, £3,000 can be taken off your income tax bill. If you sell your VCT shares and make a profit, the proceeds will not be liable for capital gains tax.

EIS: You can invest up to £2million a tax year in new shares in EIS-qualifying companies to benefit from income tax relief at 30 per cent of the amount invested.

To retain this tax break, you must hold the shares for at least three years, starting from the date of the investment or, if later, the date the EIS begins trading.

After three years, you can benefit from capital gains tax relief on shares disposed of at a profit. You may also be able to offset any losses on disposal of the shares, either against capital gains or in some cases against income, net of any income tax relief.

You can also defer an existing capital gains tax charge if you reinvest the gain in EIS-qualifying shares.

SEIS: You can invest up to £100,000 per tax year – £200,000 from next April – and receive 50 per cent income tax relief. You will also benefit from a capital gains tax exemption on any profits that arise from the sale of shares after three years.

With both SEIS and EIS, there is no inheritance tax to pay on shares held for at least two years.

WHO CAN BENEFIT MOST FROM THE SCHEMES?

There are other, simpler and lower-risk, tax-efficient investments that investors should utilise before considering VCTs, EIS or SEIS schemes. 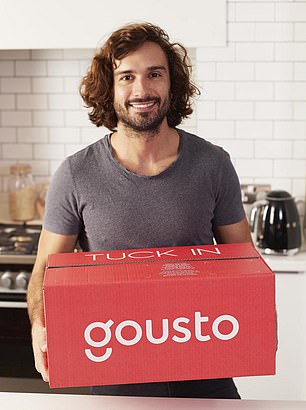 For example, everyone is entitled to put up to £20,000 into a stocks and shares Isa each tax year and benefit from investing free of tax.

Tax relief on pension contributions also allows investors to boost the money they put into a retirement fund.

But for those who maximise their use of Isas and pensions, the three schemes – VCTs in particular – are worth looking at.

Alex Davies, founder and chief executive of Wealth Club – a company that specialises in tax-efficient investments – says: ‘Pensions tax relief has become less generous over the years. It is also increasingly difficult to make a good return from investing in buy-to-let property as a result of recent tax changes. So investors are looking for alternatives.’

WHAT WILL IT COST TO INVEST IN ONE?

Using these schemes does not come cheap. When buying a conventional investment fund, annual fees tend to be around 1.5 per cent. But annual charges on VCTs are typically around two to three per cent. There are also initial charges, which can be up to 3.5 per cent.

Charges for EIS and SEIS schemes are even higher. Managers argue that investing in start-up companies requires considerable research and subsequent management hand-holding.

HOW DO YOU FIND THE BEST INVESTMENTS?

There is no substitute for good, solid research. Read up on the schemes before you commit any money – and if in doubt seek independent financial advice. These investments are not easy to sell in a hurry – and sometimes you are locked in – so don’t commit money you may need to access in the next few years.

The best trusts currently available include:

The Albion VCTs: A joint offer from six VCTs which collectively invest in 70 companies. They invest in high growth sectors such as fintech, software, technology and healthcare.

Evelyn’s Jason Hollands says investors must remember that income tax relief is only available on new share issues and that despite investing in growth companies, VCTs should be primarily viewed as income-generating vehicles.

He adds: ‘As VCTs can pay taxfree dividends, most optimise this feature. So when they sell a holding at a profit, they will usually distribute the gains to investors by way of a dividend.’

More information on VCTs from the AIC at theaic.co.uk/vcts; The Wealth Club (wealthclub.co.uk); and www.bestinvest.co.uk/vcts/current-launches.