In dense bushland in the dead of night, missing backpacker Theo Hayez Googled directions to his hostel – but walked off in the opposite direction to his likely death.

‘There is no way he was doing that by himself,’ his cousin and close friend Lisa Hayez told the inquest into his disappearance on Tuesday. ‘No way.’

The tragic final steps of the Belgian teenager on May 31, 2019, have been revealed at day two of the inquest after being pieced together from Google data on his phone.

It revealed the treacherous route Theo, 18, took after he was he was kicked out of a local bar by security in Byron Bay, northern NSW, for appearing drunk.

But although the teen repeatedly Googled how to get back to his WakeUp! hostel on the opposite side of town, he constantly ignored the instructions.

In dense bushland in the dead of night, missing backpacker Theo Hayez (pictured) googled directions to his hostel – but walked off in the opposite direction to his likely death 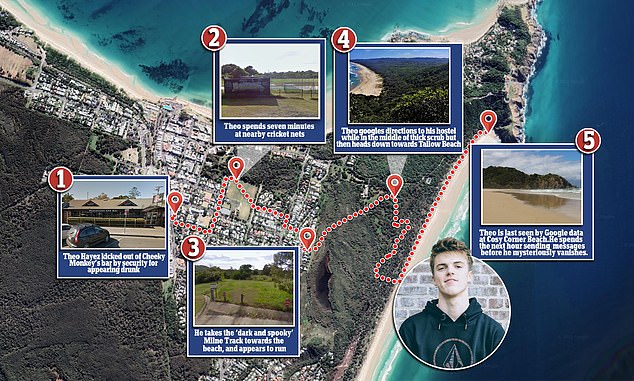 The tragic final steps of the Belgian teenager on May 31, 2019, have been revealed at day two of the inquest after being pieced together from Google data on his phone

Instead he took a detour through the town, stopping at cricket nets for seven minutes before heading to a remote scrub trail towards Tallow Beach.

Again and again, he Googled how to get back to his hostel before going deeper into the bushland, at times appearing to run or walk quickly.

Finally he reached the waterfront and walked up the sand a spot known as Cosy Corner beach, at the foot of Byron Bay Lighthouse, around midnight.

Once there he switched off his location services, sent relaxed messages to family and friends, before his phone suddenly switched off at 1:02am and he was never seen again. 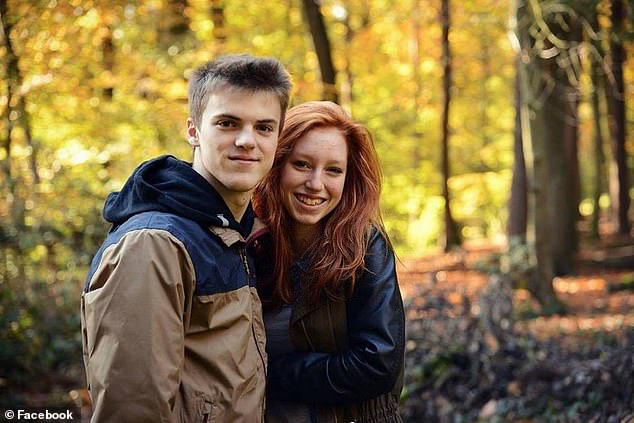 Google data has revealed the treacherous route Theo Hayez, 18, (pictured with his girlfriend) took after he was he was kicked out of a local bar by security in Byron Bay, northern NSW, for appearing drunk

Ms Hayez revealed how in the wake of his disappearance, she had retraced his steps in daylight and at night to try to work out what had happened to him.

And she insisted there was no way he would ever have made the trip alone, especially deep into the bush.

‘It was scary,’ she told the inquest.

‘I could see him starting the walk but he would probably have stopped once he started to go into the deep bush land and be like, that’s not safe for me to do by myself.’

Ms Hayez insisted the engineering student-to-be was an expert user in Google Maps and would never have got lost. 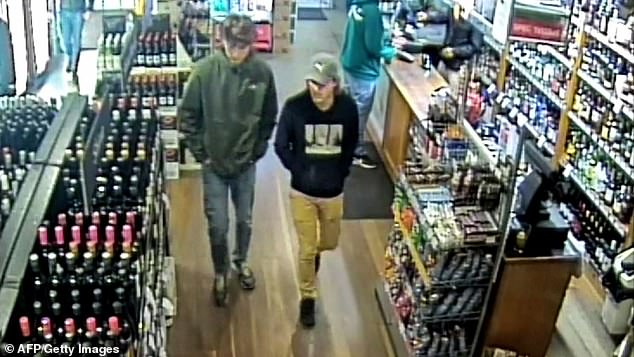 Theo Hayez (pictured, right, with a friend) was spotted on CCTV at a bottle shop earlier on the evening he disappeared

The pair had been travelling Australia together she said and would always use Google Maps everywhere they went to navigate even short trips around Melbourne.

‘Obviously Melbourne is a big city, and we didn’t know where to go and how to get to it,’ she told the inquest.

‘We would use Google Maps for everything – to see the tram if it was walking distance or everything, so it would be like constantly using Google Maps.

‘He would be better at it than me.’ 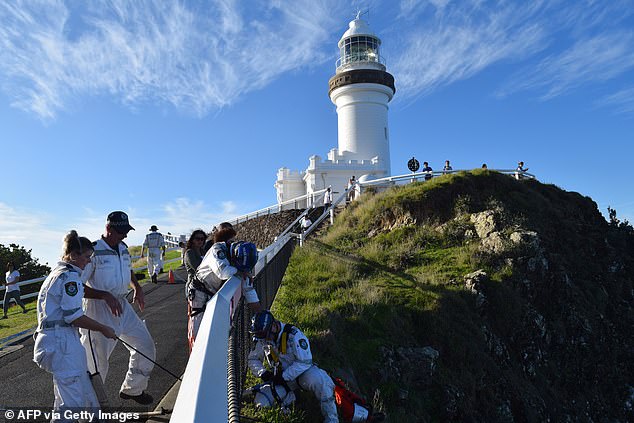 Theo Hayez sent his last messages on his phone from Cosy Corner Beach, near the base of cliffs below Byron Bay lighthouse (pictured)

She said Theo would be the navigator of the pair and she never saw him make a mistake.

If the blue dot was slow to update when the app first started to navigate, she admitted, he could however set off on the wrong direction at first.

‘That happened when we didn’t have a good connection or if he just reopened Google Maps or stuff like that, but it wasn’t for a long time and it didn’t get us lost,’ she said.

Theo Hayez, 18, enjoyed one last night out in Byron Bay on May 31, 2019, before he mysteriously vanished and was never seen again.

7.45pm: Theo Hayez and an unnamed friend were caught on CCTV camera at a local bottle shop in Byron Bay.

Approx 9pm: Theo and backpackers leave the hostel to head into town. He drinks two schooners at Cheeky Monkey’s bar and is seen swaying on CCTV.

Approx 11pm: The last confirmed sighting of Hayez. He was spotted leaving the Cheeky Monkey’s bar after being ejected by security for appearing drunk. The backpackers he was with were unaware he had been kicked out.

Theo is seen on CCTV outside the bar googling directions to his hostel, but walks off in the opposite direction.

He stops at some nearby cricket nets and stays there for seven minutes.

11.30pm: About 1km from the bar, he again googles directions to his hostel. However he instead leaves the streets of Byron to walk through dense bush along the dark Milne Track towards Tallow Beach, sometimes appearing to run or walk quickly, according to Google data.

11.39pm: He again googles directions to his hostel while in the thick scrub but then heads down towards Tallow Beach

11.49pm: Googles for directions to his hostel again after he reached the beach but walks along the sand towards Cosy Corner Beach, about 1.2km away.

12.05am, June 1: After arriving at Cosy Corner beach, he turns off location services on his phone, apparently to save battery. For the next hour, he sends light-hearted Facebook messages to friends and family.

12.55am: Theo sends his stepsister Emma a WhatsApp message in French, his final recorded contact with anyone.

1:42pm: Theo’s phone stops receiving data for the last time and has never been found since.