Thelma & Louise the musical! Amanda Seyfried and Evan Rachel Wood in line to play iconic duo for stage version of the 1991 movie

Seyfried’s involvement comes after it was cryptically revealed that she missed picking up her Golden Globe this Tuesday, because she was ‘deep in the process of creating a new musical.’

Now, Variety reports that she and Wood could be playing the iconic characters first famously portrayed by Susan Sarandon and Geena Davis respectively.

Thelma & Louise the musical! Amanda Seyfried and Evan Rachel Wood in line to play iconic duo for stage version of the 1991 movie

Per the report, the original screenwriter of the movie, Callie Khori, has been attached to the musical since last year, with indie songwriter Neko Case working on the songs and Haley Feiffer (Dear Edward) writing the book.

Seyfried, 37, has previously impressed audiences with her vocal talents on the two Mamma Mia musical films, while Wood, 35, also starred in the Beatles jukebox musical Across the Universe directed by Julie Taymor.

The Mean Girls actress was lauded yet again on Tuesday as she won a Golden Globe for her role as Elizabeth Holmes in Hulu’s The Dropout.

However, her no-show at the event set Twitter ablaze after it was revealed onstage that she was busy working on a new musical.

Classic cinema: The iconic characters were famously portrayed by Susan Sarandon and Geena Davis respectively in the 1991 action flick

The Mamma Mia star then addressed her absence on Wednesday, confirming her work on the musical, saying she was in New York at the time of the event.

‘I was on FaceTime with my Dropout team, my wonderful Dropout team who are the reason I got this award,’ she said.

‘It is a true honor to have been a part of that. I had to miss it because I am doing something that is magic and it’s musical. So I’m finally getting to do something that I’ve never really done.’

She added: ‘That’s all I can really say about it. Hopefully more soon. But it’s a lot of work. It’s more fun, and it’s been a great night. So in lieu of any acceptance speech I’m just going to say thanks to all my Dropout family and my family.’ 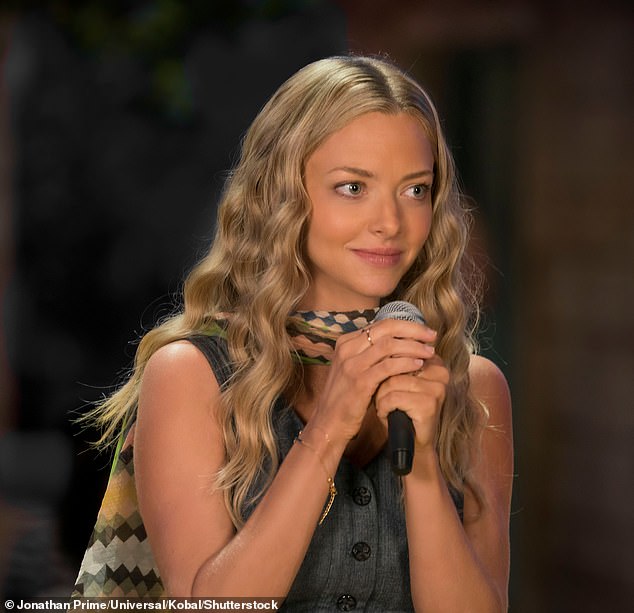 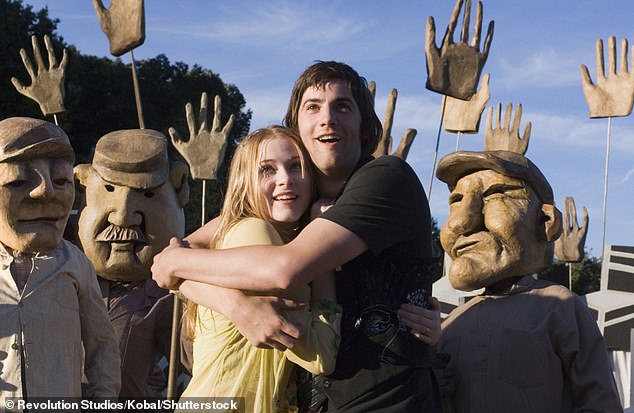