It was a Christmas tradition to reach out to share long-distance holiday greetings with family and friends on the telephone.

The problem was, it was a tradition kept by everyone else in the 1980s — and that could be frustrating.

She added that 23,000 of those calls to faraway places had required operator assistance.

Better than in past years…

But Cahill said an improvement called the Direct Distance Dialling system meant the telephone company, Maritime Telegraph and Telephone, could handle just over 28,000 calls an hour.

“It’s the callers who must have operator assistance for overseas calls, or person-to-person calls, who have been experiencing delays,” she said.

A limitation of an operator-assisted call was that the operator could make only one attempt to put a call through.

“If the call doesn’t go through, then the caller has no choice but to wait, and try again later,” said Cahill.

A telephone company spokesman said callers should dial directly whenever possible: for one thing, it was cheaper, and for another, they could “call whenever they like” without having to wait for an operator.

“Boxing Day will be another busy day for the phone company,” said Cahill. “It’s estimated over 100,000 long-distance phone calls will be made.”

… but still not seamless 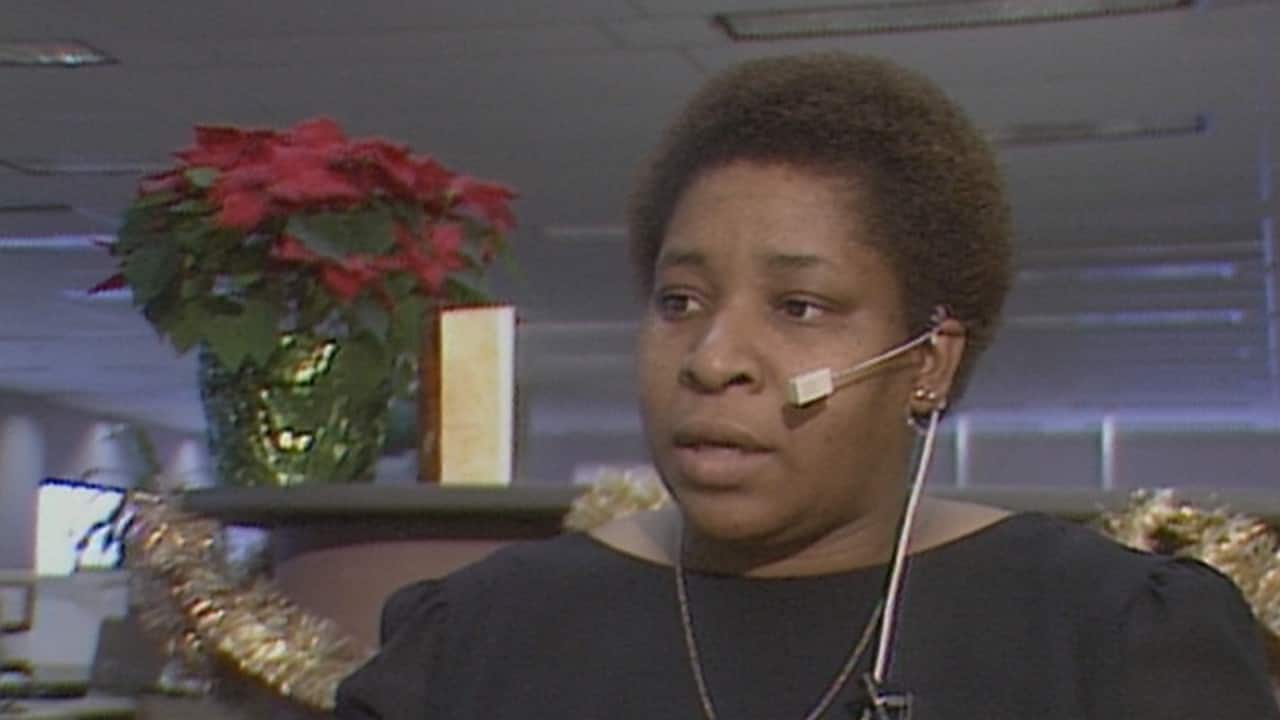 It’s not a day off for everyone, and in 1986 that included operators tasked with helping Canadians place a phone call. 1:27

Six years later, long-distance callers still had phone frustrations when trying to reach out, as the CBC’s Jonathan Mann reported.

“Operators at Bell Canada try to help us,” he said, as a caller asked for help getting through to Niagara Falls. “But on Christmas Day, it’s not always easy.”

“Let me try the operator in Poland for you,” one employee was overheard saying to a caller.

“I think we’re having an overload go through on the circuit, sir,” said another. “It’s Christmas. We’re having too many calls go through at once.”

Despite Bell’s efforts to schedule “dozens” of extra operators for Christmas, many long-distance calls just weren’t going through.

“We’re really busy, it’s constantly calls waiting,” said a young man in a headset. “Circuits are busy for overseas for every call that I’ve put through.”

The reporter said Bell suggested calling “while most people are eating dinner” or, better yet, late in the evening or the next day.

“And if you still can’t get through, be patient with the operator. Be nice,” said Mann, while standing in a phone booth. “After all, it is Christmas.”