EXPRESS INFORMER > Health & Medicine > The tragedy of young sepsis deaths is that many are preventable, writes DR RON DANIELS

Last weekend, Guardian journalist Merope Mills wrote, in harrowing detail, of the catastrophic hospital failures that led to the death of her 13-year-old daughter Martha.

The impact of her story has reverberated across the NHS, and few who read it, not least those in the medical profession, will fail to have been deeply shocked and saddened.

Martha fell off her bicycle last summer, sustaining a significant but treatable injury. But less than a month later, she was dead.

Merope, understandably, spoke of her guilt, having trusted the senior doctors whose poor decisions ultimately led to this tragedy.

But responsibility for Martha’s awful, avoidable death lies only with the hospital staff at King’s College Hospital in London, who were found at a subsequent inquest to be negligent.

And it is vital that these failings are aired and understood fully, if we are to avoid situations like this happening again. Because they do happen, and will keep on happening unless things change.

Martha died of sepsis, a potentially life-threatening reaction to an infection. In this case, as with thousands of others, it wasn’t spotted or treated until it was too late. Yet sepsis shouldn’t come as a surprise to any doctor, given how common it is.

Chloe Rideout, 20, (pictured) was discharged from University Hospital Plymouth in 2018 after a routine appendix operation despite feeling unwell and blood tests showing the telltale signs of sepsis 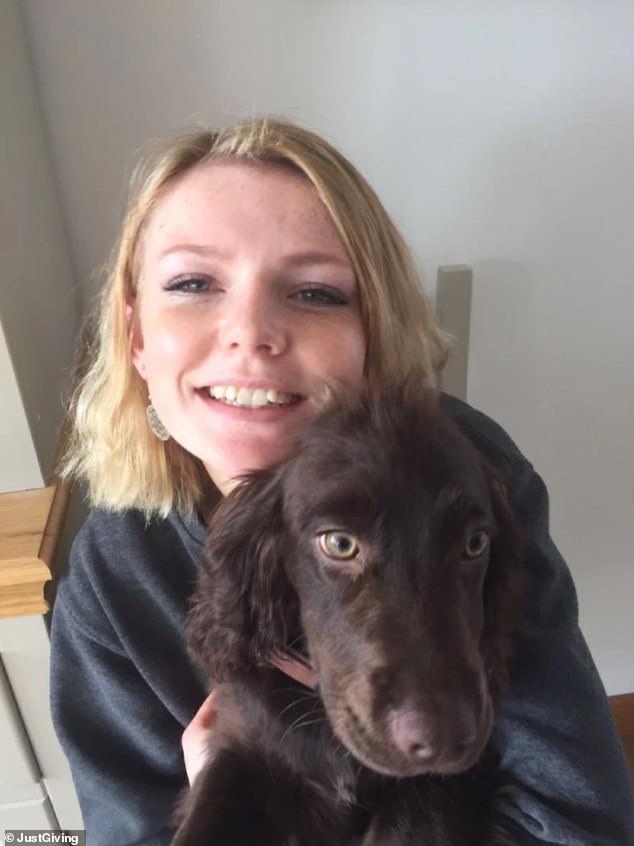 But the results weren’t reviewed in time, and in little over a week she was dead 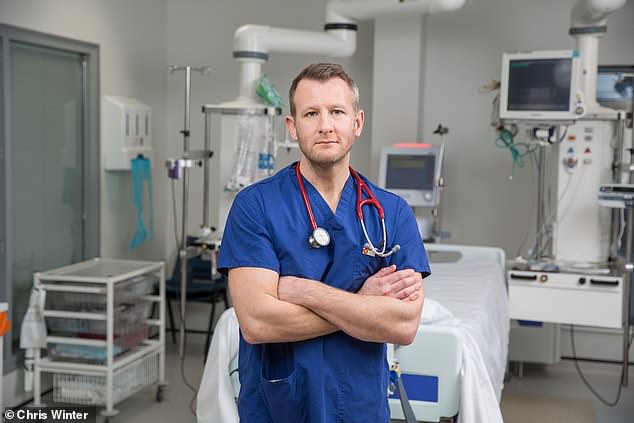 Dr Ron Daniels (pictured) is founder of the UK Sepsis Trust, which is leading the work to drive down the death rate from sepsis in the NHS

These include 20-year-old Chloe Rideout, who was discharged from University Hospital Plymouth in 2018 after a routine appendix operation, despite feeling unwell and blood tests showing the telltale signs of sepsis. But the results weren’t reviewed in time, and in little over a week she was dead.

And Skyla Whiting from Pontypool in Monmouthshire, who died of sepsis just days before her fifth birthday when doctors failed to spot the condition despite her suffering a number of symptoms.

As an intensive care consultant, I have dedicated a large part of my medical career to getting this lethal condition on to doctors’ radars.

My interest began 17 years ago, after a man in his 30s with two young children died on my intensive care unit, having contracted sepsis. It was clear that colleagues could easily have saved his life had they tried a few simple interventions earlier.

Soon afterwards I founded the UK’s foremost charity dedicated to this cause, The UK Sepsis Trust.

Back then, few medics knew how widespread or serious sepsis was. But thanks to our work, colleagues and patients began to take notice.

Today, three-quarters of Britons know that sepsis is a life-threatening emergency, compared with only a third a decade a go. And nearly all hospitals have adopted sepsis guidelines that my team and I developed, which were later shared with NHS chiefs.

These include detailed instructions on how to spot and treat the condition effectively. So why are thousands still dying needless sepsis deaths every year? The answer is complicated. 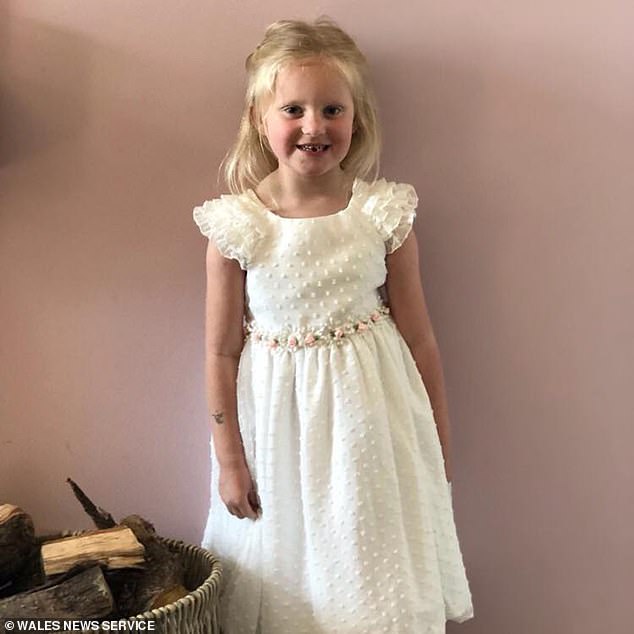 Skyla Whiting (pictured), 4, from Pontypool in Monmouthshire, who died of sepsis just days before her fifth birthday when doctors failed to spot the condition

Mostly the reason is that doctors are still failing to consider that it could be sepsis causing a patient’s problems. In Martha’s case, the fatal mistakes began when, while being treated for the pancreatic injury she sustained when she fell off her bike, she developed a fever and diarrhoea – a sign of an infection.

This didn’t resolve after a course of antibiotics. Fevers that don’t go away with antibiotics can be due to a number of things, including inflammation, a deep-seated infection and side effects from drugs. It is because of this that sepsis gets missed.

Hospital teams are always supposed to screen patients with infections for sepsis – just in case – and all those with a fever should be closely monitored for one of the nine red-flag signs. These include a rash that doesn’t disappear when pressed with a glass, a heart rate above 130 beats per minute, a drop in blood pressure and not passing urine. Martha developed several of these, along with bleeding from the line in her arm and tube in her abdomen, yet the protocol wasn’t followed.

Only one symptom is needed to trigger our Sepsis Six action plan – steps that can prove life-saving.

Doctors must conduct a series of interventions as quickly as possible, such as giving oxygen, intravenous antibiotics, fluids and checking bloods and urine for signs of deterioration every hour. And here’s the crucial part: doctors must keep a close eye on patients and escalate the situation urgently if they aren’t getting better. This means requesting an assessment by intensive care specialists.

Intensive care doctors are highly experienced in treating severe sepsis. They have access to more sophisticated equipment, such as life-support machines, and potent drugs, and are used to responding quickly to emergencies.

In Martha’s case, the inquest heard there were at least five occasions when her doctors should have requested an intensive care review but did not. Within days of her rash appearing, Martha was dead.

Sometimes problems ingrained within the hospital culture set doctors up to fail.

In some hospitals, doctors and nurses are answerable to a handful of senior consultants at the top of the chain.

At medical school today, junior doctors are told they should not hesitate to question the decision of more senior staff if they think patient safety is at risk.

But senior consultants can, occasionally, be grand and intimidating. To be frank, some can be arrogant – unwilling to accept advice or assistance from other, lower-ranking staff.

Arrogant attitudes were said to have played a role in Martha’s death, with specialist consultants reluctant to seek input from more junior doctors. 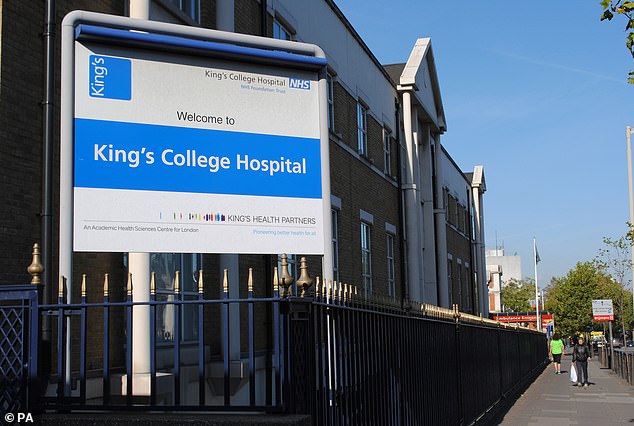 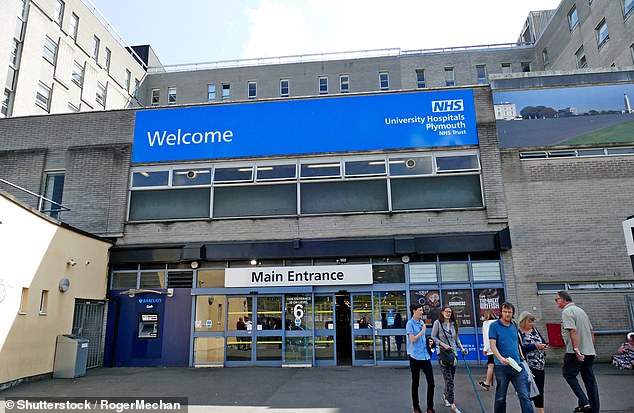 It is becoming increasingly common for consultants and junior doctors to work on one ward a few days at a time, before handing over to the next person. Instructions may not be passed on.

None of these are excuses. But they might help you, as a patient or loved one, recognise high-risk situations. A relative or friend’s judgment is vital: they often notice changes in patients that doctors won’t spot.

My message is: trust your instincts. If the doctors’ judgment doesn’t feel right, request a meeting with them, via their medical secretary, or voice concerns with the nurse in charge.

If that doesn’t work, speak to the hospital’s patient liaison service (PALS) for confidential advice.

And if all else fails, call or email the head of the NHS Trust or ask for a second opinion.

Most senior doctors I know have done a fair bit of soul-searching after reading Martha’s story. They tell me they plan to educate junior staff about the importance of sepsis protocols

It is a shame it took the needless death of a young girl to get here.