Terrifying flight path data has shown how two planes were heading straight for each other moments before colliding and plummeting to the ground with no survivors.

Four people were killed after two light planes smashed into each other 4,000 feet above sea level over Mangalore airport in northern Melbourne on Wednesday morning.

Air crash investigators are scanning two crash sites on either side of the Hume Highway after the planes spiraled out of control after impact, leaving experienced pilots Pete Phillips, Igo Segev, one Thai and one Israeli passenger dead.

Flight data has revealed the collision occurred just five minutes after the Piper Seminole VH-JQF took off from Mangalore airport.

Flight data has shown how two planes collided mid-air over Mangalore airport in northern Melbourne on Wednesday. Pictured: police investigate one crash site after the crash 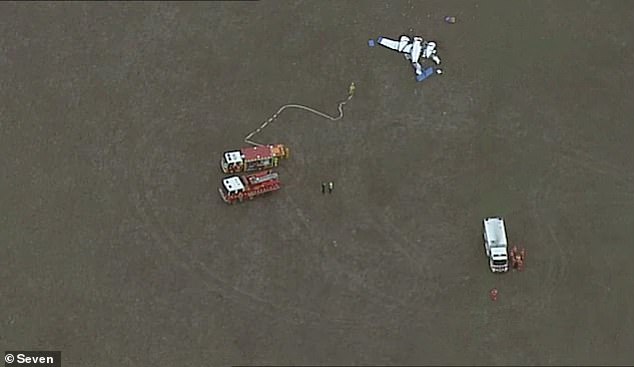 The planes landed around one kilometre from each other, with the bodies of the four victims found in each of the planes. Pictured: response teams attend to the paddock crash site

The Piper Aircraft took off at 11.20am and was using instruments to fly in the cloudy conditions.

At 11.25am the Piper hit the Beechcraft Travel Air VH-AEM which had taken off from Tyabb airport near the Mornington Peninsula at 10.55am and was descending to land at Mangalore Airport.

Both planes spiraled out of control, with the bodies of all victims found inside the plane wreckages at both crash sites in Lambing Gully Road, Avanel and Seymour-Avanel Road, Managalore.

The wrecks are around one kilometre away from each other. 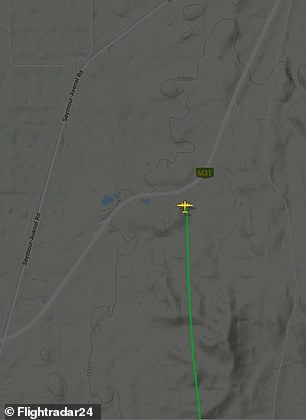 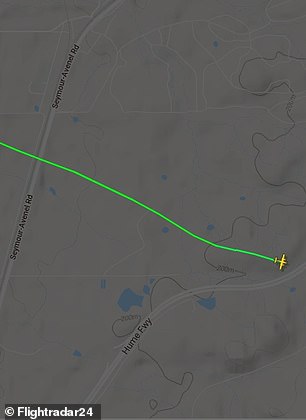 The Beechcraft Travel Air VH-AEM took off from Tyabb airport near the Mornington Peninsula at 10.55am and was set to land at Mangalore Airport (left) while the Piper Seminole VH-JQF took off from Mangalore airport as the other plane was descending in cloudy conditions

‘You couldn’t even tell it was an aircraft,’ Inspector Koger said.

Both planes were conducting instrument flight rules training and were flying under the common traffic advisory frequency, which requires pilots to inform others of where they are going.

Tributes to the victims have flooded in, with Mr Segev being remembered as someone who died doing what they loved.

‘Ido was one of a kind, a modest and loved young man, professional and extremely talented with hands of gold,’ one tribute reads. 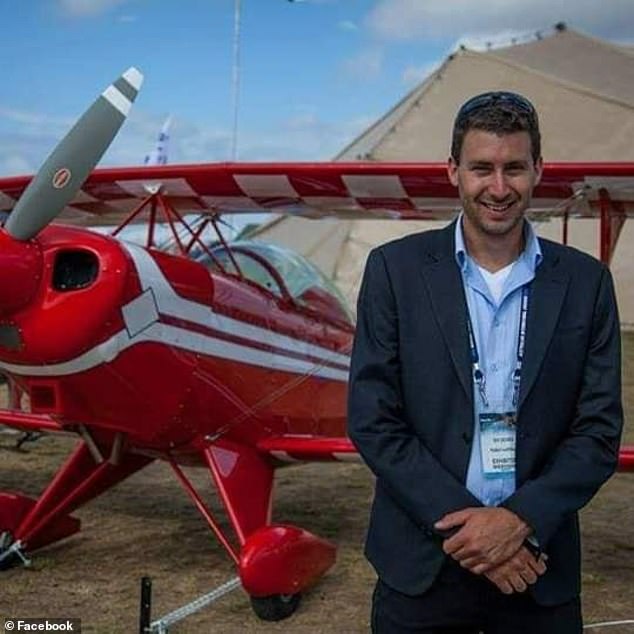 Igo Sedev was one of the pilots who died in the crash, and was remembered by friends and family as someone who was extremely talented with hands of gold

‘We don’t have any explanation of what happened. We can’t speculate on that,’ Mr Gibson said.

The incident was Australia’s first mid-air plane crash in more than a decade.

Local Joanne Dwyer was on the Hume Freeway on her way to Seymour on Wednesday morning when she saw a plane ‘doing what I would call a death roll.’

‘Planes do practice manoeuvres around here all the time but I thought that seems to be going a bit lower than normal,’ she told The Age.

Specialist investigators have launched an inquiry into what caused the planes to collide. 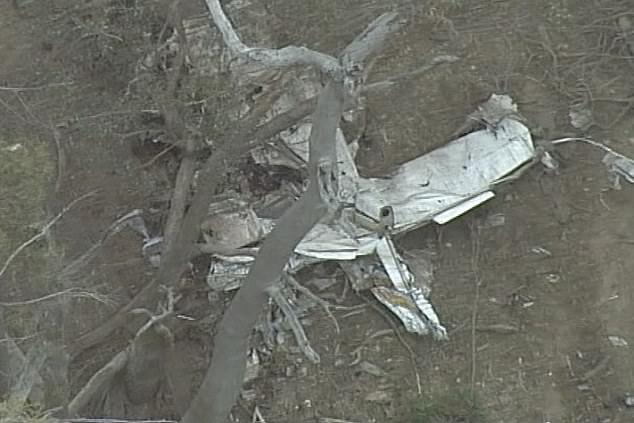