The Taliban has unveiled the first ever supercar designed and made in Afghanistan.

The aggressive and sleek-looking Mada 9 prototype sports car is the culmination of five years of design and development led by 30 engineers at manufacturer ENTOP and Kabul’s Afghanistan Technical Vocational Institute (ATVI).

Its capabilities on the road remain to be seen – the vehicle is immobile in almost all footage circulating on social media, and ENTOP has not released any performance data whatsoever.

It’s unlikely to rival the likes of Bugatti and McLaren with the team behind Mada 9 claiming its engine is that of a comparatively pedestrian Toyota Corolla hatchback.

Taliban spokesman Zabihullah Mujahid proudly posted images of the car on social media and said its construction was an ‘honour’ for the whole country. 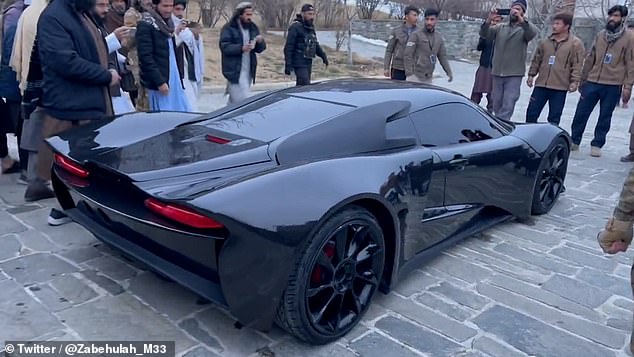 The car set off for a short test drive at its unveiling in late December, surrounded by engineers and eager onlookers 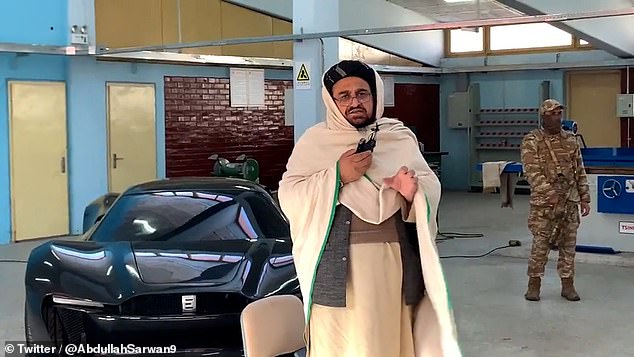 ‘I would like to thank the Department of Vocational Education, under their umbrella, the country has been provided with valuable services,’ he wrote on Twitter.

One clip showed the coupe gliding gently down a snowy road with a pleasingly throaty rumble coming from its exhaust, much to the delight of eager onlookers, suggesting the Mada 9 is at least one step ahead of most other prototype cars.

The Head of ATVI Ghulam Haidar Shahamat told Afghanistan’s TOLO News that the Toyota Corolla engine has been modified in such a way that ‘if you increase the speed, its powerful enough to take it,’ but claimed ENTOP intends to install an electric powertrain in the Mada 9 at a later date.

Taliban’s Higher Education minister Abdul Baqi Haqqani gave an impassioned speech at the car’s unveiling at ENTOP headquarters, extolling the scientific values of Afghanistan and claiming the car was proof of the regime’s commitment to provide ‘religious and modern sciences for its people’.

Meanwhile, ENTOP CEO Mohammad Riza Ahmadi told TOLO News that he hoped the supercar would ‘convey the value of knowledge to the people’ and help to boost Afghanistan’s image on the world stage.

‘It will start its journey in Afghanistan and will one day maybe go international,’ he told TOLO News reporters.

A tweet posted by Ahmadi on New Year’s Eve read: ‘I thank God very much that I was able to finish the construction of Afghanistan’s first car.

‘I would like to thank the great national businessmen and the dear people of Afghanistan who stood by my side during this time.’ 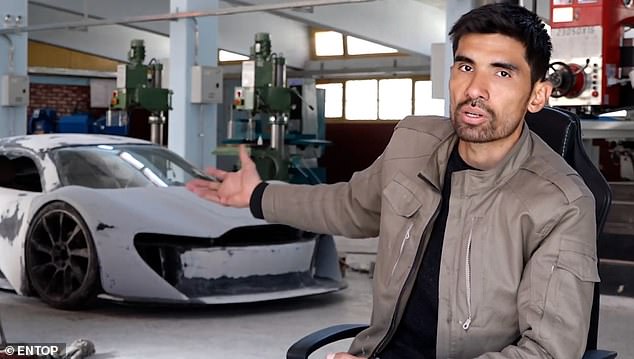 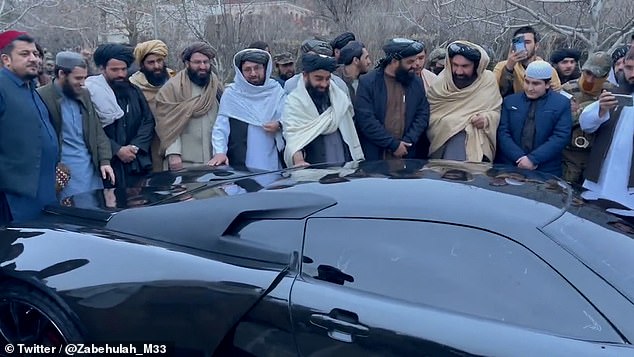 A host of eager onlookers surrounded the car at a recent unveiling, stroking the bodywork in admiration 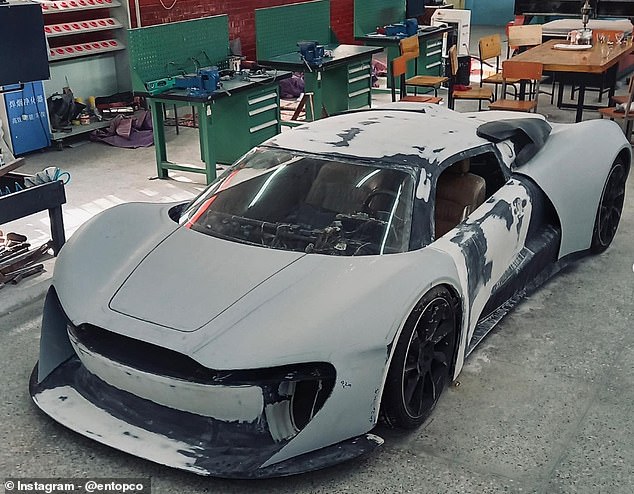 TOLO News reported that the prototype will soon be complete and claimed ‘efforts are underway to display the car at international exhibitions’. 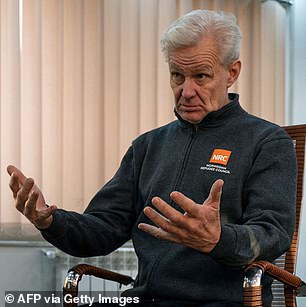 Jan Egeland, secretary-general of the Norwegian Refugee Council, railed against the Taliban’s decision to ban women from higher education and most work opportunities

The news of the supercar was met with much praise in Afghanistan and social media users eagerly shared images of the vehicle claiming it as proof of the nation’s scientific and technological capabilities.

But many more users pointed out that the supercar was unveiled as Afghanistan battles one of the world’s worst humanitarian crises, while the country’s women have seen their rights to study and work wiped away by the Taliban.

The Taliban had ‘promised through their representatives that there will be no ban on female education or on female workers’, said Jan Egeland, secretary-general of the independent Norwegian Refugee Council (NRC).

‘Clearly, we have been misled by the Taliban government. Clearly, they are making it impossible for us to work now,’ he said on Monday.

The NRC has nearly 500 women employees working in areas such as food security, education, legal assistance, water, and sanitation across remote areas of Afghanistan.

Women are vital for on-the-ground aid operations in Afghanistan, particularly in identifying other women in need, but are no longer able to perform their roles. 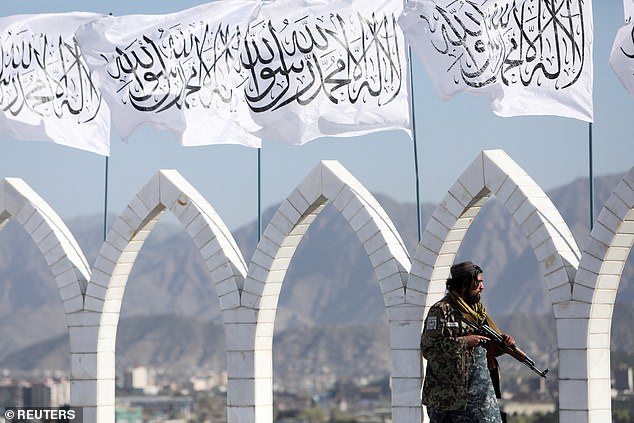 A Taliban fighter is seen at the Taliban flag-raising ceremony in Kabul, Afghanistan, March 31, 2022 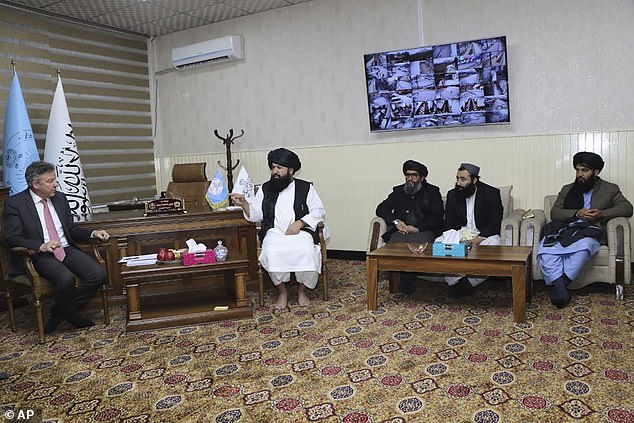 International aid agencies say much of Afghanistan’s 38 million people are hungry with three million children at risk of malnutrition.

The hardline Islamists seized power in August 2021, promising a softer version of their brutal 1996-2001 rule that was infamous for human rights abuses.

But they have rapidly squeezed women out of almost all areas of public life over the past several months, banning them from secondary and higher education, public sector work and visiting parks and baths.

Egeland said several senior Taliban officials are against the decrees, acknowledging that many had sent their daughters to schools operated by NGOs before the war ended.

‘I’m hearing that there’s a fierce debate in the Taliban… There is an internal battle and the wrong group seems to have the upper hand now,’ he said.

Government officials claim the ban was imposed because women were not observing Taliban rules on wearing the hijab, an allegation denied by aid workers.

The Taliban government has yet to be officially recognised by any country and only a handful of nations have a presence in Afghanistan.