The stunning winning entries from the Mobile Photography Awards revealed (and there’s not a selfie in sight!)

These are the stunning winning images of a photography contest with a difference – they were all shot on mobile phones.

The eighth Mobile Photography Awards attracted over 7,000 entries from photographers in more than 65 countries.

The grand prize winner was Dominika Koszowska, a graphic designer and fine art photographer from Poland.

Jury Member Alon Goldsmith, an LA based photographer and educator, says about Koszowska’s work: ‘[Its] playful exploration of scale bestows a sense of majesty and wonder to her subjects. She invites viewers to bare witness and linger in magical spaces that are all the more magnificent for having been seen.’

The awards founder, Daniel Berman, a photographer from Toronto, said: ‘The iPhone is still the most widely used by our entrants but this is year we’ve seen a wide variety of other camera phones used for our winning photos. The work we see each year always gets better.’ Scroll down to see the some of the amazing winning entries… 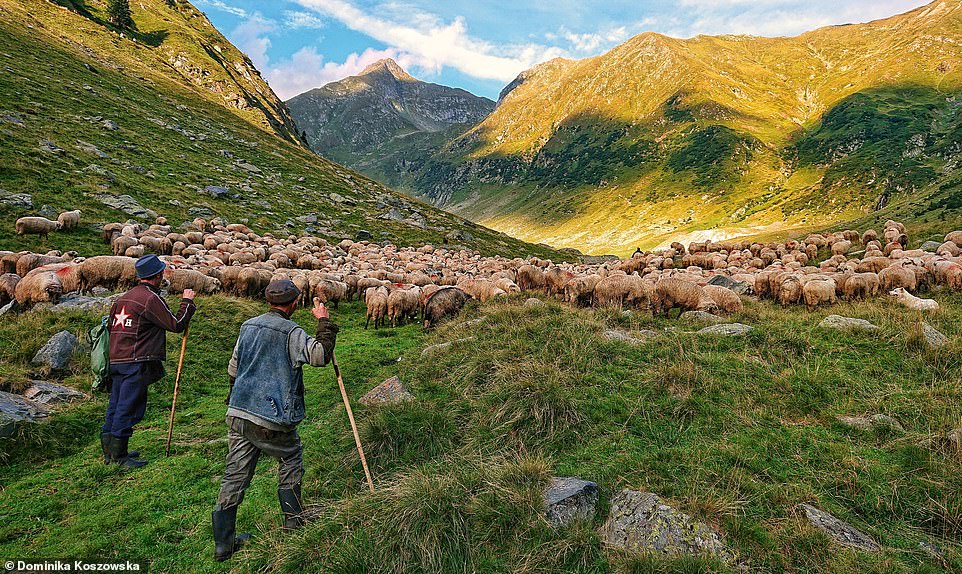 The overall winner of the contest was Dominika Koszowska, a graphic designer and fine art photographer from Katowice, Poland, who shot this fascinating snap 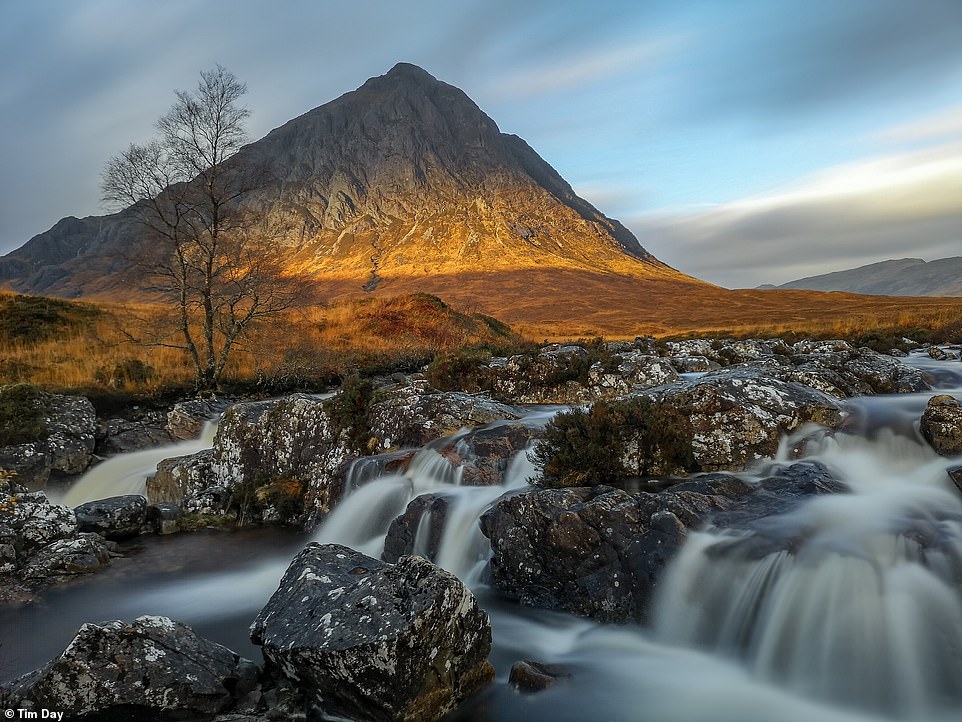 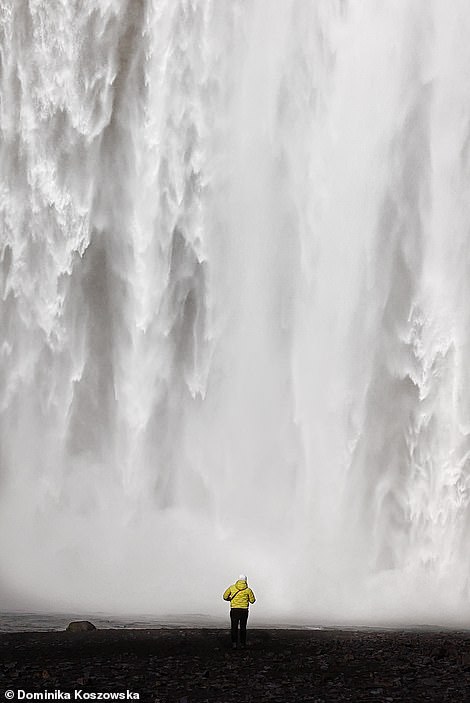 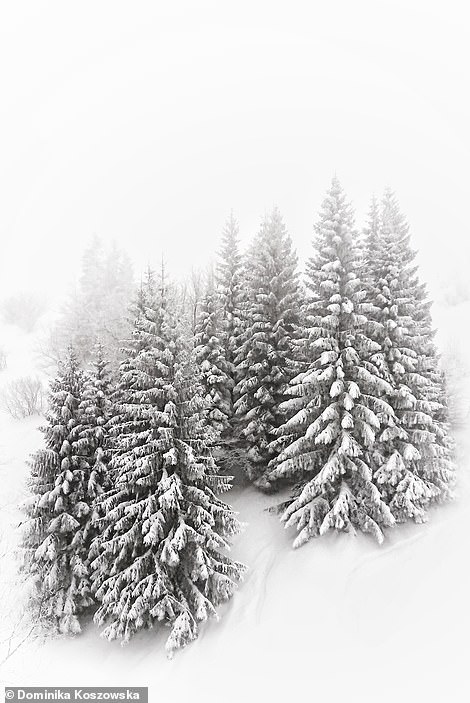 Pictured left is a shot that grand prize winner Dominika took at Seljalandsfoss Waterfall in Iceland using a Sony Xperia phone. She also took an image of snowy trees in the mountains, right 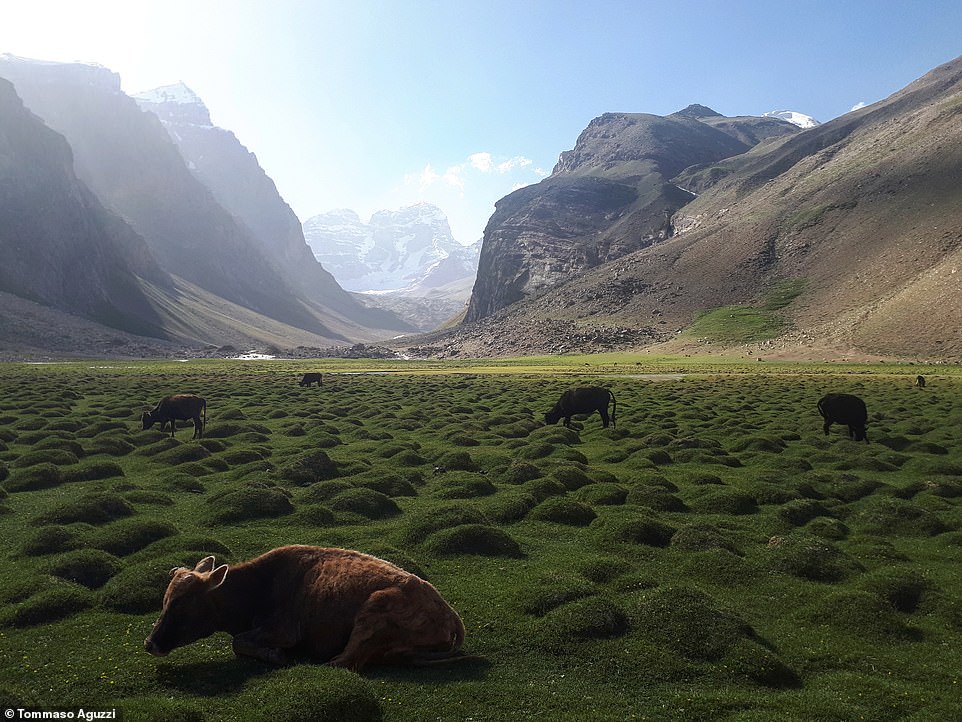 The nature and wildlife category was won by photographer Tommaso Aguzzi, who snapped this image using his iPhone 7 Plus 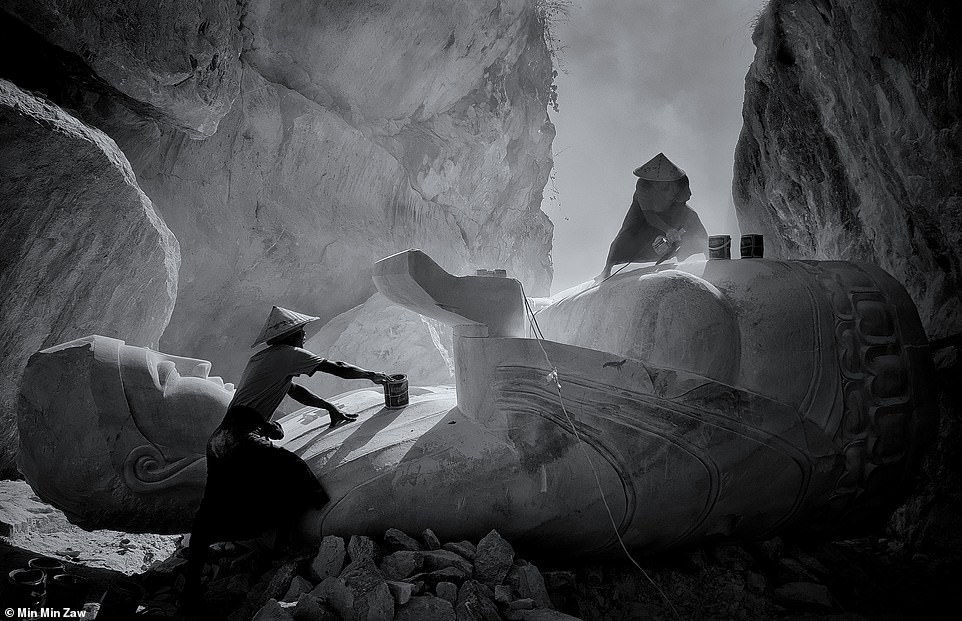 A pair of workers construct a large statue in Myanmar in an image captured by Min Min Zaw, who won the black and white category. The image was taken on a Xiaomi phone 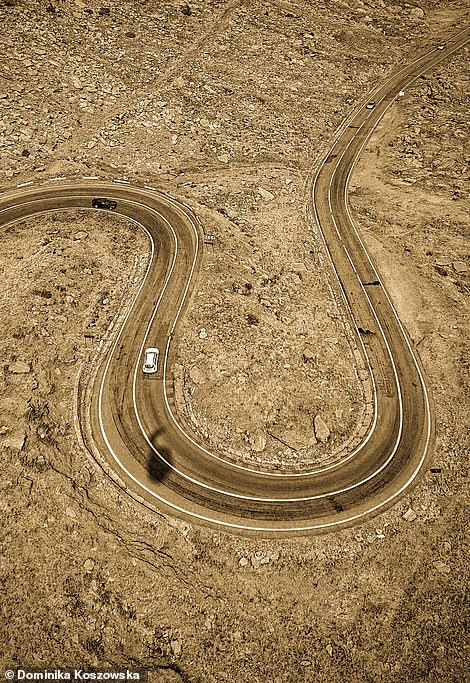 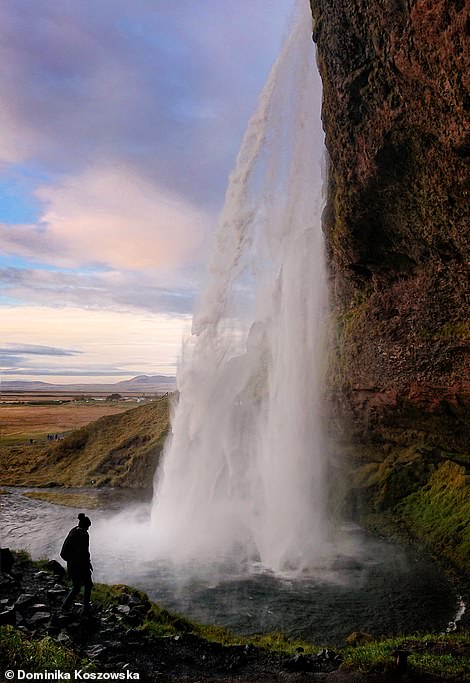 The eighth Mobile Photography Awards attracted over 7,000 entries from photographers in more than 65 countries. Winner Dominika captured an aerial shot of a winding road, left, and on the right is another image she captured of the Seljalandsfoss waterfall 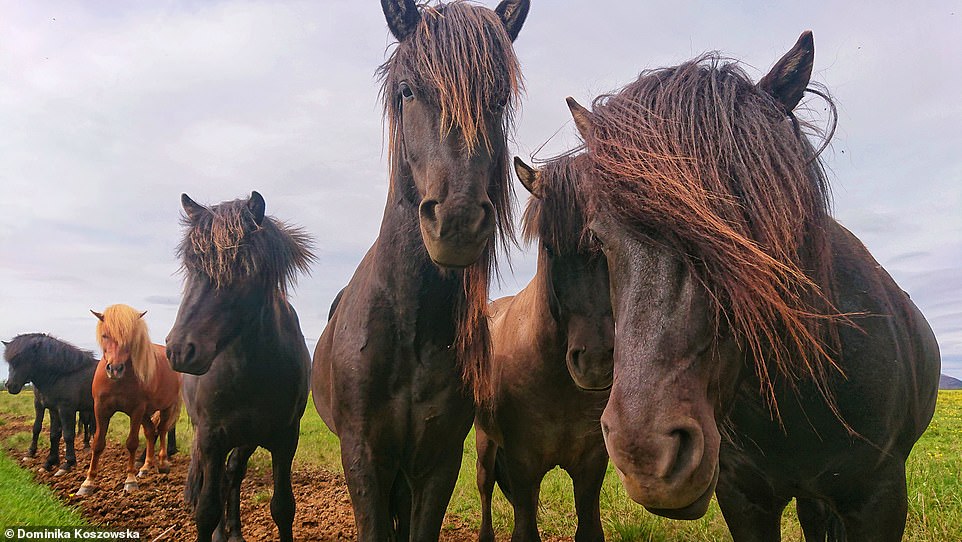 Grand prize winner Dominika travelled to Iceland, where she was able to snap these friendly horses